The Future of Drone Development

Many of us associate DJI with their dominance in the drone market for photo and video; however, there is an entire world of enterprise solutions that you might know about. These are innovations that could even show up in the next drone you purchase.

Recently, I got to spend a few days attending DJI Airworks in Las Vegas. The enterprise world of drone technology is still quite new, and AirWorks was started a few years ago to showcase new technology being developed within the space by more than just DJI. In the same way the robotics and RC community uplifted drone technology in its infancy, the enterprise world started by taking consumer drones and adapting them to completely different use cases than they were intended. I’ll be writing more about their impact and use in surveying, emergency response, industry, and much more in an upcoming article, so keep your eyes open for that if you’re interested.

The demand for better solutions has caused a rapid development of DJI’s enterprise sector, and it’s reached a place where some of that technology might provide uses for everyday consumers as well.

A Parachute for Your Drone

Anytime you put your drone into the air, there is a risk of something happening. As drones get more expensive, thankfully, their sensor arrays have become far more developed to prevent crashing. But if you’re like me, I’ve put my drone through some absolutely wild conditions.

When I took this photo in Iceland, I couldn’t land my drone because of the strength of the wind. The solution was to run to a nearby building and let the drone crash into the snow as it fell out of the air. It was not a solution I was happy with, but everything worked itself out, and at the end of it all, the drone still worked perfectly fine, and most importantly, I was able to recover those delicious images.

At DJI Airworks I got to take a look at a parachute for your drone made by FlyFire in coordination with DJI. They had solutions for enterprise level drones and, more importantly, to those of you reading, consumer drones such as Mavic 2, Mavic 3, and hopefully the air series in the future. Made to automatically detect when a drone is spiraling out of control or descending at a rate not possible in normal flying, it will deploy a parachute that avoids the propellers and significantly slows down the drone from catastrophic impact. The parachute is replaceable in the event yours ever does deploy as well.

While it won’t save you from crashing into a tree, it could very well save your drone from being destroyed on impact. More importantly, it could prevent hurting someone in the event you are flying in an area with people, like a beach. Even though there are restrictions on height,and many times, no flying at all, there are still locations out there where having something like this could improve the safety of those around.

It can also improve your chances of recovering your drone in the case of your batteries dying mid-flight, which has happened to a few friends of mine. The device is easy to attach and detach, meaning you don't always have to worry about flying it as it will have some impact on your battery life. Thus, you can pick and choose how important a flight might be based on the conditions you're setting off in.

I got to spend quite a bit of time seeing the DJI Dock, and while it was still in early development, the possibilities for it were very intriguing. Much of what it does currently is for enterprise-level integration. The dock includes a heating unit, an air-conditioning unit, internet, wind data, and more.

The fundamental purpose is to be used in remote locations where drone surveying and deployment could be very useful. For example, a locomotive company that detects a heavy object on their train tracks has to halt operation. Having DJI Docks deployed across an important route allows them to find where that object is, without any human interaction, quickly and safely, while also saving time and working hours from employees. Tracks located through mountain passes that would take hours for someone to get to and get a drone into the air could take barely any time at all with the right circumstances to find out what exactly ended up on the tracks.

In its current integration, it is very much directed at the enterprise field, but like I said previously, there are technologies here that could make their way into consumer side in smaller scale. Imagine having a small dock you can place in a location that you want to photograph and fly your drone during sunrise and sunset remotely. You can have it charged, protected, and ready to go for a period of time without having to continually go to that location for deployment.

Akin to trail cams for wildlife photographers, this could be useful for those working in the film industry or even someone like me who wants to hike to a spot and capture it for a week at a time. Anytime I get to work less for great results, I'll take it! It should be noted that right now, this wouldn't be feasible with current cost and size, but I could easily see it being further developed and adapted within the future.

One piece of technology that has already made its way from enterprise solutions to consumers is on the Ronin 4D. They adapted the LIDAR technology from their enterprise drone to be used to help accurate focus on the Ronin 4D. Innovation is always important, and when an entire market exists for things that typically cost much more to develop for an audience with much larger budgets, the fact that those technologies could very likely end up in our hands shortly after all of their issues are worked out is exciting. This is exactly how the car industry works, with luxury features sold on very expensive cars and eventually trickling down into what more affordable markets.

Most importantly, many of these developments are being used to save lives, improve safety, and provide new avenues for industries that haven’t had innovation for years. So, it just feels like a win for everyone around, and I am excited for the future of drone development. 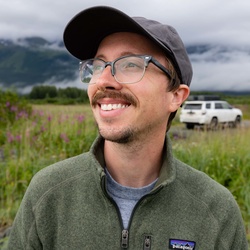 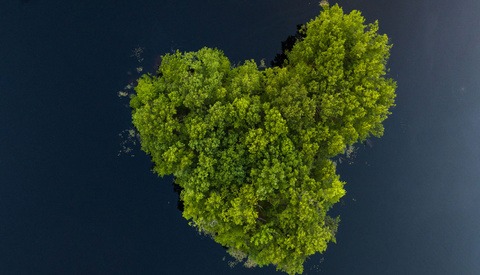