Can You Use the Canon RF 800 f/11 for Astrophotography?

Wide field astrophotography is quickly becoming an established niche that is increasingly available to more hobbyist photographers with the availability of better, smaller, and cheaper tracking mounts. But the smallest galaxies, nebulae, and planets have always been prohibitively expensive to capture. Can this lens change that?

The need for super accurate tracking is paramount, and the telescopes required to image at these increased focal lengths are not only expensive, but they cannot be used for anything else.

In this video by Nico Carver, who goes by Nebula Photos on YouTube, he tries out the new Canon RF 800 f/11 lens to test its viability for astrophotography. The Canon RF 800 f/11 IS STM is one of the least expensive autofocusing super telephoto lenses in Canon’s lineup. And although it may be expensive when compared to similarly performing telescopes, like Maksutov-Cassegrains, it can easily pull double duty by shooting birds, other wildlife, or action sports much closer to Earth's surface. Although this lens was not designed for astrophotography, his results on a relatively inexpensive tracking mount prove that the quality of this lens extends to shooting the night sky. With the proper mount and guiding, the RF 800 f/11 produced surprisingly good results with little distortion and almost no vignetting. Even the corners had very little distortion, especially when considering that he used a full frame camera.

Although the market currently lacks an affordable tracking mount capable of utilizing lenses or telescopes at these focal lengths, I, for one, would be interested in using this lens for high-res images of the moon’s surface. The RF 800 f/11 would be a great moon detail lens when paired with Canon’s new R10 or R7 bodies. When the new Skywatcher Star Adventurer GTi becomes available, this lens may require another round of testing on deep sky objects.

Scott Donschikowski is a professional photographer and educator with over 11 years of experience leading a variety of photo workshops around the world. He specializes mainly in landscape, wildlife, and astrophotography. He is also active on YouTube where he makes tutorials sharing his photographic knowledge. 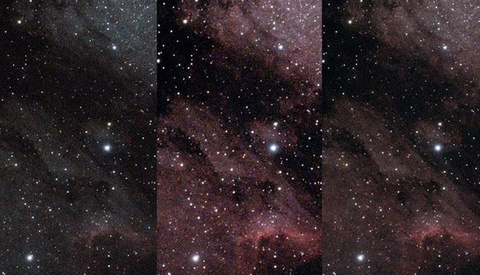