Not All Heroes Wear Capes: A Series Worth Viewing

Brandon Cawood, from Dalton GA, has taken appreciating first responders to the next level. What began as a personal project to photograph local EMS personnel, soon blew up and went viral. Cawood captures priceless moments in the daily lives of firefighters, police and other public safety personnel. He has a movie poster style and pulls it off in a flawless manner.

There are thousands of photography projects out there and only some individuals are dedicated enough to keep up with their projects and very few of those are producing jaw dropping results. Cawood, 30, is one of those of rare individuals.

Cawood and I started our projects at the same time, and I swore that if I ever had the chance to show off his work to the world, I would. He obliged my request by putting out a video explaining his work. Here it is:

Cawood's idea for "Not All Wear Capes" came from his passion for heroes. As a young child, Cawood loved super heroes and wanted to be a "real-life Batman" when he grew up. As time went on, he realized that firefighters, policemen and all other emergency responders were the true heroes. His father was a Deputy Sheriff, and he still remembers the thrill he had when he drove in the back of his dad's car with the lights and sirens going. This passion he had for superheroes followed him into adulthood. He also developed an extreme passion for photography and with that came a great appreciation for movie posters, more specifically, posters for superhero movies. 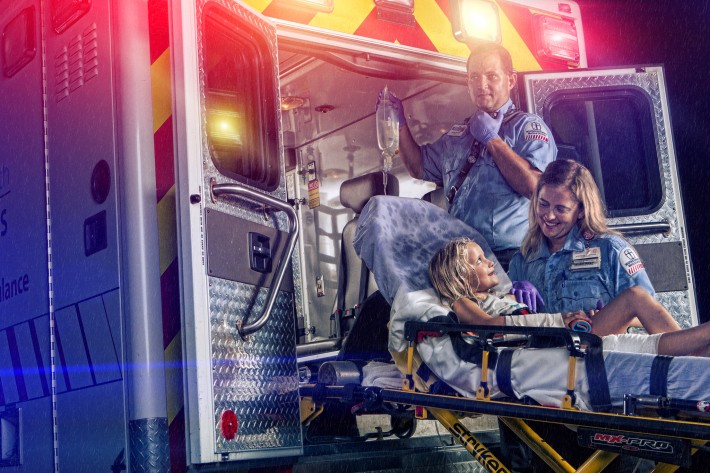 He learned that personal photography projects allow photographers to be creative and flexible, permitting them to shoot what they WANT to shoot as opposed to shooting for others. He began to toy with what is now "Not All Wear Capes" and he pulled "the trigger on the project around July 2013." 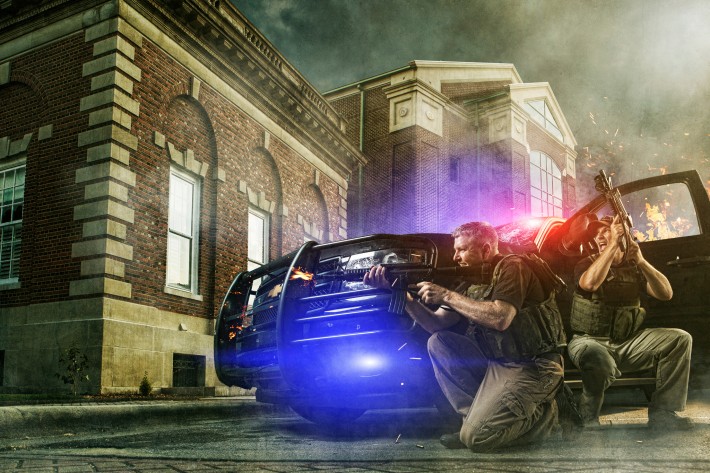 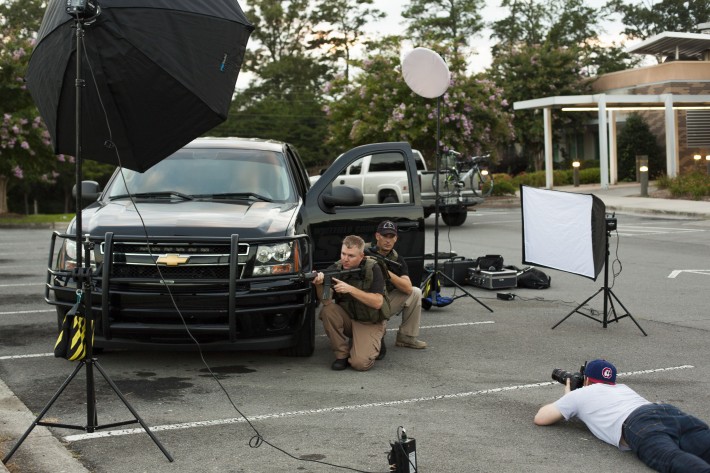 What is great about this project is that every hero is authentic. The "bad guys" and people in distress are friends and family. HIS fiancé, Whitney is actually in two of the images. Cawood found that shooting the project using "real people," while rewarding presented quite a challenge. Cawood observed that if he approached each of his subjects with a genuine interest in their lives, they began to become more comfortable. He asked questions to get to know them better, and once everyone had time to relax and get comfortable, they had fun. 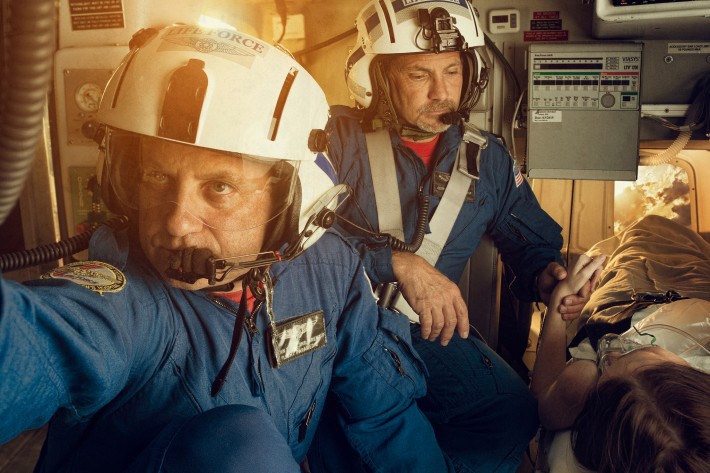 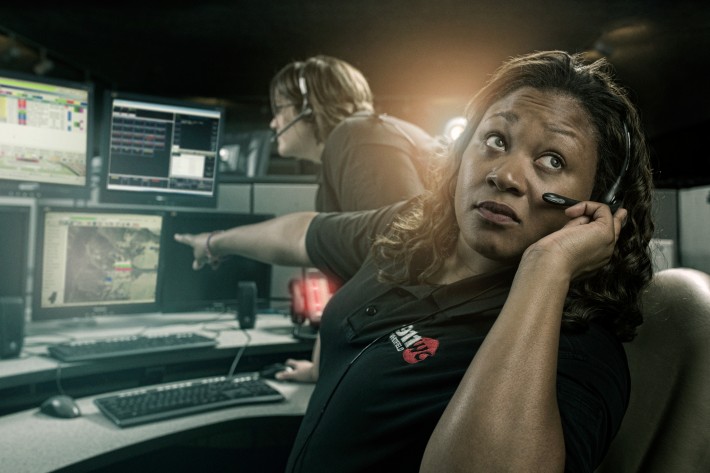 Cawood's project was hindered by the fact that initially, the subjects were hesitant to sign on to the project. At the beginning of the project, Brandon didn't have a portfolio to share with the different departments to give them an idea of his vision. His determination and unwillingness to give up was what made this project what it is today. He emailed the different departments and eventually, he was able to build a portfolio and different people began to volunteer for the project. 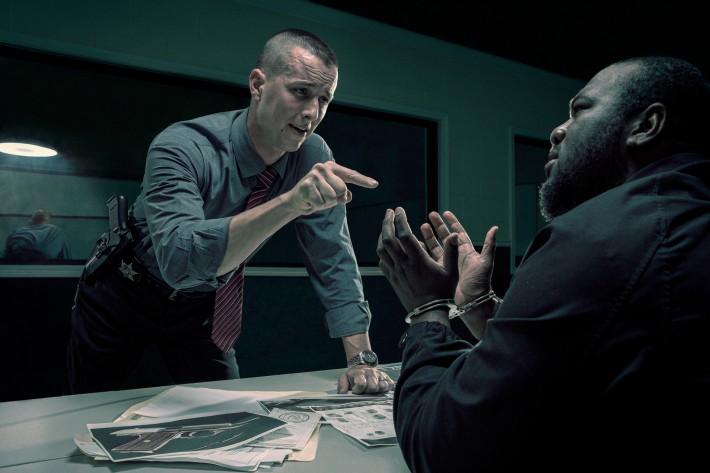 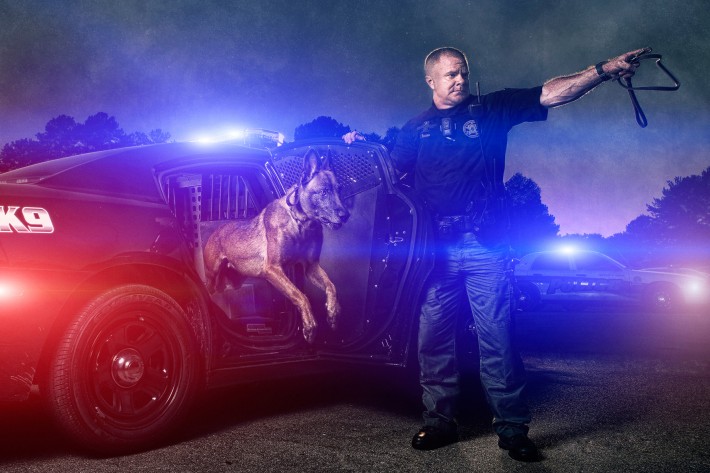 The images from "Not All Wear Capes" took anywhere from 5 to 25 hours to edit. It depended on "how much composting was needed." His style is very commercial and "tends fro have an animated look to it… these images tend to be composites and [he] pays a lot of attention to the details that go into making each piece look like it belongs together." However, sometimes his images require less compositing. Those are the portrait style photos. Cawood watches "a lot of movies." He pulls "moods and lighting ideas from them… as well as some of his color grading." 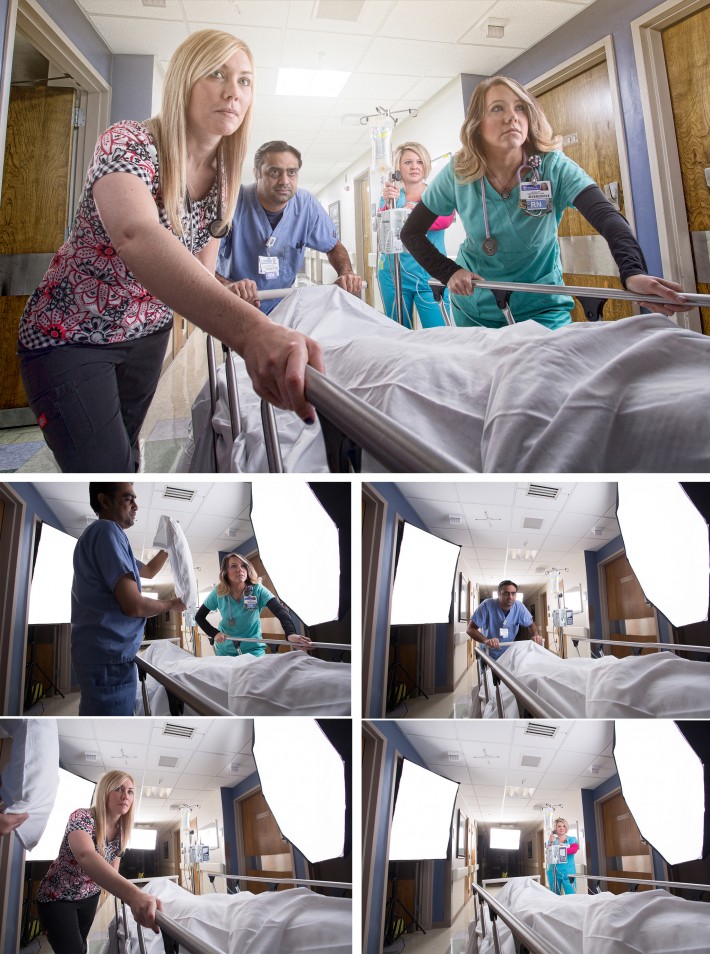 The project is a 12 image series because he "decided to make a calendar to sell as a way of raising funds for the Creative Arts Guild." Brandon Cawood's series are inspirational and fill viewers with respect and awe for our heroes without capes. 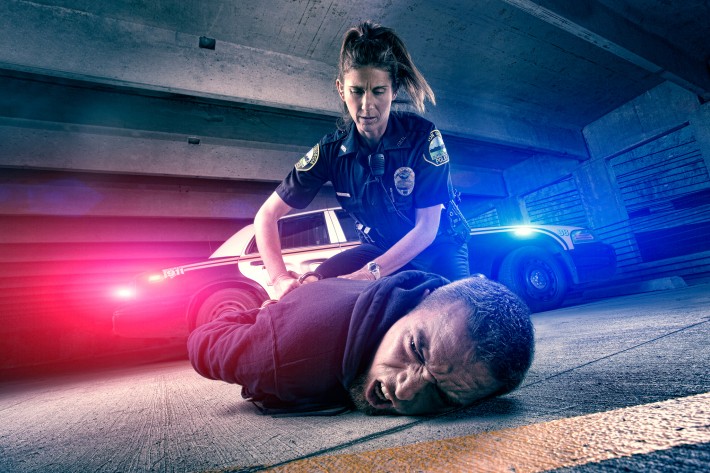 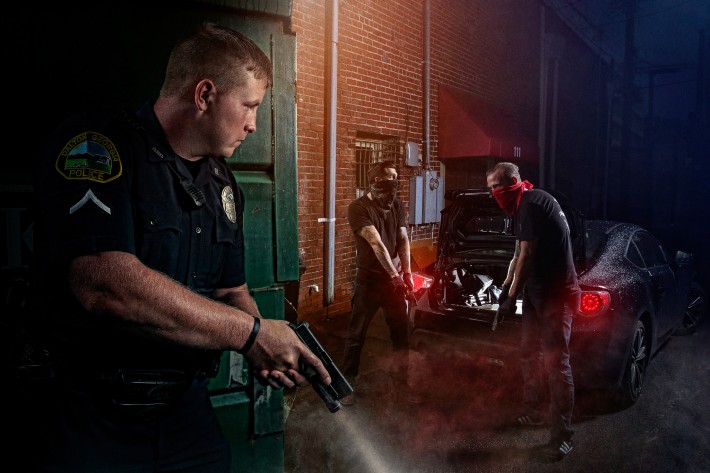 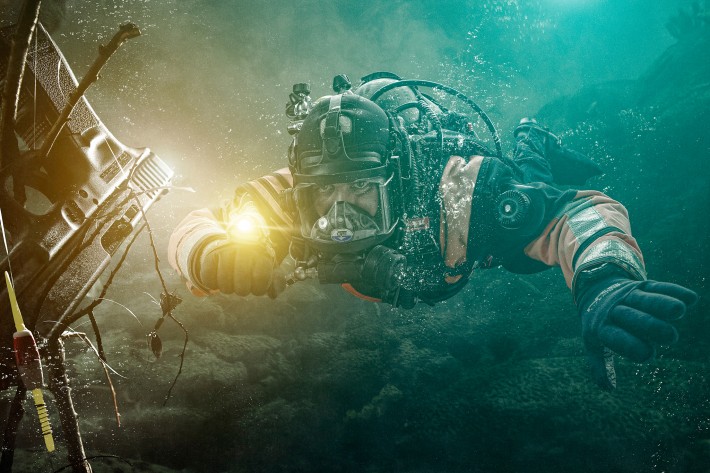 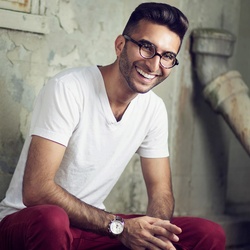 Dani Diamond is a fashion and commercial photographer based out of NYC. He is known for his naturally lit portraits and unique retouching techniques. 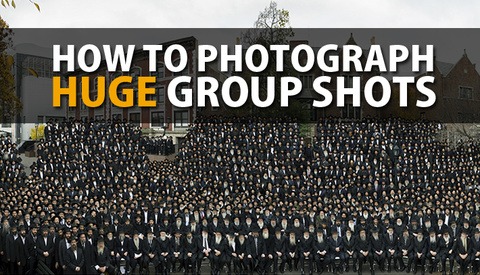 Strobe light / April 10, 2014
How To Pose And Photograph a Huge Group Shot With Thousands Of People

Awesome work!! My son is police and this is downright scary, a good shot brings much emotion.

Great 'images'....though if they take 25 hours to edit and retouch you can't call em photos....

You are welcome to call them whatever you like my friend!

yeah but looking at the raws above, the limited space (hospital corridor) and time restraints Cawood still shows enormous photographic ability. Even without the movie style editing these would have been amazing commercial stock images without a doubt. Going all out 'Die Hard' on them will always be subject to personal taste :). I do envy his motivation.

It took 9 months for me to complete my company's catalog... so I can't call it a catalog?

There is no reason its not a photograph. He is an artist whether he is using paint and a paintbrush to create an great work of art on canvas or in his case a camera and photoshop to create an amazing photograph.

This is really inspiring! Great work :)

The pictures themselves are amazing. What's interesting to me is my own personal experiences influencing my perceptions. I see the firefighter/EMS photos and am amazed, because I have many friends who are firefighters/EMTs and who tell me about their work. But I see the police photos and am filled with skepticism, perhaps because of the horrible atrocities I've seen police officers commit against innocent people.

No matter how long they take to edit photos...this is ART...Photos are not just the ones strait from the cam...Everyone can use Photoshop but only the ARTIST can make this! Sorry because of my bad English ;)

Great Post Dani !!! You are my favorite one here!!! I 've been learning a lot with those, and it is so inspiring