Photographing large groups and make the photos look good is always a hard task. Any group of over 7-10 people can look awkward and the photos are usually not very appealing. But what if the group is not of 7 people, but of 1,500-2,000 people. If any of us will get the task of shooting 2,000 people we'll probably think it's a prank. But for photographer Chaim Perl it is part of his daily routine. Check out the in-depth BTS video and images of how he creates these huge group shots.

Chaim Perl is a Large Group photographer based in Brooklyn and is shooting big groups for the past 3 years. Chaim's definition of a big group is a little different than most people's definition for that term - he shoots groups of 200-2,000 people and is one of the only people in the world who specializes in that niche. 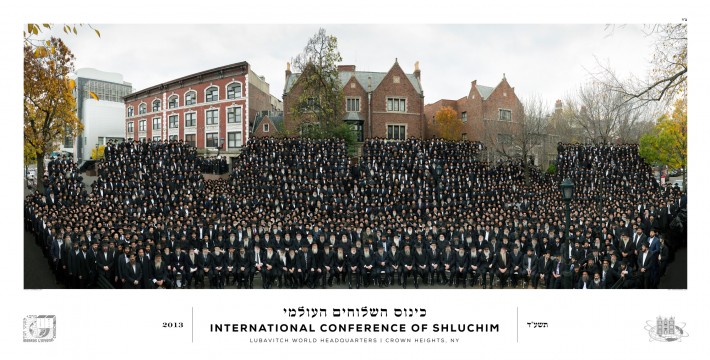 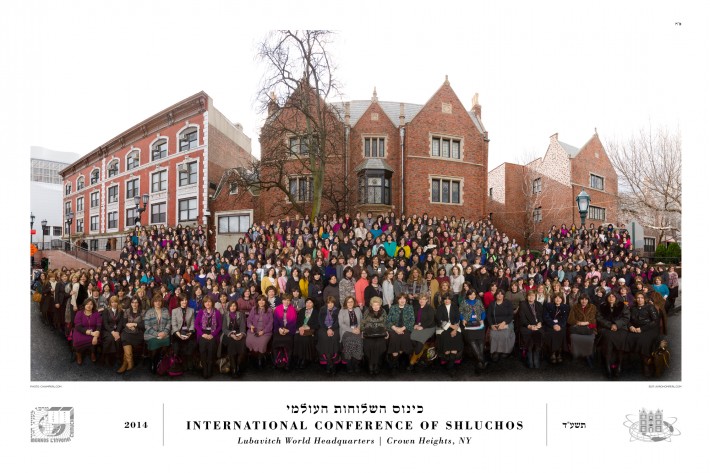 Once a year Chabad Lubavitch Rabbis and Rebbetzins from around the world come to New York for the annual 'Kinus HaShluchim' and 'Kinus HaShluchos' conventions. During each convention a huge group shot is scheduled in order to capture and document that year's attendees. For the past 3 years Chaim was in charge of the whole project - from setting up, to posing, shooting and editing (of course with the help of his trusted team). 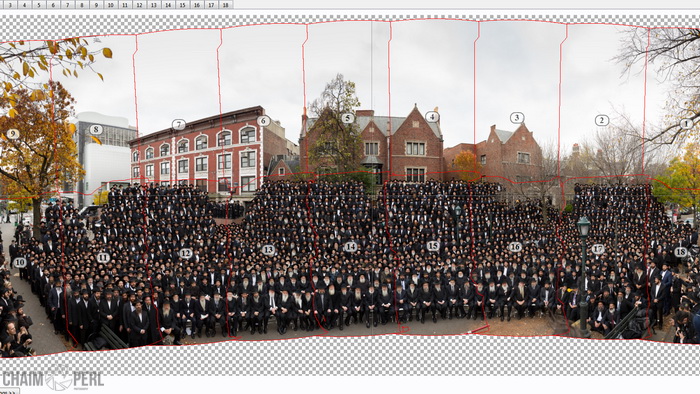 The equipment used for creating these huge group shots are the Nodal Ninja NN4 Tripod Head with RD16 II Rotator and a Zeiss 55mm f/1.4 Otus Distagon T* Lens. For some of the shots Chaim also used AlienBees and Dynalite strobes to lit the people. 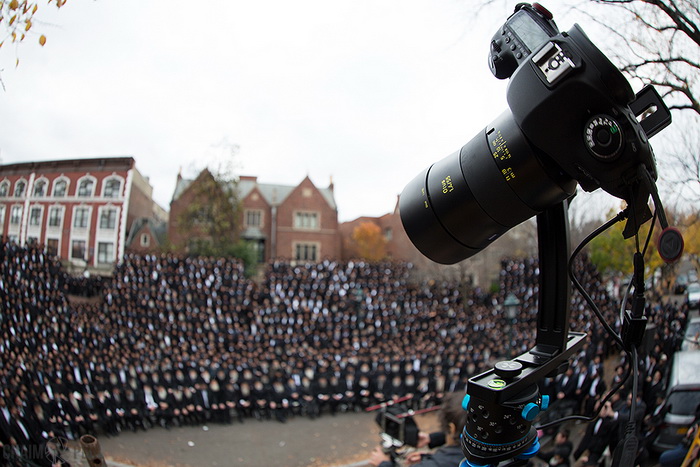 In order to determine what will be the optimal time to shoot, Chaim used a Sun Position app that shows exactly where the sun is going to be located in the sky every hour of the day. This way he was able to schedule the whole day so when the right natural light is available - the only thing he had to do is start snapping the images. Setting up and posing so many people can take a while, so it's good to know what is the time-goal for completing the task. 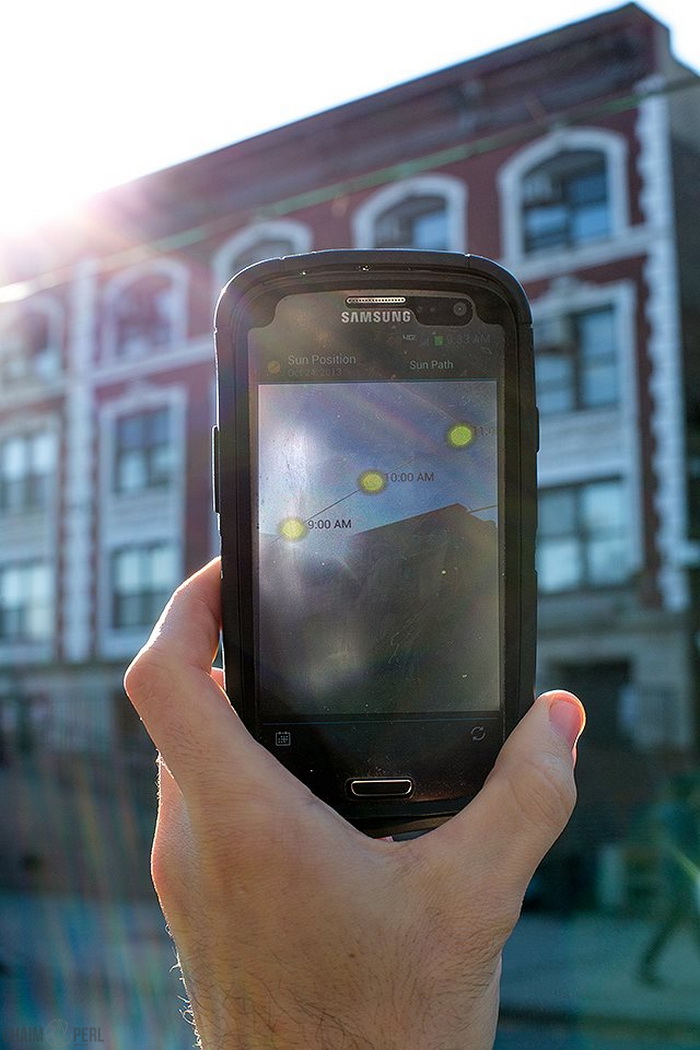 Unlike the first shot, when the Rebbetzins came to the city it was freezing outside, so the photo was taken indoors and later photoshopped into the same backdrop as the Rabbi's group shot. Chaim used 6 lights to mimic the outdoor natural light to make it seem as real as possible. 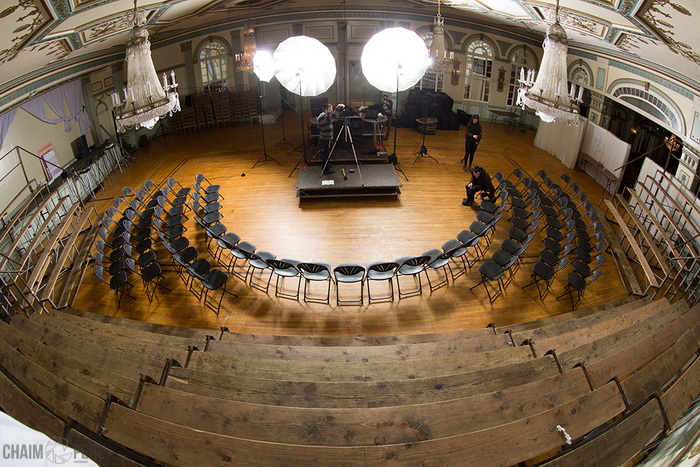 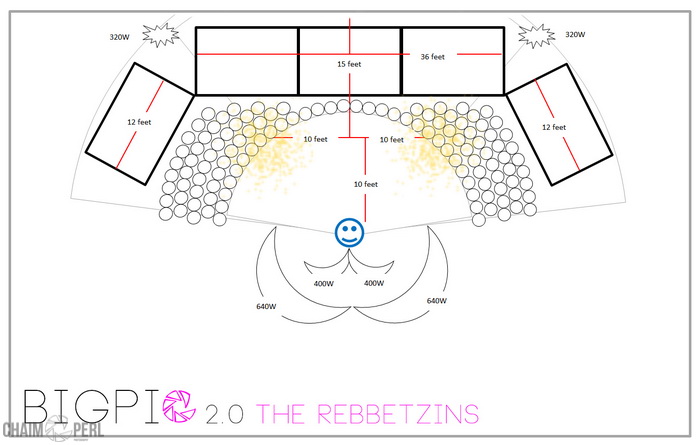 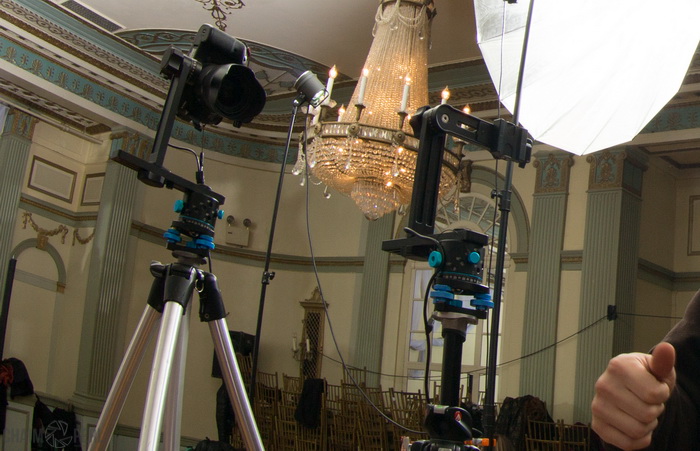 Below is a gif animation showing the editing process of the Rebbetzins group shot (refresh page if gif not playing).

OK, so you think photographing ~2K people in a well-organized posed photo while making sure they are all in the right pose and looking at you is the hard part? Just wait until you hear the time frames for these shoots. Each one of these shoots is pre-planned 2 months ahead of time - with such big groups everything should be well planned and organized and nothing can be left for the last minute.
The real action starts the midnight before the shoot when the set up of the bleachers begins. The police arrives and blocks the whole street to make sure enough space is available. After a long night of setting up, the attendees arrive at 9am and shooting begins shortly after.

But wait, that's not all. Instead of packing up and going home to relax after a long night/day of shooting, Chaim and his brother Avrohom quickly import all the files and start editing. The reason: the photos need to be ready by 4pm of the same day. Then the photos are sent to be printed, and delivered by 7pm. Everything needs to be done in one single day. Setting up, shooting, editing, printing and delivering. That's crazy.

Below are 2 interactive images from both shoots where you can play around and see behind the scenes of each shoot and understand how it was all set up:

You can follow Chaim Perl on Facebook to see updates on his work and see more of his great big group photos.

Have questions about the process, tools and methods Chaim used? Feel free to ask anything in the comments below and he will do his best to respond.

Post Production / June 9, 2014
Fstoppers Atlantis: The Most Fulfilling Experience Of My Life So Far

Business / July 10, 2014
Eight Tips I Wish Someone Told Me Early in My Career

Thanks Benjamin, your an inspiration yourself.

I think I had a nightmare about this.

This guy is killing it in the pano business. West Point, Harvard, etc

now THIS is a great article!! lol

I'm not saying I could do any better, but come on the results they have got are shocking. Yes the interactive shot is cool, but the final print is awful, the distortion is all over the place and the superimposed shot, well the light matches a treat! If you want to see how this should be done I suggest everyone takes a look at the video on this page...

I think he went for something different on purpose...

You don't exactly stay in business for 3 years successfully by doing it incorrectly. I think this photographer is trying to be different!

The link you provided was your standard high school photography business who line you up on a very 2d flat composition with minimal distortion.

With this photographer and his style, I get a feel for the scale and enormity of the shoot, and I personally believe the composition is more dynamic. Added to this, by him using multiple photos stitched together he has a lot more resolution to play with that you could only otherwise achieve by using a medium format, so his options to print large scale high def photos is much more achievable than your standard conventional method of shooting groups. Not to mention he was using Zeiss optics I think the fidelity in detail of each individual is unmatched by other methods, and with a 55mm, yeah the overall photo isn't planar and has distortion but each individual retains great proportion and very little distortion compared to that if you were using a wide angle lens don't you think?

This shoot needs a lot of flexibility and out of the box ideas to make it work.

The outdoor location is tight. The street, sidewalk and service lane are all different levels. The street poles, signs &amp; benches can not get moved. I can not back up much more without more trees getting in the way or landing in middle of a huge parkway.

I am also given a window of about 5 minutes from when the place is full until people just start to leave. There is not time for height order or careful placement.

When taking a wide shot (this is about 160 degrees) and you are so close your image have a nasty distortion from being closer to the front center then the sides. See the image below.

This is why the front row is in a semi circle which helps eliminate this.

I take the photo in multiple images as I need the final print to be 36 inches tall at 300 DPI. The optics are very important so yes, the 55mm Otus which is only available for pre order was given to me by Zeiss on loan specifically for this shoot. (it is an amazing lens)

I do not know of any camera which can give you this quality at 160 degrees in one frame.

The indoor shoot is in a even tighter space.
The chandeliers are hanging low and I needed to place the lighting carefully to avoid shadows.

Look at the two pano images and take note of how close I am, this is not because I am trying to be different, it is bc I do not have many options.

I agree the tempest group are amazing. See my comments on Jonathans comment for more on my shoot.

Even if Chaim's style isn't of his choice, between Chaim and the link you posted, I would hire Chaim 10 out of 10 times. The look of his work is much less boring than your standard flat composition. I never give more than a 1/2 second glance at large group pictures, but I found myself staring at each of these for several minutes.

Glad I don't have to name them all in a left to right :)

I met Chaim on NYC and he told me about this. I'm so glad he made a video. Amazing project

Lee, this is partly your fault :) Thanks for the BTS video tips I hope I did a good job.

The lampost at the bottom right is an eyesore, otherwise would've been an epic shot. Any idea what was the pano stitching program used?

We tried to remove it but I did not bring a large enough wrench :D

The reality of a shoot like this forces you to deal with these kinds of problems, so we did whatever we could. Some street signs where removed in preparation and the eyesore you mentioned was darkened in Photoshop significantly.

Thank you all for your comments, see my comment below to Jonathon for more information.

Neat to see others doing this…group photography on steroids;-)! Largest group for me was about 650 people and had to be lit and stitched. Most interesting, though was a group shot of about 60 men 1500 feet down in a gold mine. The room we had was maybe 24x24 feet and we got them all in, lit and shot in about ten minutes though btw, it took hours to scout and set up!

Awesome work Chaim! Just wondering if you use a pano software to stitch the images together? or is it done manually in Photoshop. ... I have a large school of kids to photograph and any advice is greatly appreciated.
Best Regards,
Andy

Really good advice! In my mind, no one PhotoShop can provide this.
For such an amazing photo, you should have a good custom frame.
Share with you one secret - custom framing website with excellent quality https://framedandmatted.com provides a wide choice of frames and mats of good quality at a reasonable price.
An easy-to-use building tool allows customizing the size and color of frames,
add mats, and special UV-protective acrylic.