A New Short-Form Tutorial Series: How I Got The Shot

We're certainly seeing an upsurge in behind the scenes tutorials. If you're looking for some great insight, look no further. I've talked about Nathan Elson's tutorials before, and I maintain that his series really stands out.

His first episode of "How I Got The Shot" is up and ready to watch. Sit down for a beer with Elson.

Each episode in Elson's series will take some time to show a bit of the behind the scenes, review the lighting setup, and then delve into the post-production of the image. Elson's first episode focuses on getting this final image:

To get the shot, Elson used four light sources. I know there are only three strobes, but look closely. Here is the lighting setup:

It's important to note that the backdrop is actually the key light here, as it reflects the light coming from the two strobes set out wide.

Rounding out the tutorial, Elson shows us how he turns his straight-out-of-camera image into the finished product through Capture One and Photoshop. In particular, I found his discussion of how he uses his dodge and burn technique to even out skin tones for a natural-looking retouch really useful.

Elson's series promises to be efficient and helpful — so efficient, if it was my edit, I'd likely have gone through several beers instead of just one.

All images provided by Nathan Elson. 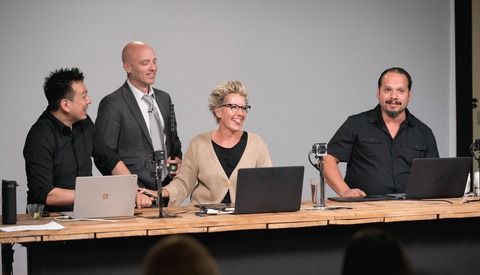 BTS / May 23, 2018
Behind the Scenes of Photoshop Week at CreativeLive 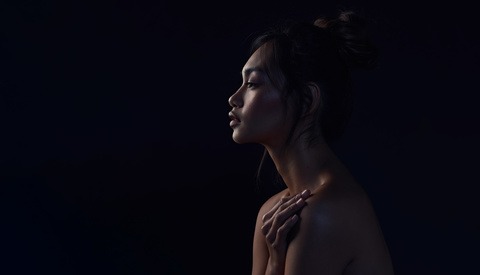 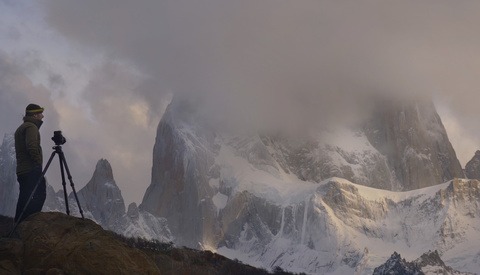 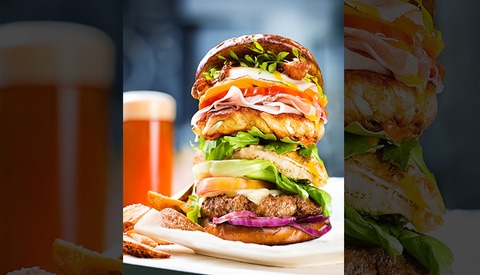 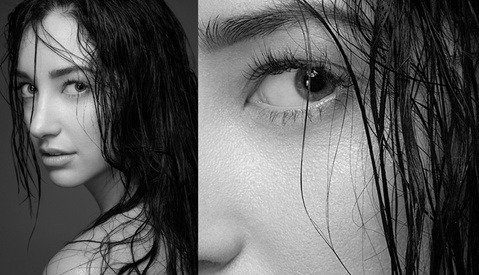 Fantastic thanks Nathan. I'd love to see a video about your corporate portraits.

Valuable tutorial, but, I like how Elson's includes some BTS footage.