When you combine an amazing landscape photographer, a stunningly beautiful location, the brilliance of a strong team of film makers and a luxury brand that is synonymous with craftsmanship and excellence, magic does indeed happen. Welcome to the ‘Defining Moment’ by Audemars Piguet - and a redefining of what it means to "shoot a “commercial".

I’m watching a short, three minute long "documentary commercial" featuring a landscape photographer and his relationship to one of the world's finest watchmakers, Audemars Piguet for, for about the fifth time. I'm mesmerized. It features Dan Holdsworth working and photographing in the same region in Switzerland that Audemars Piguet (AP) is based. I don’t shoot landscapes. I don't wear a watch, let alone entertain the idea of wearing one that might cost more than the down payment on a house, yet I’m utterly captivated. See for yourself...

So the question I asked myself is "why?". Why am I loving watching this piece so much? The answer it turns out, is pretty simple. It starts with the team who shot and produced this piece, Just So London.

AP worked with Just So London, a creative film making collective based in England to come up with the concept. I sat down with Jonny Madderson, one of the co-founders of the company to get the insight into how this beautiful project and how the collaboration came about.

Me: Where did your connection with AP come from, and how was the idea for this shoot conceived?

This film was an evolution of the series and came about due to Audemars Piguet’s long-running association with the art world (they are a partner to Art Basel for example).  The Swiss watchmaker commissioned British landscape photographer Dan Holdsworth to photograph the Vallee de Joux, which is the home of Audemars Piguet.

Our job was to tell Dan’s story, bringing to life his creative process.  It was a great project as I have so much respect for Dan and his work.  It was a privilege hanging out with him up a mountain! 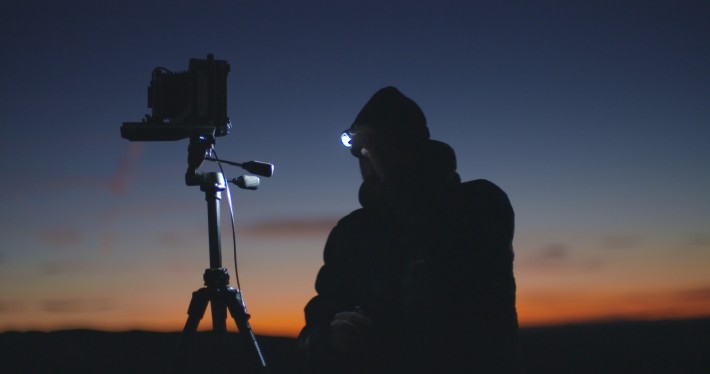 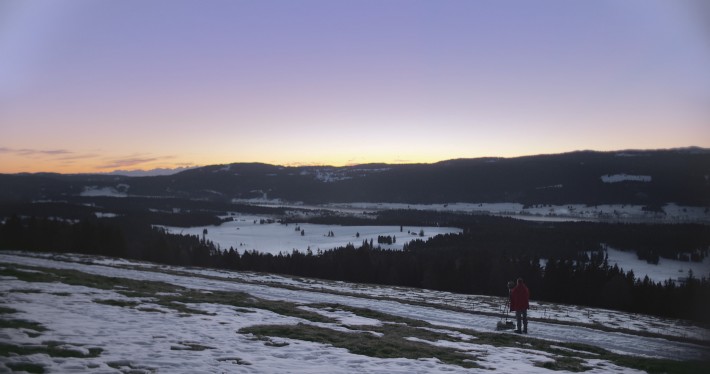 Me: Ok, talking of mountains - quick question about the aesthetics. The color, lighting and general shots of the environment are stunning. Was this the result of the environment where you were shooting, the gear you were using, grading in post, or a combination of these?

JM: Thank you! I must admit the Vallee de Joux did a lot of the hard work for us! It’s an incredible location in which to film, with a fantastic quality of light and beautiful, epic landscapes.

It also has these elemental features that Dan loves to play with in his photography, such as the harsh granite rock and the strange mists that come and go.  So there were plenty of opportunities to capture really striking images, and Director of Photography Jonas Mortensen certainly pulled out the stops with this one.

In terms of the grading, we just tried to be as truthful as possible and let the Vallee speak for itself. Our colorist Steve Atkins did a great job of simply bringing out the colors that were already there, rather than applying a specific look. 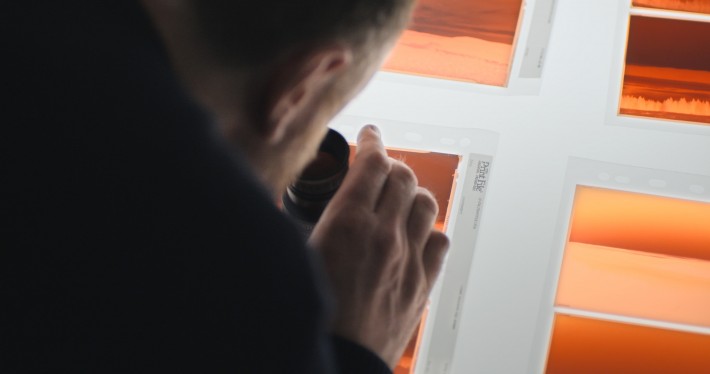 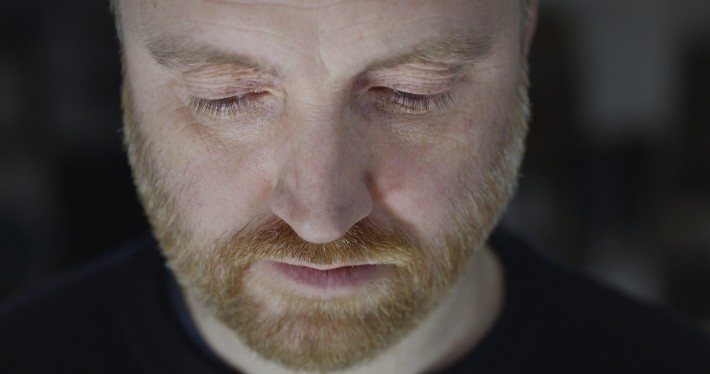 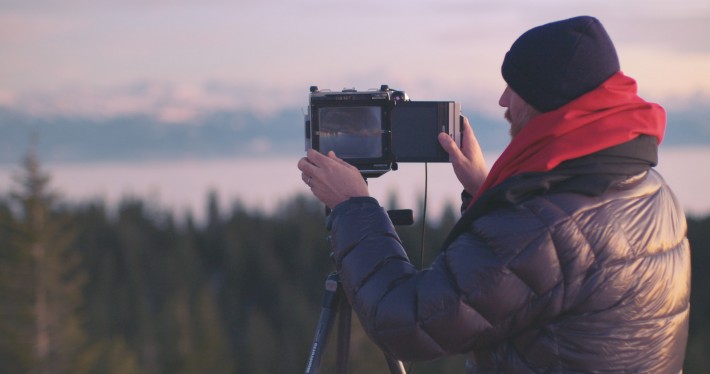 Me: Was there a particular challenge you encountered on the shoot? If so, how did you overcome it?

JM: A really fascinating part of Dan’s creative process is the fact that he shoots in the depths of the night.  We knew that these moments would lead to really stunning shots if we could find a way to successfully capture them. We did some camera tests in London and were buoyed by how the Sony F55 performed in low light. All the external shots are filmed using natural light – the only artificial light we used was Dan’s head torch! 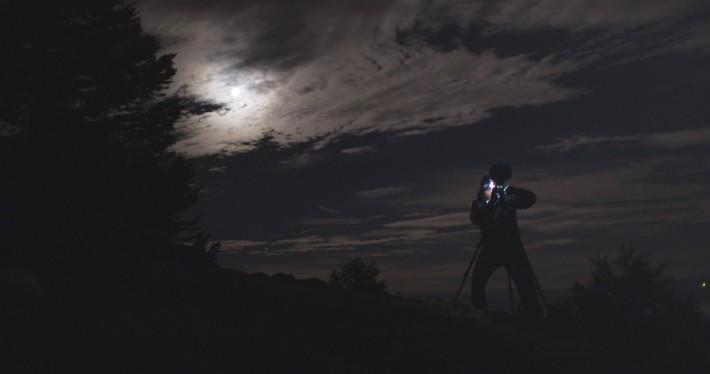 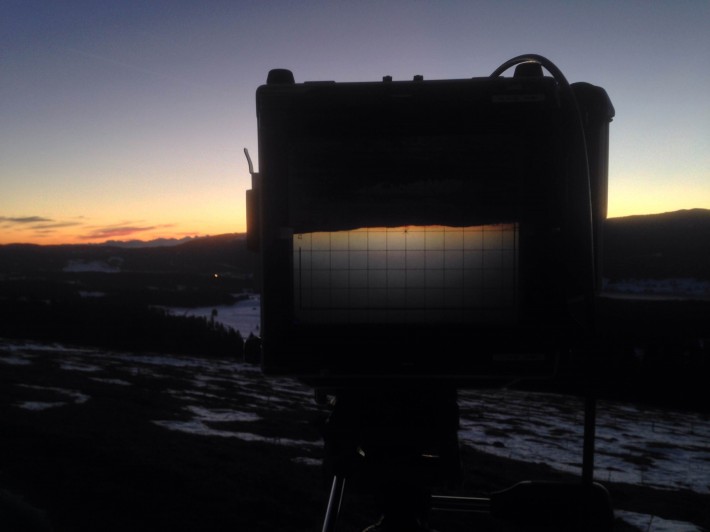 The 2nd challenge was a physical one. The Vallee de Joux is a very remote place, and Dan sometimes walks up to 4 hours to reach his locations. How could we follow him, and lug all our kit up a mountain at the same time? There was no easy solution to this one apart from hard graft! The areas we filmed in are conservation areas, so we couldn’t use skidoos. We just had to strip kit right back, grit our teeth and sweat it out. Weight considerations did influence some of our technical decisions – we went for a lighter set of primes for example.  But despite having a very streamlined kit-list, it was still incredibly hard work for a crew of three (myself, DoP Jonas and Camera Assistant Dan Ruiz).

The toughest trek we had to do was an hour long, continually up hill, through a foot of snow, carrying lens boxes, camera, tripod, filters and so on.  It felt nice to put the tripod down after that one!  The sight of us all struggling through the snow in convoy reminded us of that famous photo of Scott’s Antarctic Expedition. 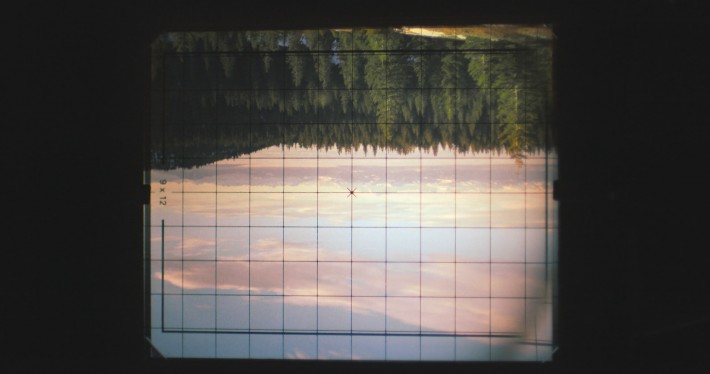 Me: Did you guys have shot list or plan for sequencing out how the final look of this piece would be? Can you provide a little back ground on how you planned things out to ensure you achieved what you needed?

JM: These were going to be fairly extreme conditions to be shooting in, so we had to make sure we could plan as much as possible within our control. We put together a pretty tight shot list, that detailed the types of shots we’d like to get.  These could be broadly grouped into themes. For example: Dan as this lone figure moving through the wilderness; tight shots of Dan handling the camera that show his mastery of technique; Dan as this tiny figure within an epic wide and so on.  Then when we went out into the location for the first time (we weren’t able to scout beforehand), we knew what we needed and just had to pick our moments.

We also were fortunate with some of the things that we couldn’t control – the main one being the weather.  We followed Dan for two days out of the 10 days he was out shooting.  The sunset and sunrise when we were present were the best Dan encountered so we felt quite lucky in that respect! 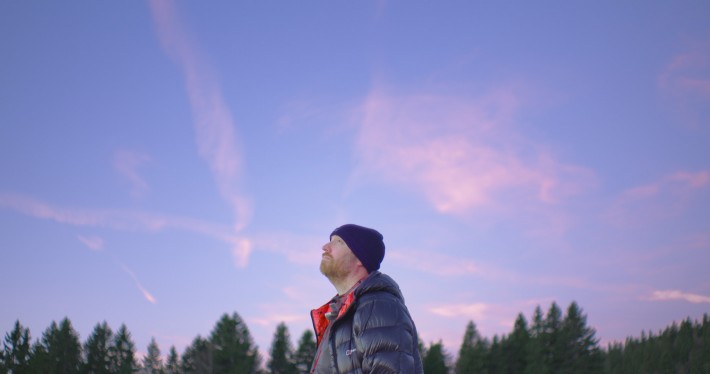 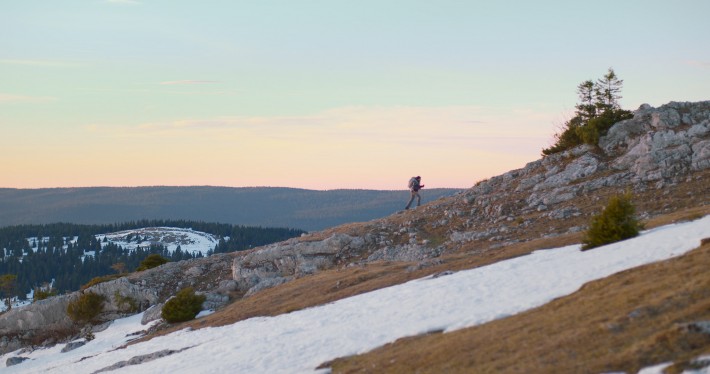 Me: If someone wanted to tell a similar, poignant, impactful story in less than 3 minutes, what advice could you impart to help them out?

JM: We like to call these shorts "dynamite docs". We try to light the touch paper from the start and let it burn all the way through.  In pre-prod, we’ll try and find a little nugget or insight about the subject, and then develop the treatment and style from there.  So Dan’s story is more of a slow-burner with the pace matching the pensive, almost spiritual process in which Dan works.

We also try to make films that can capture your imagination in a sentence.  So when your friend asks you what it’s about, you can tell them and 10 seconds later they’ll be a little bit intrigued. We thought that the story of a photographer who journeys alone up into the frozen mountains in the dead of night, to capture a sense of time beyond that of the everyday, was a pretty compelling premise for a dynamite doc.

Special thanks to Jonny Madderson and the guys at Just So London. 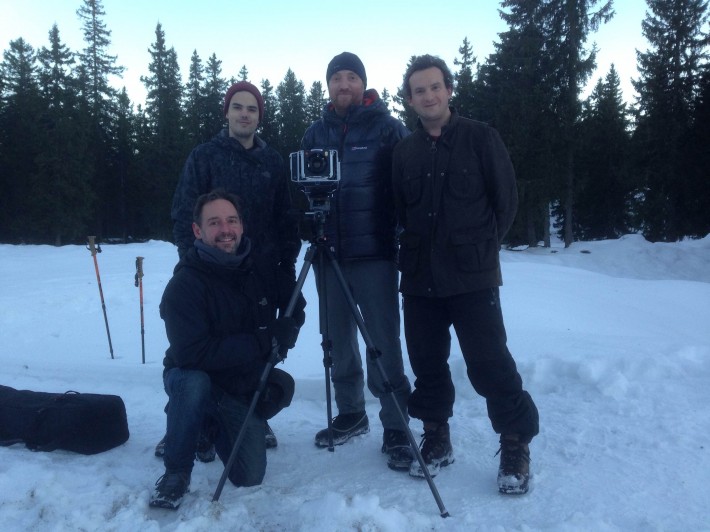 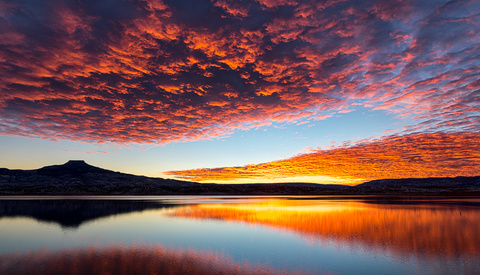 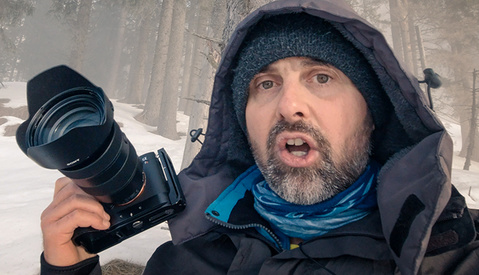 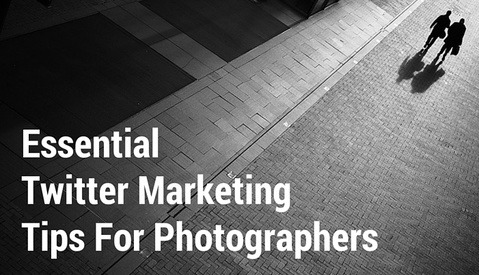 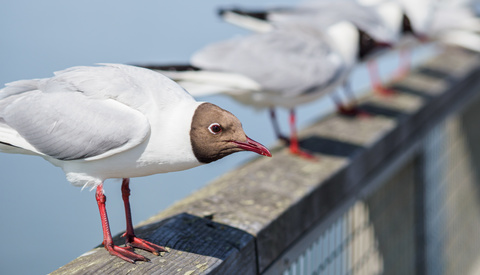 I thought i would hold my breathe while watching the video and the final work. I guess i was wrong...