Critiquing Your Work Does Not Make Someone a Troll

Before it starts to seem like I'm galloping around on my high horse, I'd like to say that this article is more of a reminder to myself than anyone else. I have made the mistake of dismissing someone as a troll just because they disagree with me. In many cases, It's much easier to simply dismiss someone as a troll if they criticize your work instead of taking it on the chin. This could be due to a number of reasons but when we do, we are breaking one of the cardinal rules.

As a YouTuber, I enjoy making videos about the nerdier, technical stuff around photography and this subject does tend to bring out some very colorful comments. This is especially true for my videos about medium format and how they compare to full frame. Although for the most part I do try and remain objective and attempt to steer the conversation towards discussing the evidence, there are occasions where I may lose my composure and act in a manner which is regretful and requires an apology. For instance, the discussion below. 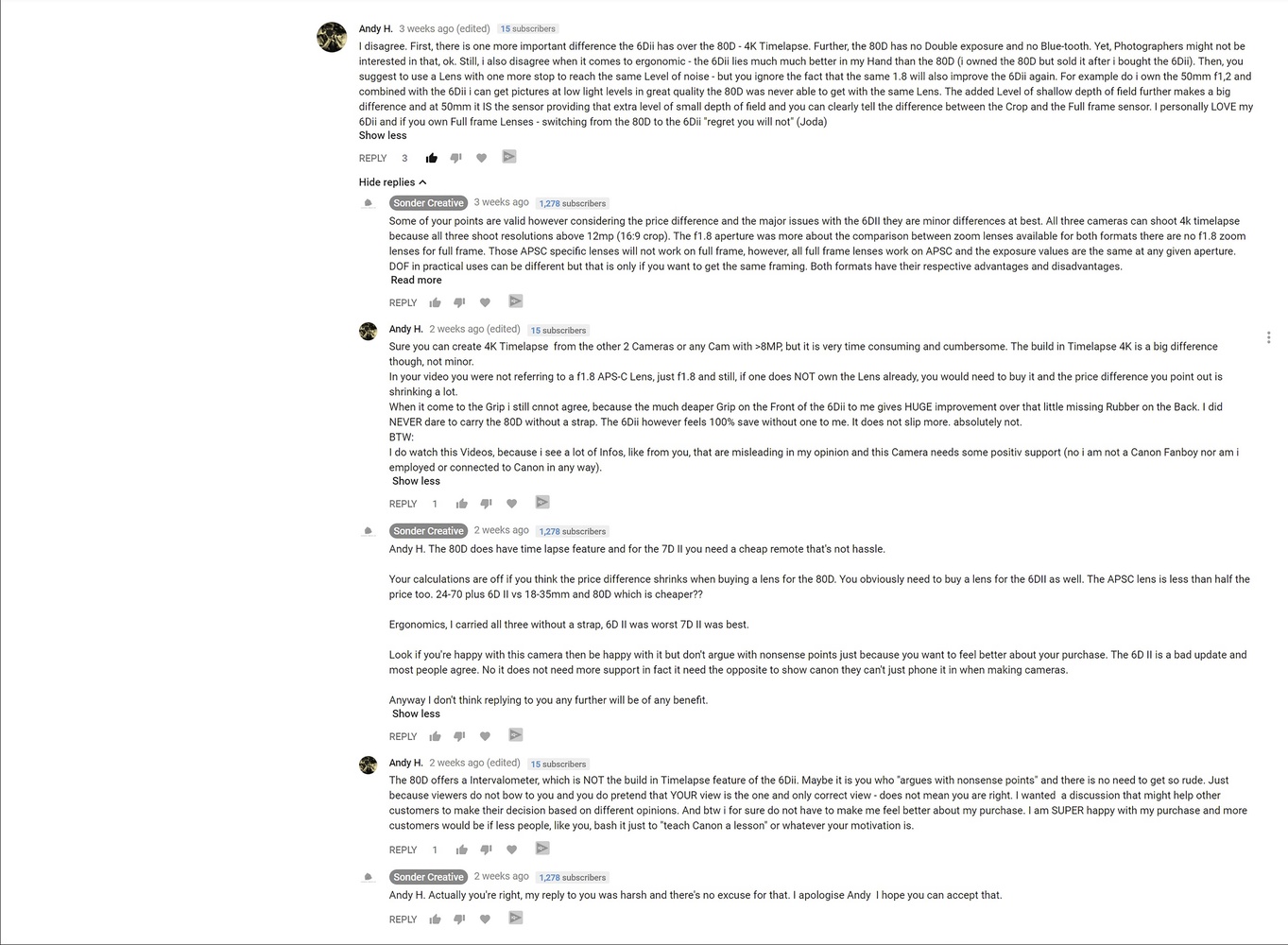 The key thing to take away from that discussion is the fact that the commenter only discussed the points that were outlined in the video and made no points against me personally. This is a very important distinction that needs to made and the fact that the work we do is not who we are individually. We may, of course, identify with our work and it may come from a very personal place, however, the work itself is still a separate entity.

Ideas (including but not limited to all forms of art) are free terrain to be discussed, critiqued, ridiculed, dismissed, and do not inherently deserve any form of respect. The individual, however, must be respected and this is the difference. Ideas do not hold any special place or position and are inherently worthless. The only value they assume is that which is given to it by the individual in question.

There are a number of very common arguments against critics.

1. I Didn’t Ask for Any Criticism

On the surface this seems like a fair point, you did not ask for any criticisms so you shouldn’t receive any. There are a few things wrong with this attitude.

First, just because you didn’t expect or want something to happen doesn’t mean that it won’t. We don’t live in an ideal world and not everyone is going to share your perspective. Also, this attitude is bordering on censorship, and freedom of speech is far more important than a few emotional bruises.

If you didn’t ask for criticism but are happily accepting and encouraging positive comments about your work, does that mean you’re only asking for positive comments? Living in a positive echo chamber isn’t as great as it may seem and can prevent artistic growth.

Lastly, you may not have asked for any criticisms but in the same way, there’s a very good chance that no one asked you to put up your content. When I put a post up on my Facebook it affects other individuals' feeds and they do have a right to comment on that regardless of whether it’s positive or not. If however, they did ask you for that content then I would say, that gives them even more right to comment on your post.

This particular attitude annoys me a little because not only is it condescending, but, it’s also a little odd. The whole point of you posting your content is so that it gets viewed or recognized. Saying that to your viewers (yes they are your viewers) is illogical and disrespectful.

This is by far the worst because it’s disrespectful, dismissive, and breaks the cardinal rule. In this moment you have become personal against the individual and commented about them personally instead of discussing the work or art. Defending your work is one thing but to insult someone is unacceptable. Calling someone a troll can also dehumanize the individual because at that point they are no longer a person with a countering idea or opinion but they are someone to be ignored and someone who is less than. Calling someone a troll because they didn’t like your work or commented on it in a way that you didn’t enjoy does not make them a troll. Treating them as such or calling them a troll makes you the problem on the Internet. The differentiating factor between a critic and a troll is that a troll will immediately be personal against you and have no intentions of discussions the content.

Remember we are all critics to some extent and if you don’t believe me, think back to any moment where you complained about something.

The Internet isn’t supposed to be what you and I individually envision it to be, it’s far too big for that. Your perspective of ideal is probably very different from many others. One of the major points of art is that it is to be discussed and discussions include criticisms. Just because you like something doesn’t mean someone else will. People do have the right to comment and critique your work because your content directly impacts them.

There is, however, a flip side to this discussion: if you’re constantly critiquing others it could make you a less than desirable person. Just because you have the right to do something doesn’t mean that you should, your words could impact someone negatively. Also, ask yourself if your comments are coming from a negative place, are you jealous or frustrated? Is your point backed up by any evidence or are you simply venting? Actions have consequences and freedom does come with responsibility.

I’d of course love to know your thoughts on this subject, I think it’s a complex one and I look forward to the ensuing discussions this may bring, positive or otherwise.

Usman Dawood is a professional architectural photographer based in the UK. 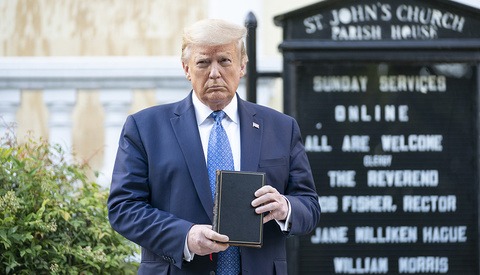 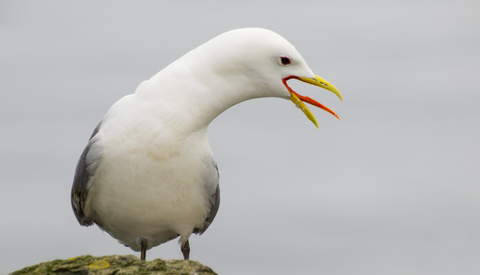 Critiques / November 20, 2022
Photographic Criticasters: Why You Should Not Be One and What to Be Instead 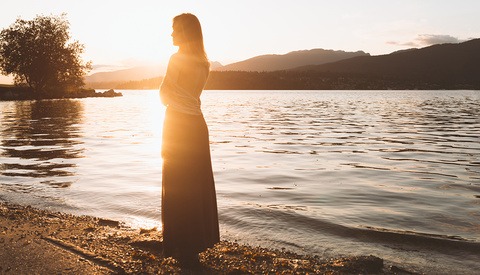 Opinion / February 8, 2018
Why You Should Never Let Internet Trolls Define the Quality of Your Photography 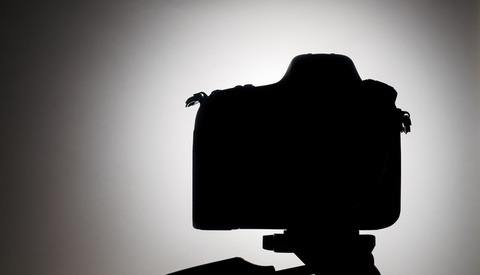 Education / October 4, 2018
A Beginner's Guide to Buying Your First Camera 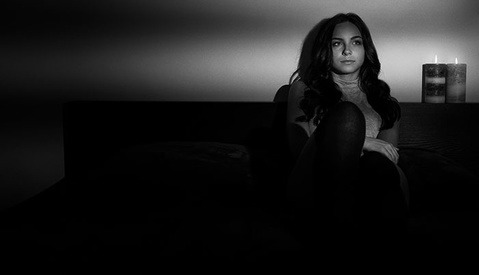 Critiques / May 21, 2015
Why You Should Ignore Most Criticism 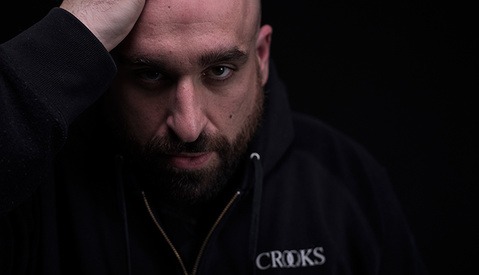 Education / May 15, 2015
How to Deal with Everyday Stresses in the Creative Workplace
Log in or register to post comments
11 Comments

Hi Usman. Thank you for the post. Deduced some interest points of discussions here. Fruits for thought. One more phrase I should have added here. "constructive feedback".

For the most part I believe it is not what is said but the way it is said that ticks people off and results in referring to people as trolls. I enjoy conversations and discussions even if I don't agree with the person's views. I believe respectful conversations and discussions can help us all grow. However comments that are aimed to simply put other people down are not needed. Don't get me wrong I'm not saying we can only use "nice" words or that we can only say nice things. What I'm saying is that we should at least be respectful. Don't argue but rather discuss and debate. I wish I could get some respectful discussion concerning my work.

Douglas, like you sports photography....especially the monster energy Kawasaki.

What gets me is when someone does ask for criticism, gets good criticism, and a third party flies in wearing a cape and criticizes the critic: "It's his art, who are you to criticize?"

I know most people on the internet are going to be more negative than positive because it's the internet...Some responses are stupid and some are valid. Anything posted on the internet will be criticized by someone.

The flip side of this is the atta boy comments. Awesome!, I love it!, Great work! I wish those posters would offer up a few words explaining why they "love it" so much.

Usman, I completely agree with you that critiquing is not to be confused with trolling.

One of the advantages for having studied photography in school is that class critiques are held with every student present in the room. Each comment is directly connected to a person sitting nearby. There is no anonymity. In that environment, people tend to either learn how to deal with criticism directly or they do not finish the program and graduate. After a few years of that, it gets easier to spot what criticism is worth listening to from what is not worth listenening to. Self taught photographers tend to be a little soft about criticism and I think it’s because they just haven’t developed their “sea legs” yet.

As a general rule, if we listen to every critic then we end up being pushovers. On the other hand, if we dismiss every critic then we end up behaving like spoiled brats. The fine line is to know where to make a stand so that we stop listening when the information ceases to be helpful while at the same time keeping an open mind so that we can learn from the observations that other people make. Learning to make that stand is how individual photographers arrive at a personal style in photography. So there is no way to avoid the hardships associating in dealing with criticism without giving up on finding a personal style in the process.

Creating a personal style means making a stand and knowing how to deal with criticism head-on rather than being scared of it and running away while dismissing it all as “negativity, hate, trolling etc.” Criticism is hell. But in the end, dealing with it effectively is what separates the weak from the strong in the arts.

Mike I really enjoyed reading your response I fully agree with your points. There definitely is a line between listening too much and too little to your critics but dismissing it all as hate or negativity serves nothing. I didn’t study photography in any schools so I never got to experience that but I think it’s such a useful skill to learn. Learning how to deal with criticism is very important?

Thank you very much for the comment Mike, great to read your thoughts on this.

"Self taught photographers tend to be a little soft about criticism and I think it’s because they just haven’t developed their “sea legs” yet."

Well.....not all self taught photographers are soft. Some of us had other occupation where constructive feedback is a fact of life. How often do professional photographers had to fill in violent incident forms.

I love this post Usman. I especially agree with your last point in that if we are critiquing we should make sure to throw in some praise as well. It's far too easy to go down the fully negative or fully positive path. Great article! :)

I think something should be said about how to ask for criticism. I would state what I was attempting and ask the question of was I successful.