A Drone Can Improve Your Landscape Photography More Than You Think

For the longest time, I had mixed feelings about drones. Once I finally picked one up, I found myself wishing I had done it sooner.

Drones are photographic tools that can come across as unnecessary and expensive toys that will one day fall out of the sky, run into a tree or wall, or crash into a body of water. I know they may come off that way because for a long time, that is exactly how I felt about them. It didn’t help their case that a good friend of mine had a DJI drone that he was flying above one of the waterways in Charleston, SC, and a friend of his happened to be recording it when it, out of nowhere, just dropped out of the sky and landed in the water. If you spend enough time on Instagram, following photographers with drones, you’ll hear stories of strong gusts of wind sending them into a wall or, in more embarrassing cases, where they try to shoot some video and accidentally include a wall with their flight path, abruptly ending the life of the drone. As a result, I thought I would admire them from afar and keep my money in my wallet. Plus, I was nearly exclusively shooting film, and a drone is about the furthest you can get from shooting film. 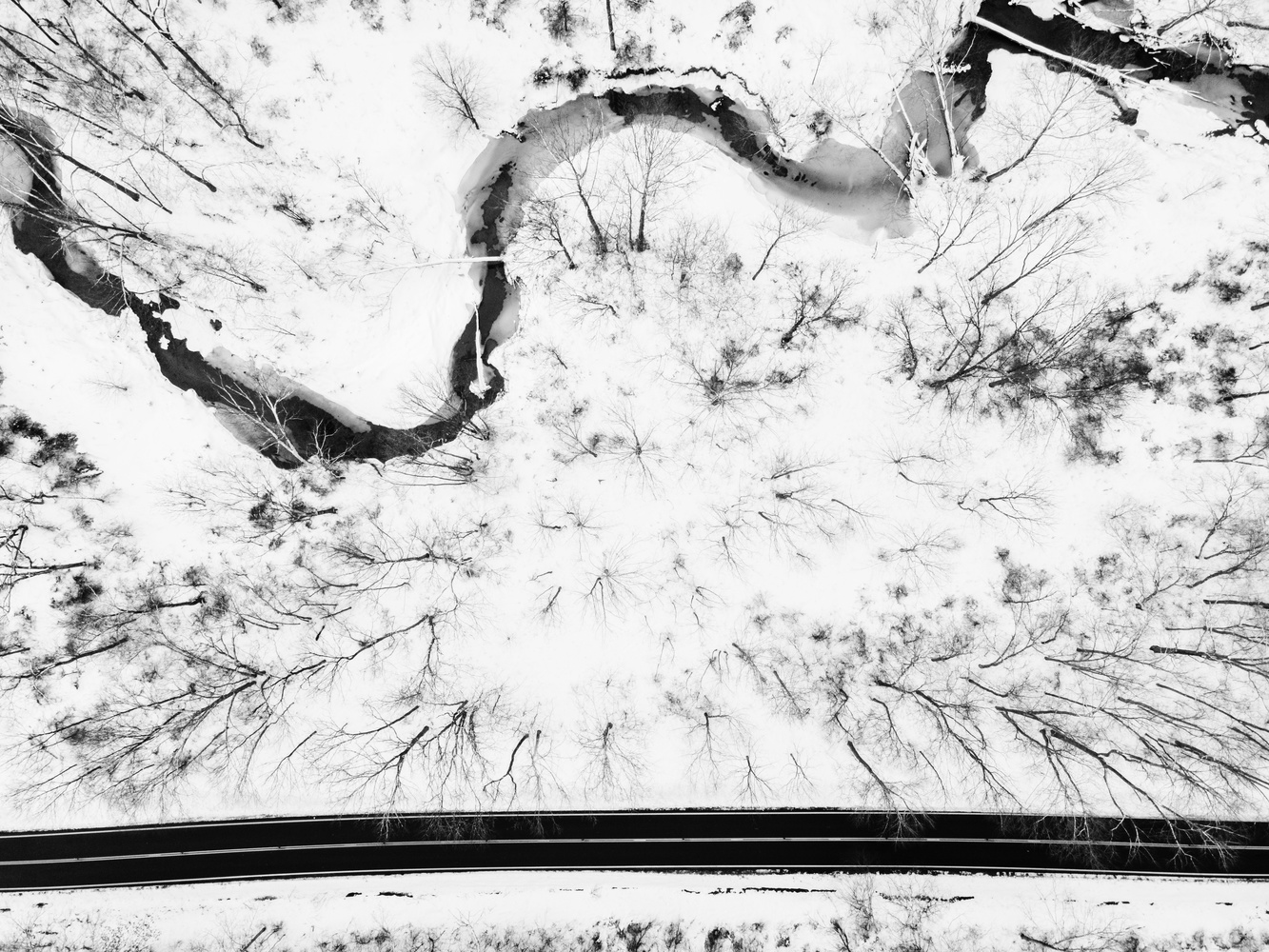 What Changed My Mind

If you follow my writing closely, you may remember an article from last year where I came to terms with the fact that I needed to shift my focus away from film and direct my attention back to my digital work. At that time, I had spent thousands of dollars on film and processing, not to mention spending tens (if not hundreds) of hours digitizing my film, which includes scanning, cleaning, and color-correcting my photographs. So, once the beginning of the year arrived, I decided to dive back into the world of digital photography by going all the way in and picking up a Mavic Air 2 Fly More Bundle.

After taking the drone out for the first time, I was hooked. More specifically, there were photographs I was able to make with the drone that I had never thought of or considered ever before. I don’t see how any photographer could take a drone up for their first time and not have a similar experience. If the camera is approximately parallel to the ground, the images may not easily differentiate themselves from those of photographs not made with a drone. The advantage then becomes the ability to get vantages that would otherwise be impossible to reach with a helicopter. It is with the camera pointed directly at the ground that the drone really shines. Truth be told, while straight down shots are pretty awesome, even those photographs which are not straight down but close to it still have particular magic to them.

How the Drone Has Changed My Photography

The best part of any new photographic tool or toy is how they change the way you see and capture the world. When it comes to getting started with a drone, the ability to see and photograph the world in a different way is quite literal. It was only after I had multiple outings with my drone that I found myself seeing the world differently through my Sony a7R II. That is to say, I found myself conceptualizing photos in a different way than I had before — putting more emphasis on shapes, composition, and framing while putting less emphasis on specific details and colors. 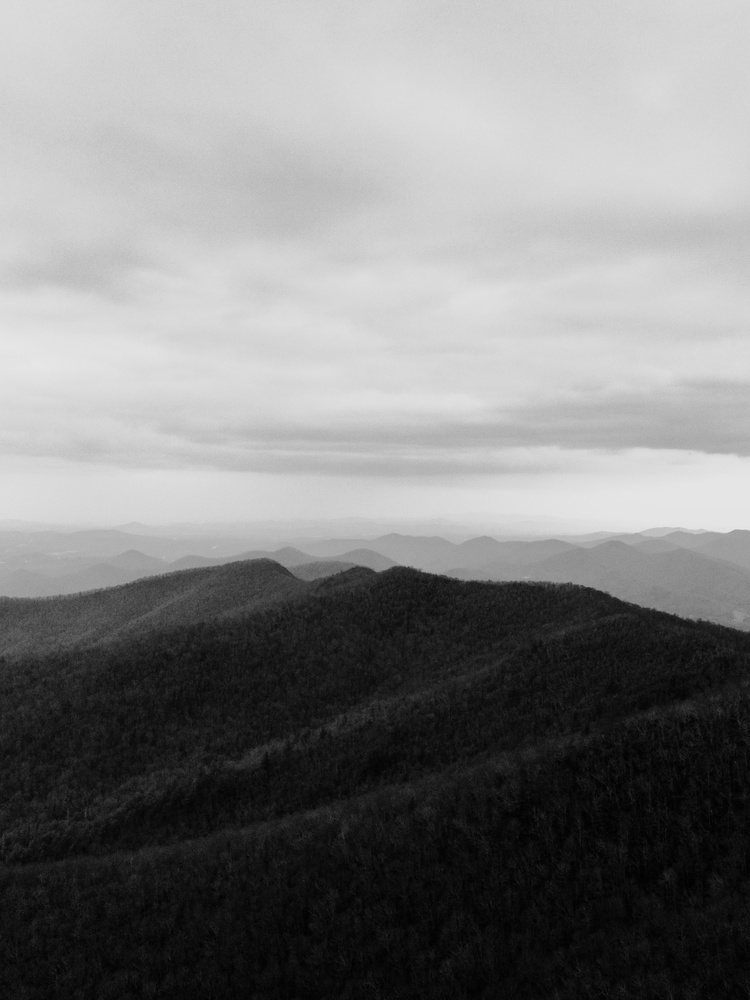 As an extension of the original point — literally seeing the world in a different way — I have truly enjoyed visiting and photographing some of the same subjects from my previous excursions. Take, for instance, one of my favorite subjects here in Ohio, Ash Cave, located in Hocking Hills. This is a beautiful part of the park with a gorgeous waterfall that developed a mound of ice nearly 20 feet tall at the bottom by the end of the long freeze. Being able to photograph this beautiful spot from a perspective I have never seen photographed before was really wonderful. In fact, several of my favorite photographs I’ve taken with the drone are places I’ve photographed more than once on the ground, and despite many of my friends being familiar with the spots as well, it is rare for anyone to be able to identify them from an aerial view.

When I was doing my research on drones, I eventually concluded that the Mavic Air 2 was right for me. With the Fly More Combo, the price came out to be just under $1,000. Please note that the Fly More Combo, while not being necessary and adding nearly $200 to the final cost, adds a couple of extra batteries, which itself is worthwhile. I considered buying the Mini and the Pro (I didn’t really have a price point, so most everything was fair game) but decided against them. The Mini is significantly cheaper (the Fly More Combo is priced at $599 at the time of writing) but does not provide the same quality of photographs and does not have obstacle avoidance, which made the increased price of the Air 2 act in part as an insurance policy. It should be noted, however, that the Mini is less than 250 grams, which makes it a bit more travel-friendly. The Mavic 2 Pro seemed very nice and was equipped with a larger sensor and boasts Hasselblad glass, though it was difficult for me to justify the added benefits given the price (coming in at nearly $2,500 for the Fly More Combo at the time of writing) and the fact that I didn’t intend to shoot video. Lastly, the Mavic Air 2S has made its debut since I bought my drone and thus after I’ve done my homework. 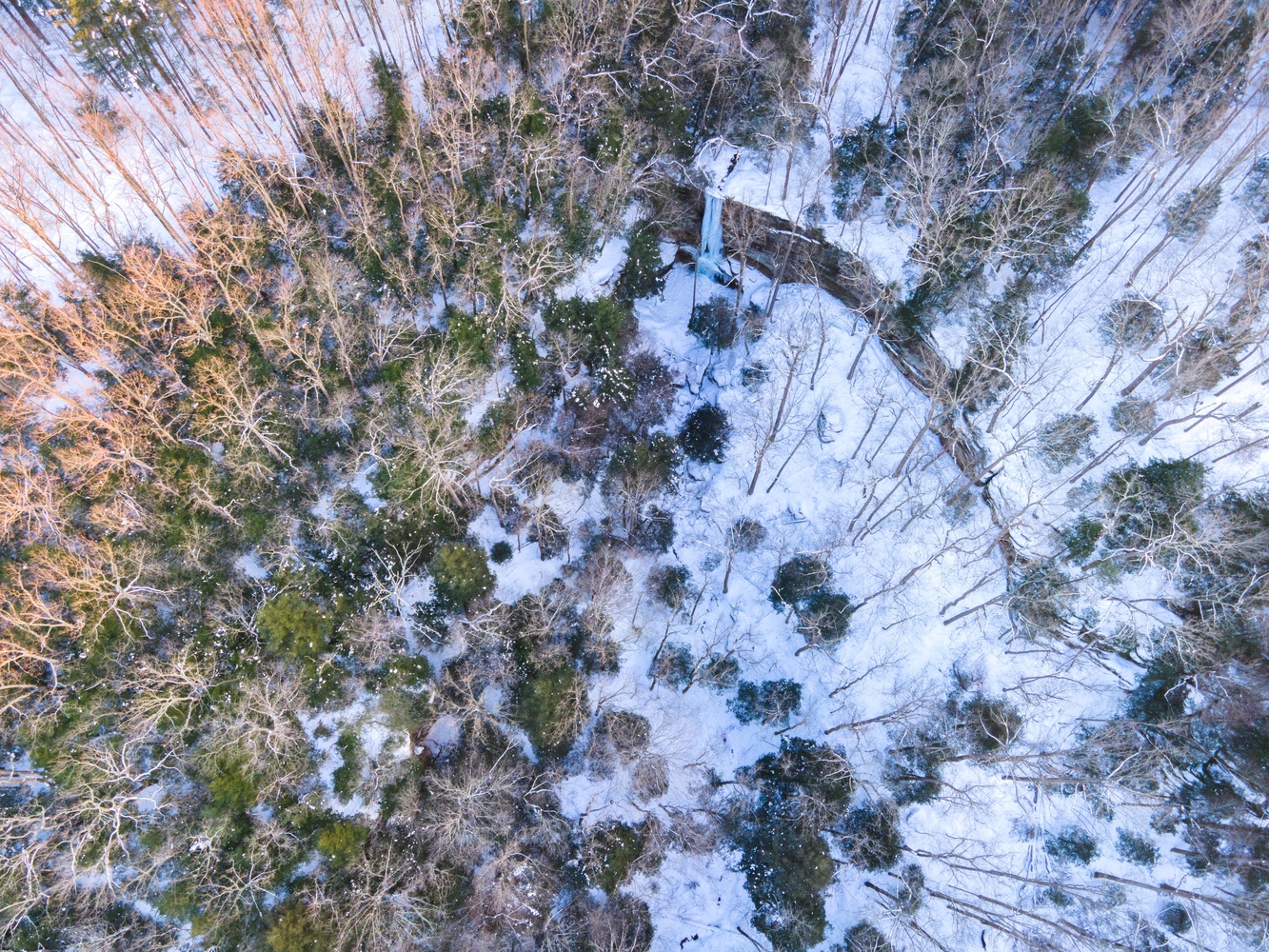 First and foremost, it is important to obey the law while flying a drone. In the United States, each state has its own laws when it comes to drones. Even beyond states, different cities and parks can have their own rules. You need to register your drone with the Federal Aviation Administration (FAA) and in addition, some states require registering some drones with the state as well. Further, drone laws differ greatly between countries, so make sure that you do your homework and are lawfully flying when you travel. Lastly, for as much fun as drones can be, they can also be dangerous. They have been known to injure wildlife and the people who fly them.

Drone / August 30, 2021
Drone Photography: 6 Things to Know Before Flying A Drone
Log in or register to post comments
10 Comments

Do these drones have a APS-C size sensor?

None of the foldable ones have APS-C size sensor. The best DJI Mavic drones have 1" sensor (Air 2S and Mavic 2 Pro), which is significantly smaller, but it's really, really good. It's better than anything you'll find in a phone.
If you opt for larger drones you can get full frame sensors up in the air, but those drones are extremely expensive and not practical as they are rather big.

Drone photo's can be cool. There other perspective certainly is beautiful, but.. Am i the only person who feels photography with some flying thing and a remote is like cheating? I want to have been on that spot myself and have seen it with my own eyes.

It's not cheating. You can't fly. And if you rent a helicopter and a pilot, it can be considered cheating as much as using a drone. Way more expensive cheating.

Well i wrote: i wasn't there. With a helicopter i'm there.

Yeah, up there in the air, controlling a camera. Which you're doing it with a drone. Is controlling your camera on a tripod while using a remote or delayed shutter also cheating because "Not physically there"?
The argument is weak. I cannot agree.

The argument isn't weak at all. It's my feeling. I want to be there. And i am there behind the tripod. I see the the same perspective. Nothin g strange about my reasoning. Will you find it the same if you make screenshots behind your desk of something you recorded with a webcam you installed somewhere in Africa? It's not the same as photography for me. Just a bridge too far. Being there at that time and spot and seeing it with my eyes is essential for me. 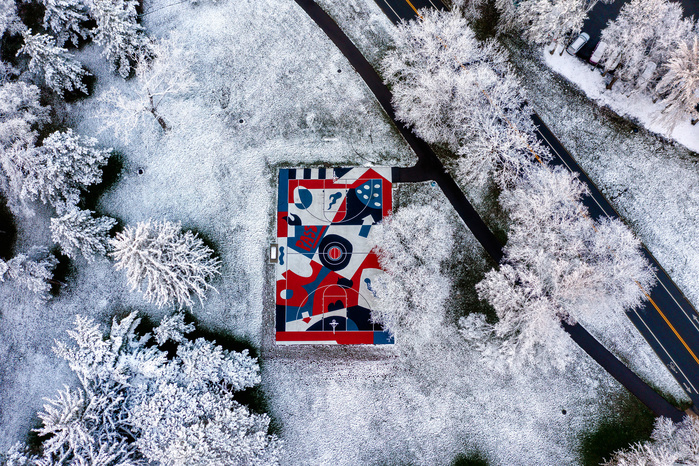 Good for you for letting potential drone owners know that they must register their drone. You should also point out that all drone pilots must pass the FAA Recreational UAS Safety Test (TRUST). It's free to take and is very simple, but is required by law in the U.S.

I came to the comments to say just that. I'll also add that if you are making any money off of your UAV images, including monetized YouTube or paid articles or prints, that is commercial and requires a Part 107 license.