Expression Trumps Everything in Portrait Photography

Looking back at my early portraits often makes me cringe. I’m not even afraid to admit it now. It was always a goal of mine to be a competent portrait photographer, but I was incredibly shy and didn’t know how to engage with the people in front of my lens. I was always somehow dissatisfied with my results, as I could never seem to connect with my subjects on a level deep enough for them to let their guard down.

After an extended period of trial and error, as well as paying close attention to other photographers’ work that I admired, I finally found a method that worked for me. However, many of my early portraits looked like test shots without a trace of life in them, since my only goal was to make sure that the photographs were properly lit and composed. In other words, capturing genuine expressions during a photoshoot didn’t come naturally to me. At all. Not even a little bit. But once I was finally brave enough to look at my work with a critical eye, I realized that I needed to turn my weakness into a strength. 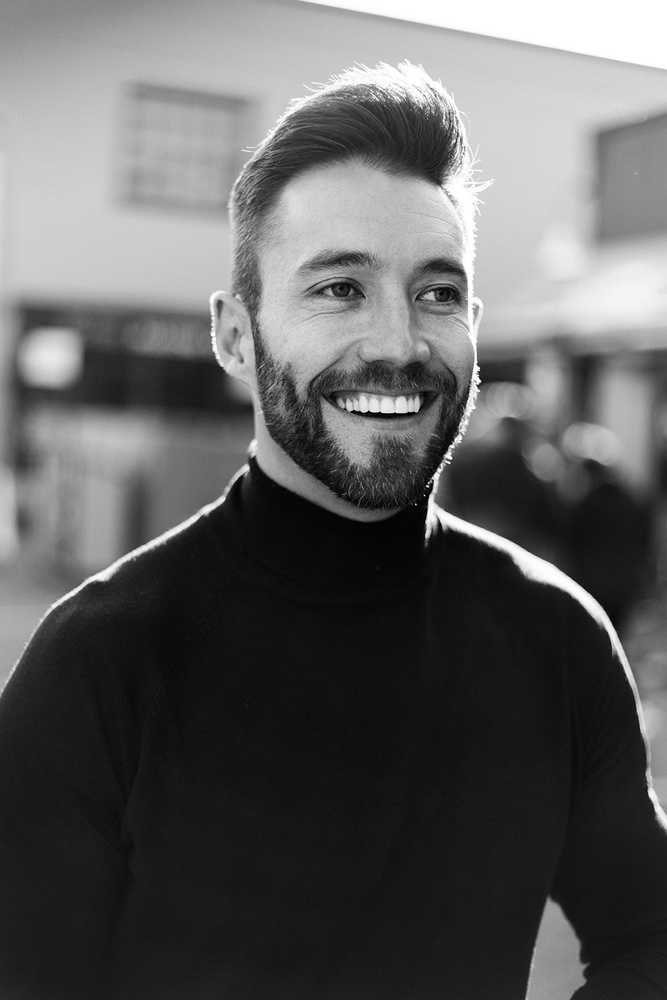 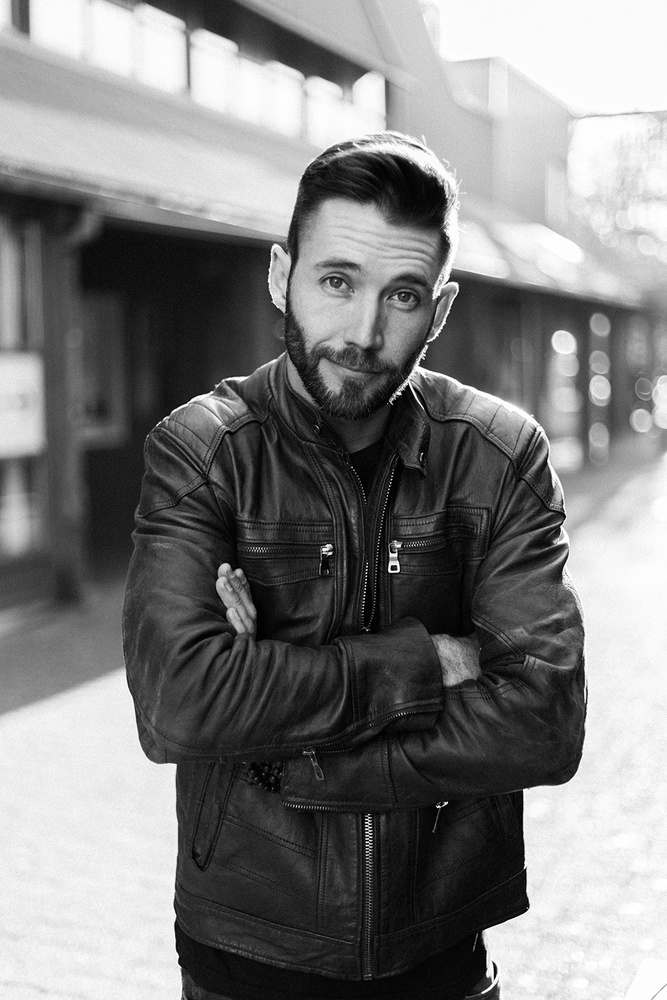 I believe this is a common problem for a lot of photographers working today. Many photographers focus so much on the lighting, composition, styling, etc., that they forget they’re photographing a human being and not a product. Don’t get me wrong, those ingredients are absolutely important to the success of an image, but I would argue that a portrait without any trace of emotion is dead on arrival. Moreover, I’ve seen several published celebrity portraits with a bit of motion blur or slightly missed focus that are totally successful because the person is animated. Interestingly, this was more commonplace back when film was the photographic standard, and perhaps more spontaneous or candid moments were prioritized over an obsession to perfect the still image like we’re so accustomed to today.

Two photographers that I admire very much are Peggy Sirota and Ben Watts for their superhuman ability to bring the best out of their models and coax emotions out of them that nobody else has. Seriously, look them up. They have the secret sauce, there’s no question in my mind. Even better, watch some behind-the-scenes videos to see how they work and interact with their subjects. It’s for precisely this reason that their work ends up in the biggest magazines month after month. 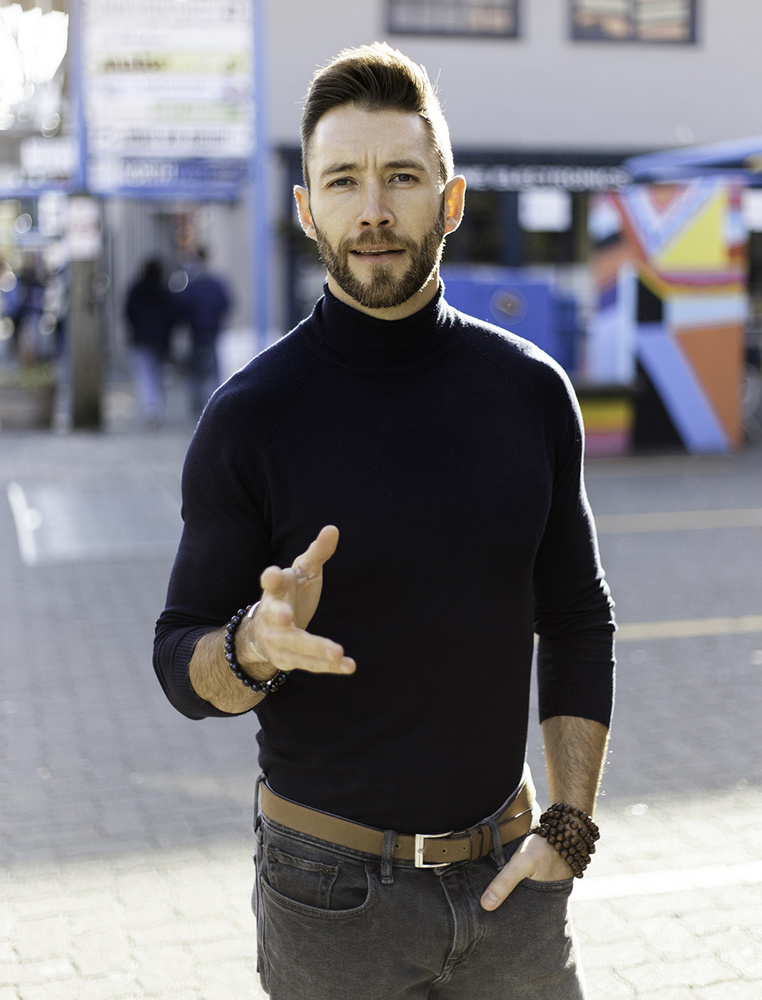 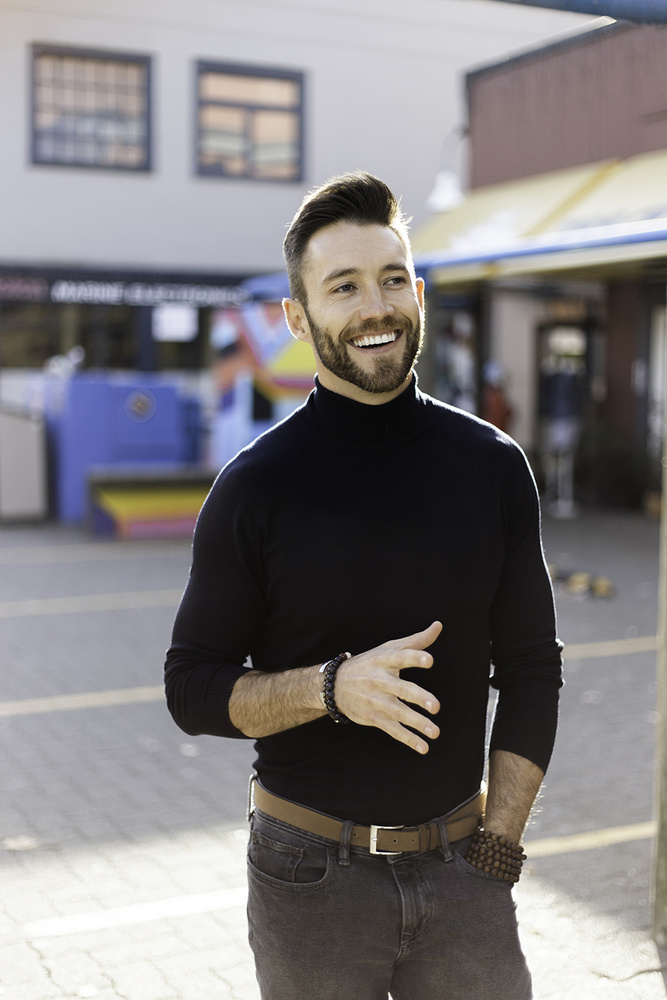 So how does a photographer bring the best out of a person during a portrait shoot you might be asking? I will not claim to be an authority on the subject, but here are some methods that have been working well for me so far: 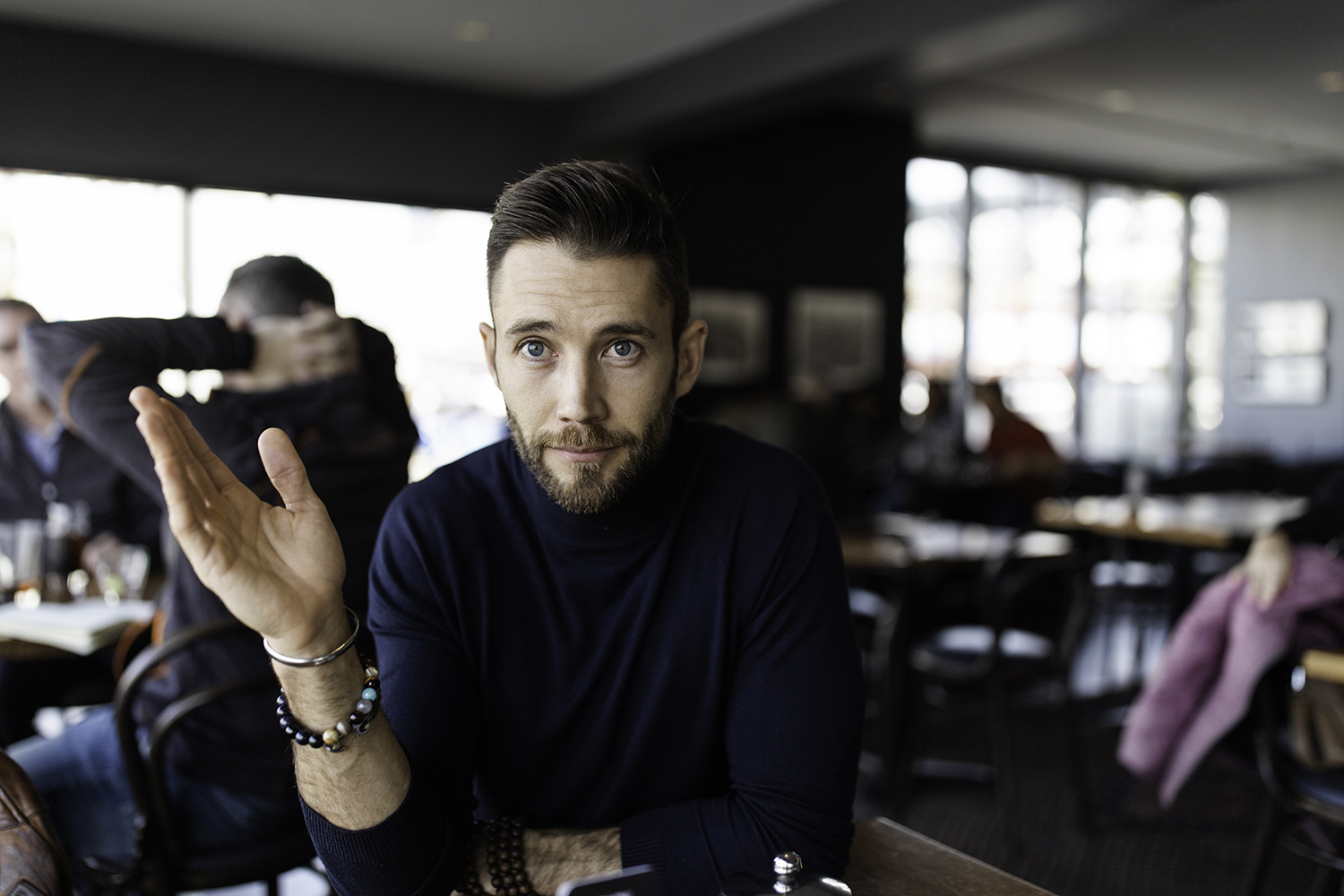 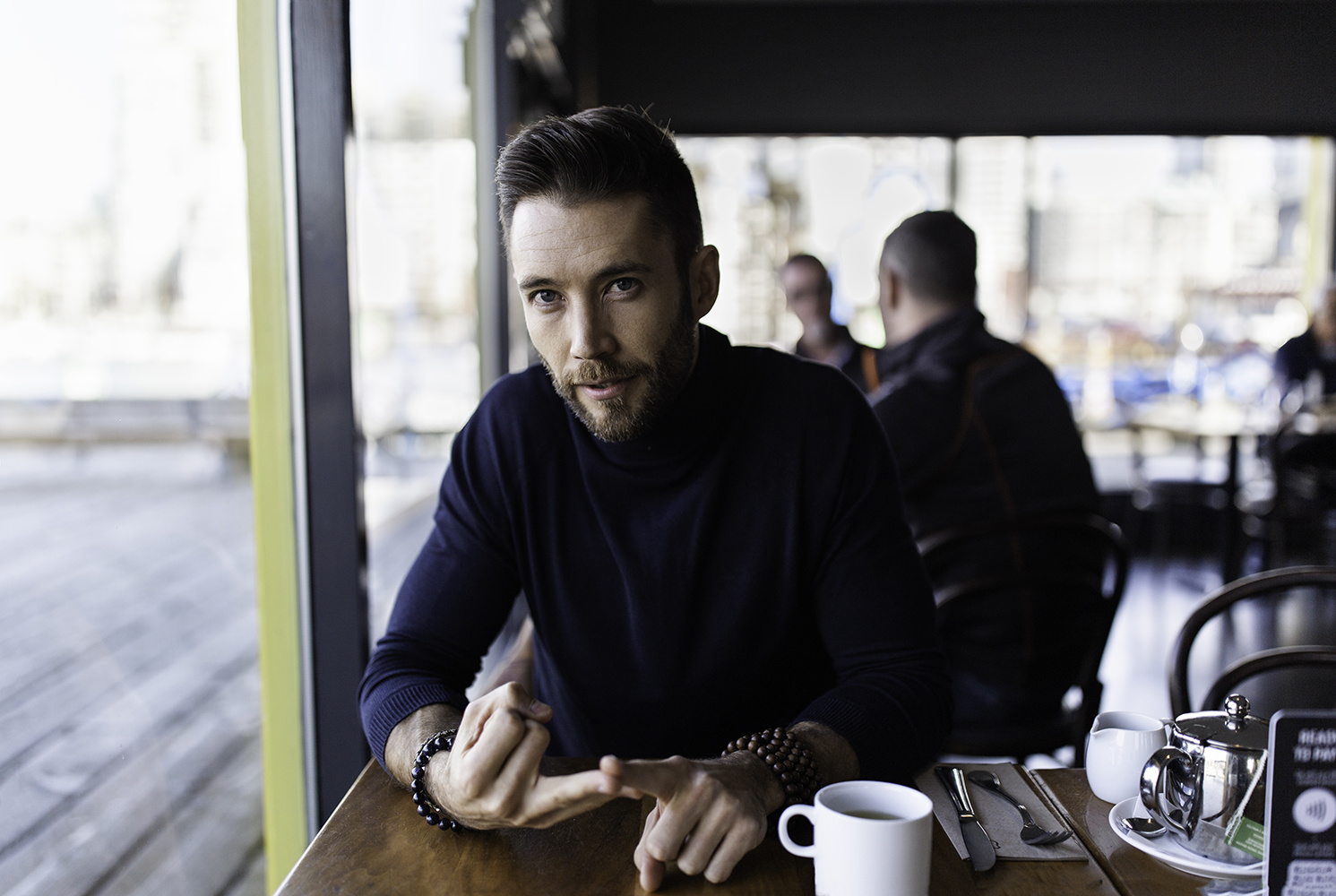 If you’re ready to tell me that I’m wrong, let me get ahead of you by admitting there are of course a few exceptions. Fashion photography is a great example of a genre that doesn’t necessarily need to prioritize lively expressions in order to be successful. One could argue that the person being photographed in a fashion photograph is merely an accessory to the clothing, but I’ll leave that to others to determine.

Someone like the great Dan Winters is another exception. Not only are his images lighting masterpieces, but he always seems to capture subtle yet quite powerful expressions that perfectly compliment the overall mood of the photograph. He’s not the only one, but he immediately comes to mind when I think of quiet emotions done well.

Not every image in a photoshoot needs to have a happy expression, but I strongly believe a shoot is more successful with a wide variety of expressions in the bag. I am always more satisfied from a personal standpoint, and the client likes to have options. Just remember, every person is different, and everyone expresses themselves in a different way. At the end of the day, the diversity of expressions from photographing different people will naturally add variety to your portfolio that viewers will gravitate towards. And that’s a great thing. 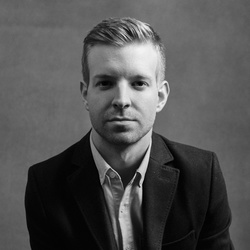 Nicklaus Walter is a Canadian documentary portrait photographer, currently based in Anhui, China. 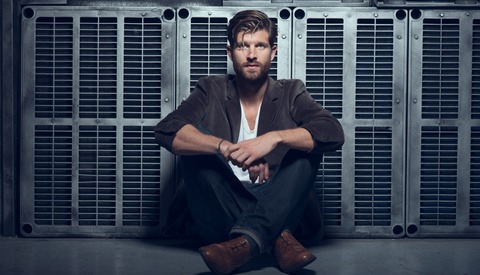 Business / June 7, 2017
Why Every Photographer Needs an Elevator Pitch 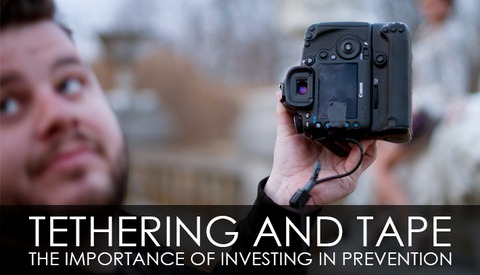 Studio / May 5, 2014
Tethering And Tape - The Importance Of Investing In Prevention 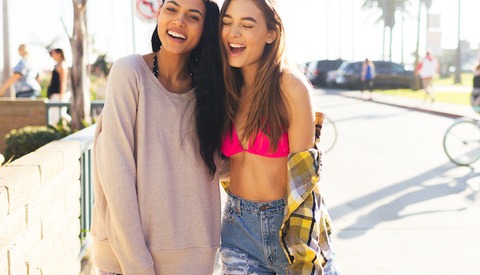 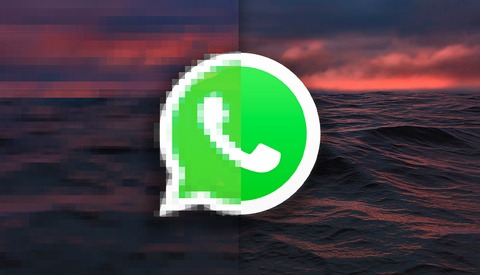 Education / April 7, 2021
How To Trick WhatsApp Into Sending Uncompressed Images
Log in or register to post comments
9 Comments

Nicklaus, I enjoyed this article. Resonated with me as an honest friend once told me my portraits were lifeless. Gulp. But point taken, and this is helpful advice to help address that. Thanks.

Hey Mark, thanks for saying that, it means a lot to me. Yes, I know exactly what that feels like, as a few years ago I heard the same thing from multiple people that I showed my work to...people who I was seeking validation from no less. I've also had someone tell me that I "need to get outside more" after showing them some photos that I thought for sure they would be impressed with. Both times definitely stung, and I may have put the camera away for a month or two after each criticism.

I can totally relate to the camera shy headshot clients that you get sometimes, as I've had those experiences too, and in fact I am one of those people when it's my turn to be photographed. You sound like you really have your technique dialled in! I love your phrase "expression is a function of thought", and I'll have to remember the TOM CRUISE trick for next time. I can see that being a priceless way to put someone at ease :)

What is the Tom Cruise trick? Excellent article.

" but I would argue that a portrait without any trace of emotion is dead on arrival" And I wouldn't. You give great advice about how to conduct a shoot. And Dan Winters is a terrific photog. 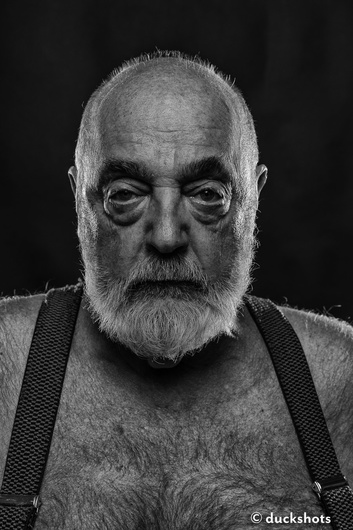 You've got some strong lighting skills up your sleeve, great job.

Nicklaus, I too enjoyed your article. I am a hobbyist photographer, and your description of your former style is me exactly. I can engage with people... until it comes time to start clicking off the portraits. I am definitely going to try your excellent suggestions. Oh, BTW - I also enjoyed that it was an article, and not a 10+ minute video full of fluff!

Thanks so much Jerry!

I am so glad you enjoyed the article. I do enjoy watching Youtube videos, but my preference after a long day is to read as opposed to watching content. I'm glad you feel the same.