Is Canon's R3 Enough to Challenge the Sony a1 and Nikon Z 9?

The Sony a1 has arrived and the Nikon Z 9 was recently been announced, so it's now Canon's turn to make an announcement about its forthcoming top-end camera, the R3. Last month, I compared Canon's then top-end R5 to Sony's and Nikon's offerings, commenting on the different strategic approaches of the three companies. Now that the R3 has arrived, what does it say about Canon's approach to the burgeoning mirrorless market, and what are the portents for Sony and Nikon?

Last year, I bemoaned the fact that Sony didn't make a pro-spec (or flagship) mirrorless body — in fact, it's a surprise really. Sony has owned the full frame mirrorless market, yet that marketing statement of intent, the pro-spec body, never made an appearance. Maybe this was purely due to the bottom-line, with financials taking precedence over everything else, yet it is a gap that we all knew Canon and Nikon would fill out sooner rather than later. The question was centered around how they develop their new product lines and what response would Sony have.

Perhaps strangely, Sony's response preempted both Canon and Nikon's announcements. While Sony is undoubtedly paying attention to what its competitors are doing, it still has its own strategic game plan, and camera development is clearly a long game. The a1 is intended to give the best all-around performance in terms of image quality, thanks to that 50 MP resolution and 30 fps blackout-free shooting rate. Add the faster AF, 1/400th sync speed, and 8K video, and it really should meet any challenge thrown at it — except perhaps any physical challenges. In terms of build quality, it doesn't stack up to Nikon and Canon's heavyweights, such as the D6.

Nikon, of course, did step into the gap that Sony had so neatly left to be filled in the form of the recently announced Z 9. While this is still at the announcement phase, it will reportedly sport a new stacked CMOS sensor, 8K video recording, and vertical handgrip with a rumored 20 fps shooting rate and 50-60 MP output. And as the image below shows, it is obviously a pro-spec body in that it will be manufactured to high build and weatherproofing standards, along with an integrated vertical grip. 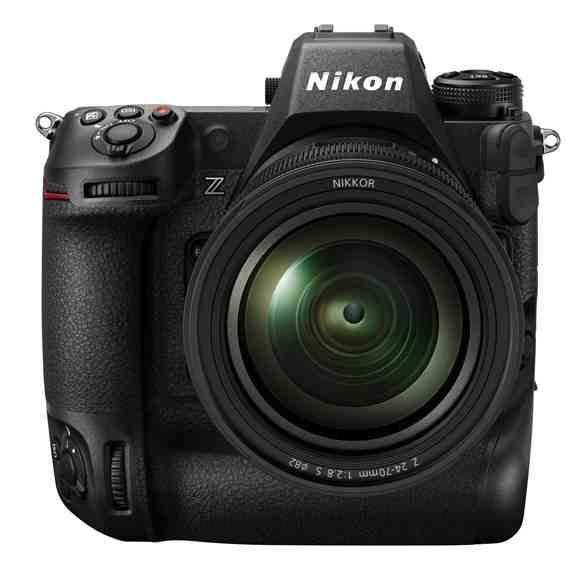 Canon's recent announcement of a pro-spec body, following in the wake of Nikon, is therefore not surprising, and headline specifications for the R3, although scant, broadly match expectations. In fact, specifications reduce to just one: 30 fps. Whether this is intended as a bit of one-upmanship with Nikon is hard to tell. The principal announcement is the development of a new stacked CMOS sensor that is already featured in both the a1 and forthcoming Z 9. Canon develops its own sensors and has a reputation for being late to the party with new technologies; the fact that it is highlighting this news (implying that it is jumping straight to a stacked chip, rather than using a BSI design) shows the importance it is placing on this for maintaining competitiveness.

The other eye-catching party trick was eye input AF! Eye Controlled Focus first appeared back in the 1990s but never made its way across to digital, so its reintroduction is both fascinating and mystifying — fascinating in that anything eye-controlled still has a sci-fi Star Trek appeal to it, mystifying in that tracking AF (including eyes) is significantly advanced enough that it is the "go-to" for many photographers, and in this sense, is there a need for eye input AF? As a photographer, tracking AF is brilliant when you are running and gunning or photographing people; however, once I start shooting personal projects, I tend to be more considered and switch to back-button focusing. In this instance, setting your spot focus as quickly as possible is critical, and so, eye input AF could be massively useful. 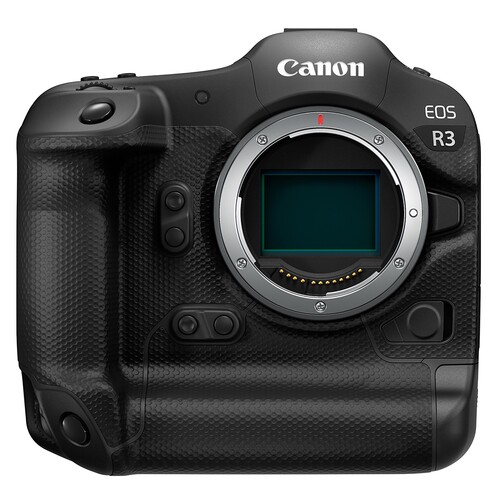 Is It All in the Name?

Camera naming conventions are fickle things. I'm not entirely sure why Sony went for the a7 moniker originally, although the a9 is a specific variation from that and the a1 denotes a flagship product. Nikon has tended to reserve single digit models for its flagship products (e.g. D6), three digits for its second-tier cameras (e.g. D850), and four digits for its amateur models, although it didn't always stick to that! It hasn't followed this for its mirrorless line-up, with the Z 6, Z 7, Z 50, and Z 9. Canon has tended to use the "1" moniker for its flagship product, which raises the prospect of the R3 being a second-tier camera that is designed to sit alongside the R5 and may well be followed by an R1. Or it might not. Having two pro-spec bodies doesn't appear to fit with its past strategy, and camera manufacturers have a tendency of throwing in a curveball to their naming conventions to either confuse competitors or customers! It also doesn't help that some manufacturers (e.g. Canon, Minolta) have used different product names in different territories for the same cameras.

The Future of Mirrorless

Mirrorless was launched upon the world with the release of the 2008 Panasonic Lumix G1. Unbeknownst to all at the time, this ushered in a new era although its full impact — and the pivot point for Nikon and Canon — would take another decade to be realized. Mirrorless cameras since then have not strayed into the realm of pro-spec bodies, and it's perhaps odd, therefore, to think that it was Olympus that first targeted this segment in the form of the E-M1X. This was actually predicated on the original Four Thirds body released in 2003 in the form of the E-1 and perhaps the spiritual parent of the mirrorless camera. Of course, the E-M1X didn't sell in wildly large numbers, and I suspect that neither Nikon (nor Canon) expect their respective models to be wildly successful. That is not their purpose, rather it is a statement of intent and development ground for new technology. If nothing else, the announcement of these models declares the end of the DSLR. More to the point, has Canon done enough to whet the appetite in terms of teasing the headline specifications? Is this the step ahead of Sony and Nikon that the R5 was, and if it isn't, does it matter? Is the generalist a1 ultimately the better commercial move, or will we see Canon and Nikon finally establishing their mirrorless models as the best available? 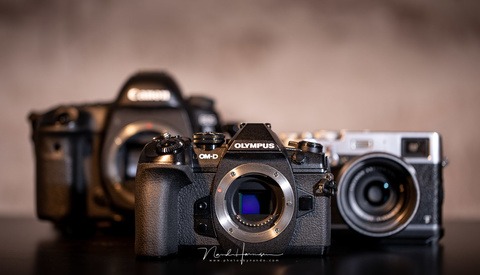 Gear / September 3, 2020
Trying Out an Olympus OM-D: Why Are These Cameras Not That Popular?

Gear / January 16, 2019
Old Is Gold: Ten Reasons Why You Should Buy a Canon 6D, the Best Full Frame Camera Under $1000
Log in or register to post comments
8 Comments

Is the Ferrari SF90 enough to challenge the Lada 1200 and NSU Prinz 4?

Not enough according to the Lada drivers! ;)

If 54Garage has that Lada first it will be a very entertaining show!!

But, to answer the question, it'll be close.

Frankly, this camera will not be released anytime soon! by the time it's out Sony is already developing the Alpha 1 mark II with possibly a global shutter. The eye input AF is a gimmick, I am sure it will be used to focus on zones rather than precise points in the frame.

"Mirrorless was launched upon the world with the release of the 2008 Panasonic Lumix G1".

All those decades of rangefinders, point and shoot and View cameras...

Anxiously awaiting Ken Rockwell's smarmy vaporware review on this camera to go with the z9 review.