The A Mount: Sony's Future That Never Was

Sony's not a camera company or at least hasn't been until relatively recently. Its heritage is as un-optical as any recent manufacturer can be and is certainly far removed from the heritage of the likes of Nikon, Canon, Leica, and Pentax. Yet, among the gravestones we see littering the photographic landscape, it seems likely that the A mount will soon join them, finally severing any link to the past. So, why wasn't the A mount Sony's future?

History records the 1981 Sony Mavica as the first electronic still camera. It wasn't digital, as the CCD produced an analogue video signal (at NTSC 570 x 490 pixels) that could be recorded to video floppy disks. What it did show was Sony's video heritage and development direction, although it wouldn't release a production Mavica until 1987. Storage media began as floppy disks, before going on to adopt the Memory Stick and CD formats. Other than its Mavica brand, Sony was largely nascent in the camera market until the appearance of its CyberShot compact and bridge camera models in 1996, and this was the way it stayed until the release of their first DSLR in the form of the Alpha 100 in 2006. 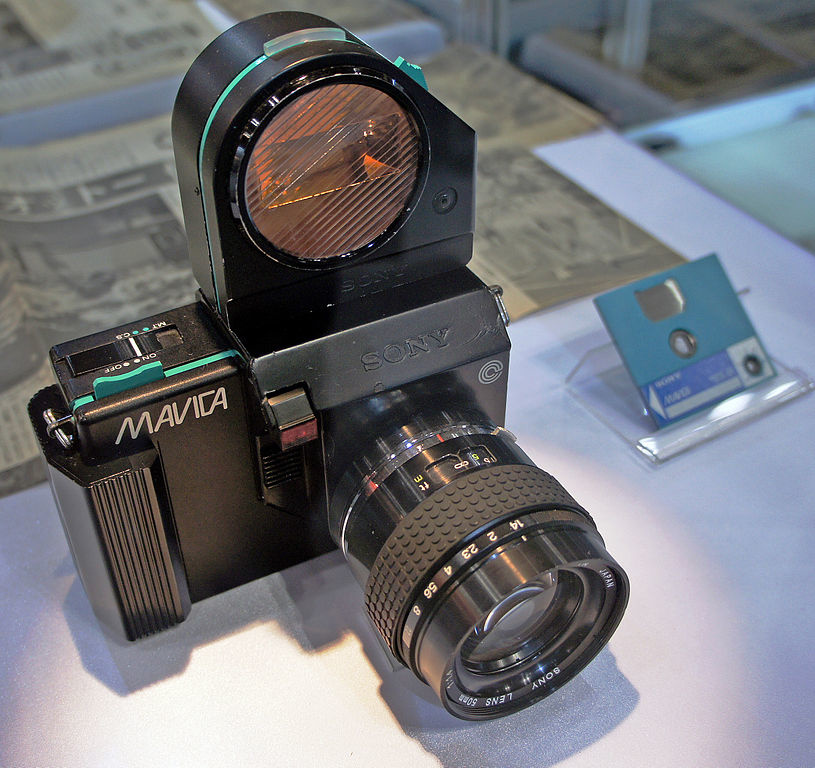 Development of the A Mount

Looking at Sony's product release cycle suggests that they continued steady camera development with the release of a DSLR 10 years after its CyberShot bridge cameras. Except this isn't actually what happened. What options do companies have when there is a gap in their product range? In general, they adopt one (or more) of three strategies. Firstly, develop it from scratch, which ensures you own the IP and have complete control over how it integrates with existing manufacturing and products. Secondly, licensing and partnering are options that involve liaising with a third party to provide the product. Finally, purchasing a product outright brings it (and the IP) in-house quickly, but at a cost.

So, what was the genesis of the Alpha 100? Perhaps unsurprisingly, Sony followed the strategy of partnership that ultimately led to a business purchase. The Alpha A mount was created by Minolta during a surge in its technological innovation in the 1970s and 1980s. With the arrival of early autofocus cameras (such as the Konica C35, Polaroid SX-70, and Pentax ME-F), the race was on to develop and deliver an efficient and effective system. Minolta took up that mantle, in part a result of its specialization in in-camera electronics and partnership with Leica during the 1970s. The result of this flurry of activity was the release of the Maxxum range (Dynax in Europe and, yes, Alpha in Japan!) of cameras, initially in the form of the 7000AF, the first SLR with integrated autofocus and motorized film advance, beating both Canon and Nikon to the punch. 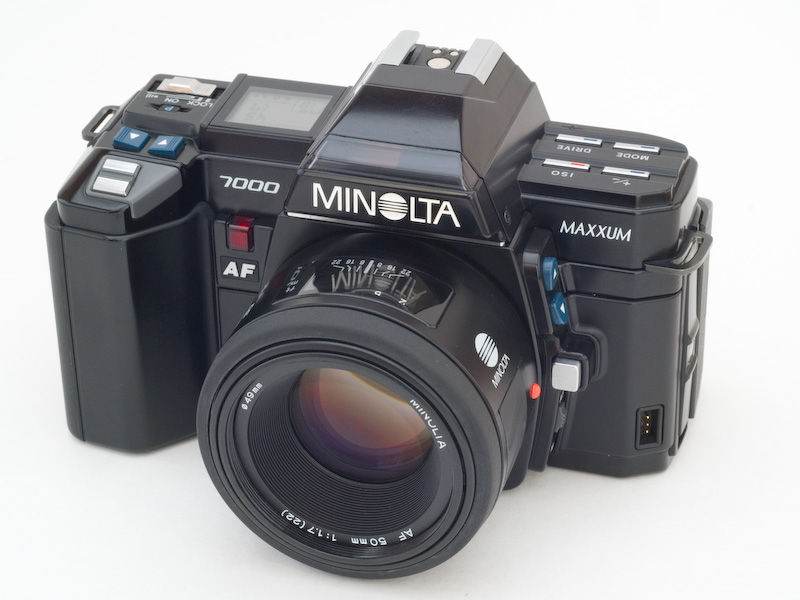 In common with other manufacturers, Minolta introduced a new lens mount — in the form of the A-mount — that incorporated TTL phase-detection focusing and metering, auto-exposure, and predictive focusing. The mount specifications in the form of throat diameter (49.7 mm) and flange distance (44.5 mm) ranked second to Canon, giving Minolta a significant competitive advantage over other manufacturers in lens design.

Minolta's cameras were at least as competitive as Canon and Nikon as the digital photography era dawned, and so, the 1990s were set for a technological space race. How would Minolta fare? Like everyone else, it started with compacts in the form of the DiMage range; however, the first foray into DSLR territory was the slightly experimental RD-175 (and not too dissimilar to the Nikon E2N) and likely the first-hand portable digital camera. It used three separate CCDs and an optical reduction system. Unfortunately, while Canon and Nikon went on to release full DSLRs at the turn of the millennium, it took Minolta until 2004 with the Maxxum 7D. In fact, by that point, Minolta was no longer Minolta, as it had merged with long-time manufacturer Konica to create the not so trip-off-the-tongue conglomerate of  Konica Minolta in 2003. The 7D (and 5D) proved to be their last DSLR gasp as they entered a partnership with Sony that year and then transferred all photographic assets to Sony in 2006 with the Konica Minolta-developed Alpha 100 now the first Sony camera. 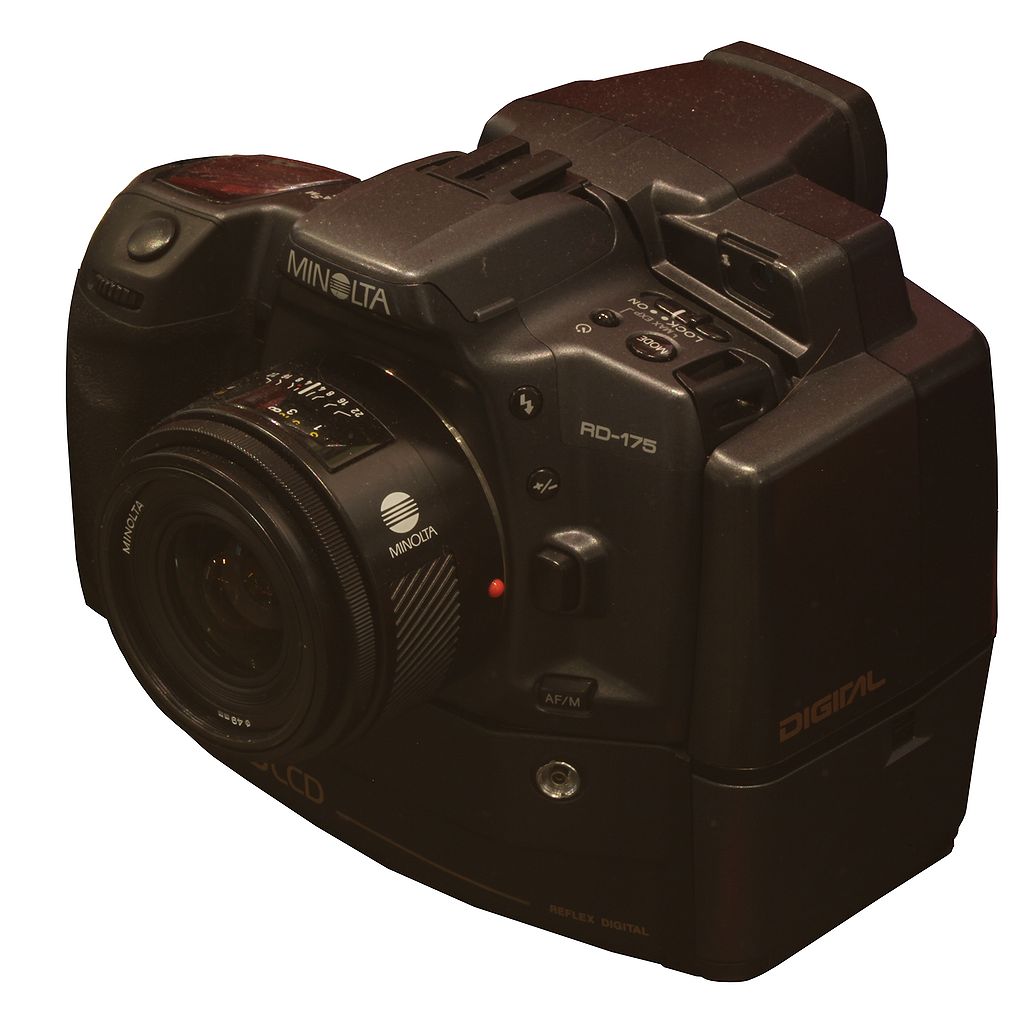 As we see with any business sale, the initial products that are released were already in development at the point of sale, and so, it was with a series of Minolta-based cameras through to 2010 when Sony produced its first mirrorless model, the APS-C NEX-3. Interestingly, it simultaneously released its APS-C single-lens translucent (SLT) as a replacement for the SLR models, which meant that it no longer offered a full frame digital ILC until the 2012 Alpha 99. It seems likely that the E-mount mirrorless cameras were never intended to go full frame (due to the more limiting mount design), but early commercial success may have led to the development of the 2013 a7, meaning that in reality, there was a seamless transition.

Dropping SLRs was a big technological gamble for Sony, although it banked on either mirrorless or SLT: its mirrorless horse raced home. The recent and quiet removal of Sony's SLT cameras from some of its regional websites suggests that all development has been shuttered, the cameras are no longer being manufactured, and the 1985 Minolta heritage is no more. It seemed quite possible in the early 2000s that DSLRs (and the A mount) were Sony's future. Like its competitors, it dived in headfirst to the mirrorless revolution, hedging its bets by developing APS-C and full frame SLT and mirrorless models. Unlike Canon, Nikon, and Pentax, it put forward a dual SLT/mirrorless strategy that resonated with amateur and professional photographers rather than seeing mirrorless as a low-cost adjunct to the DSLR money pot. In this regard, Fuji was also successful by setting out an APS-C strategy of enthusiast cameras in this regard, while Olympus and Panasonic filled a niche. For a brief moment in the 2010s, SLT seemed to be the future.

Gear / July 6, 2021
Why Does the Nikon Z fc Have an APS-C Sensor?
Log in or register to post comments
6 Comments

Thanks for this article.

I would have summed it up as Sony decided to go mirrorless and needed a new mount like everyone else. Thank you for the article, it was an interesting read and conained some history I wasn't aware of.

I'd like to point out that the image of the Minolta Maxxum 7000 in the article is the 'newer' version. The original had 'crossed x-s' that had a whole story unto itself... 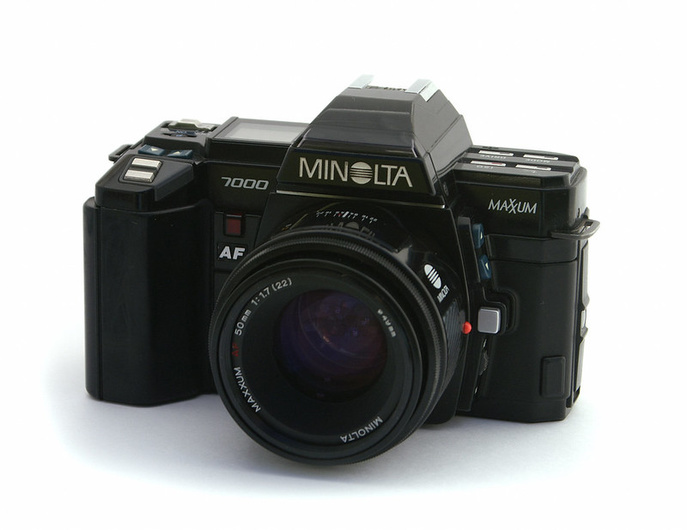 "It seems likely that the E-mount mirrorless cameras were never intended to go full frame (due to the more limiting mount design), "

Still pushing this false narrative? Sony's been able to match and beat other brands that have larger mounts, as far as in image quality AND lens size for FF. They've proven this time and time again, most recently with their 50/1.2 GM and 20/1.8 G (both vs largest-and-shallowest-mount Nikon).

As far as A-mount, it was a stepping stone. SLT was already 80% of what mirrorless was to become. OVF was dropped for EVF, using a translucent mirror to give a TTL live view though the viewfinder, while still bouncing the same view of the scene to the separate AF sensor. All that was needed to become modern mirrorless was to remove the mirror and add OSPDAF, which occurred in 2012 (NEX-6). The rest is history. Like A-mount is.

Something else to consider is the importance video played in Sony's design decisions. As I understand it, Sony was late in incorporating video into their DSLR bodies because they wanted to do it "right" and found the way other manufacturers were doing it to be "clunky" (at least that's how my memory frames it). I suspect that their push toward mirrorless through SLT was in an effort to get to video. This of course is all a guess on my part based on stuff I think I remember hearing 15 years ago.