The Professional Way to Create a Video Time-lapse

There are a ton of different easy ways to create a video time-lapse. Today, I will teach you the hardest and most time-consuming method that professionals are currently using to get the best results possible.

Please watch the video above for the most detailed step by step tutorial but I will be summarizing the technique here in this post.

Although it's much easier to shoot time-lapses with a video camera or with automated functions in still cameras, to get the absolute highest image quality, you'll want to shoot raw images and edit them once you get back to a computer. The most expensive video camera in the world is not capable of capturing a single frame with the amount of detail and dynamic range, of the average still camera shooting in raw.

For my time-lapses, I used the Fujifilm X-T30. the benefit of the X-T30 is that it's extremely small and easy to travel with. Its 26MP sensor has enough resolution to capture a 6k time-lapse. Higher megapixel cameras will allow you to create 8k time-lapses and beyond.

Ideally, using a lens with a mechanical aperture ring would be the best choice because current lenses with digital aperture controls usually produce flickering while your shooting. For daytime time-lapses, a deep depth of field is usually ideal and stopping down to f/8 may be the norm, but at night, a lens with at least a 2.8 fstop or faster may be necessary.

I personally don't own any lenses with mechanical apertures so for my time-lapses, I used the the Fujifilm 16-55mm f/2.8 during the day and the Fujifilm 35mm f/1.4 at night. My time-lapses did have aperture flicker, but I was able to fix it later in post.

If you're shooting time-lapses of stationary subjects during the day, your shutter speed doesn't really matter, but I have found that most daytime time-lapses of moving subjects look best with around a 2-second exposure. To achieve this, you will need a neutral density filter on the front of your lens to cut the bright natural light.

Because I was shooting stationary ruins, I did not need to use a neutral density filter.

You can get amazing results with a stationary camera by adding movement by panning and zooming in post but, most professionals are moving the camera while capturing the time-lapse. This camera movement creates parallax that cannot be replicated and post and takes your production value up a notch.

I used the Syrp Genie II 3-Axis Indie Kit in my time-lapses. The entire kit is battery powered which makes it perfect for shooting on location. This kit is also modular and for a few of my shots I put the X/Y Genie II units on top of my Manfrotto 563 tripod to get moving shots with a more compact setup.

3. Set ISO as low as possible

6. If you're shooting moving subjects, use a neutral density to attain a two-second exposure.

3. Set your aperture to the widest aperture

Once you've shot hundreds or thousands of raw files, you'll need to edit them using Adobe Lightroom, and exposure smooth and export them in LRTimelapse. I personally added one additional step of adding a "look" to my time-lapses by using Exposure X4.

To learn how I used each of these programs, please watch the video above for a detailed tutorial.

Shooting from day to night can take hours and requires extreme and constant changes in camera settings. There are a few different methods to doing this but they usually break down into two main categories: standing by the camera for hours and changing settings every few minutes manually, or using semi or fully automatic settings to allow the camera to most of the work.

Today, with incredible software like LRTimelapse helping us smooth out exposures, shooting in Program mode with auto ISO turned on, may actually be the easiest way to do this. Being that every camera is different, there is not a "correct" way to do this, and therefore I must suggest that you experiment with your own gear.

In the future, I will do a day to night time-lapse tutorial and I'll share my experience with you then. 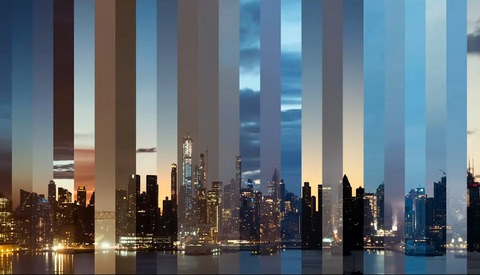 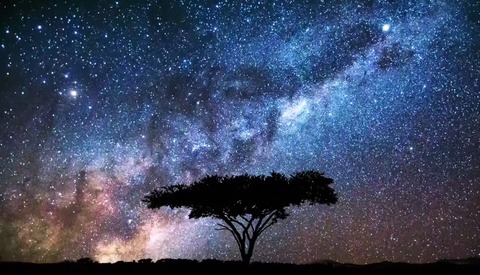 This was a really great video and insight on how to step up the professionalism in time lapse videos. I really enjoyed learning what the pros do. Thanks😊

Great video, only suggestion i would make is to ensure you turn off ibis or lens stabilization, if your camera/lens has it. Ive had a few frames jump because it was on

As im new to timelaps photography a learned this hard way last night after shooting 3h timelaps at night. Untill last night all my previous timelapses i shot with prime nikkor 50mm f1.8 wich is without VR. But last night i used my 70-200 f2.8 with VC, composed so i had nice buildings in the forground and airport with sky full of stars in the back ground. Set everything ( ISO 400, shutter 5s, 70mm, f2.8 ) and fired it up for 3h with 3s intervals and 60fps in mind for final timelaps so its around 1min long. Final result was actually funny but unsuseable.

Can Premiere stabilize it?

It was to much to ask Premiere. That was unexpected lesson i learned. Great video by the way.

Syrp stuff. Fabulous stuff, used it since they launched it.

If you want very good tutorials for timelapse, hyperlapse and drone, the right place is here
https://www.youtube.com/channel/UCgaBlrFDONJ4BSEUHa2cLKg

this is surely one of the (if not THE ONLY) best ways of doing time-lapse videos with the greatest image quality results! it is also one of the (if not THE ONLY) way of wearing down a camera's shutter life, that is limited to 150K clicks at its best, yet 50K clicks is usually the highest most DSLR cameras go these days actually ... of course, if the camera has a fully-electronic shutter as well, and we use that for this purpose, then we may as well go ahead and shoot millions of shots without ever worrying about the mechanical shutter's life! :-)

Excellent tutorial Lee! The slider you demonstrated looks amazing, but at the price listed, it's beyond my budget for a specialty item like this. That said, I already follow some of your tips with my own (cheaper) slider, of making sure to take the photos when the slider is not moving. So I manually control everything. Yes, it's a longer process than the automated Syrp Genie, however the results as you say are stunning!

I also enjoyed your processing tips with LR Timelapse. I had not heard of this software before, so something to look into.

Question: At 24:56 in, you say to import your JPEGs back into Lightroom. At what point in the process did you convert your RAW files to JPG - in LR's Develop module? It was not evident in the video.

Thanks again for your time and efforts.