What Are Current Camera Trends and Where is Development Headed?

The last few years have been tumultuous for the camera industry in terms of plummeting sales and COVID-19, but that hasn't stopped the pace and innovation of camera development. So what are the key developments and what direction are manufacturers headed?

The current burst of technical development hasn't really been seen since the "bonfire of the mirrorless" around 2010. Understandably, manufacturers like to develop a system and then stick to it: this means designing a lens mount and then filling out a range of lenses that support it. This can be expensive to undertake for the manufacturer, as well as for the consumer to buy in to. It's the reason that Nikon stuck fervently to the F-mount and is a definite selling point... until there is a competitive advantage that can be gained from a technical improvement, something Canon significantly benefited from with the release of the EF mount in 1987 which ultimately led to its current dominance.

Strangely then, whilst the arrival of digital led to a host of electronic and component innovation, it wasn't camera innovation per se. SLRs became DSLRs and the same hegemony ruled. The seeds of today's innovation were twofold: firstly, the innocuous partnership between Olympus, Kodak, and Panasonic that brought Four Thirds, and subsequently Micro Four Thirds, to market, and secondly with the ingestion of Minolta by Sony.

What digital did bring was a huge expansion in the compact camera market and a dramatic rise in revenue. The size of the market and cash flow allowed manufacturers to experiment in a way that we are unlikely to see again in the form of a swathe of new lens mounts. This was in the form of Panasonic (2008; Lumix DMC-G1; MFT), Sony (2010; NEX-3; APS-C), Nikon (2011; Nikon 1 V1; CX), Pentax (2011; Q; 1/2.3"), Canon (2012; EOS M; APS-C), Fuji (2012; X-Pro1; APS-C), and Leica (2014; Leica T Typ701; FF). It's also worth remembering that the Alpha 7 didn't arrive until late 2013. Of these, Nikon, Pentax, and quite possibly Canon have been retired which perhaps goes to show how successful the conversion to mirrorless mounts has been, as well as how badly Nikon and Canon misjudged the market. Perhaps the less said about Pentax's camera strategy the better. 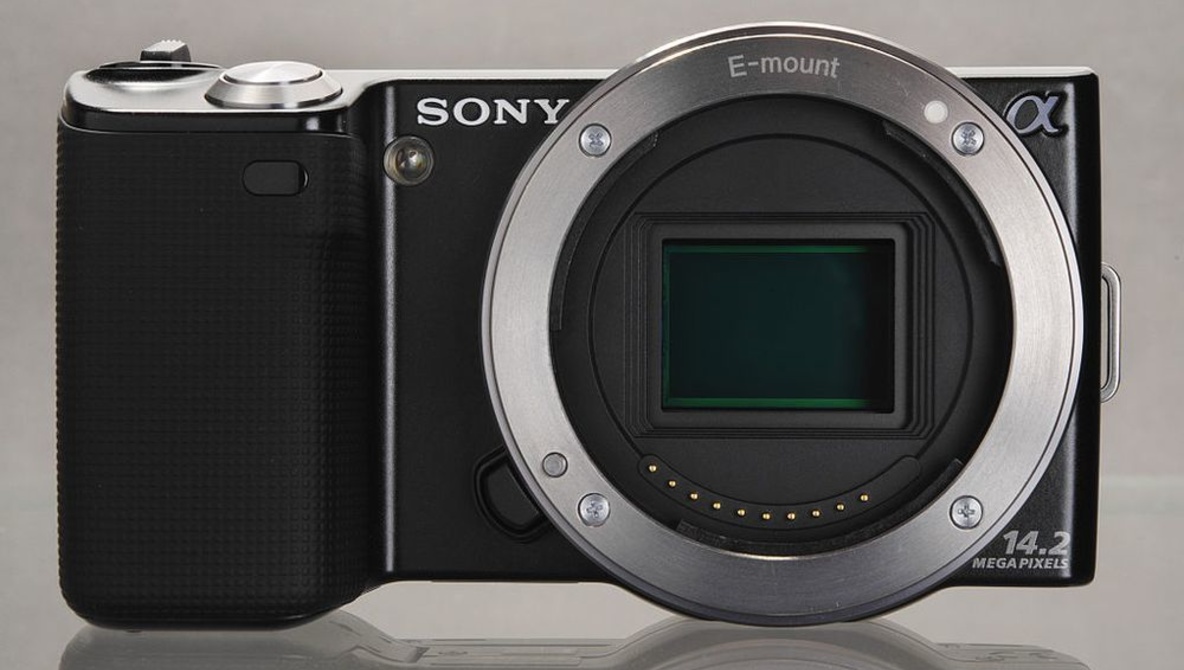 The current status quo comes directly from — but was by no means determined by — the last 20 years of change in the form of the following five key developments.

Firstly, the rise and fall of the compact camera as mass-market consumers switched in their droves to smartphones. On a technical level, these low ticket items haven't impacted prosumer development however they have taken revenue from manufacturers and caused significant restructuring pain (Nikon being a good case in point) as sales and so production contracted.

Secondly — and as I've noted above — the success of mirrorless cameras. This was never a done deal, however, the history of camera manufacturing is littered with examples of developments that make cameras technically better or cheaper to produce. Mirrorless arguably does both, although it has taken 10 years for these developments to finally overtake DSLRs.

Thirdly, content is king, and nowhere is content more important than with video. Nikon (D90) and Canon (5D Mk2) got in on the act early, however, it has arguably been Panasonic and Sony that have progressed the development of video in the intervening period.

Fourthly, and closely linked to the rise of the smartphone, is computational photography. We've long used computers to process multiple images, however, it was the smartphone that effectively merged camera and processing to that point that they are now integrated in real-time. There have been some efforts on this front from camera manufacturers, such as in-camera HDRs and panoramas, however, it is bespoke and limited.

Fifthly, the inexorable rise of Sony from its early adoption of the E-mount, through to the release of the full frame a7 three years later. Sony's strategy of having three variants of the same camera, selling earlier models alongside current ones, has given it greater apparent breadth whilst allowing the cameras to sell for longer. As a result, its market share has steadily increased year-on-year.

Finally, the late pivot of Canon and Nikon to mirrorless prolonged the gradual decline of the DSLR whilst also giving a much stronger foothold in the mirrorless world to Sony, Fuji, and Olympus. The realization that it was mirrorless sales that were increasing — not DSLR — has meant a large and rapid about-face as they tried to build out new systems, develop a selection of cameras, and flesh out a range of lenses. This was not an orderly transition, but a difficult turnaround as sales plummeted.

It's worth noting that camera manufacturers have become increasingly marginalized both in terms of the volume of the marketplace, as well as the importance of cameras to camera manufacturers. Olympus has jettisoned its imaging division for this very reason, Fuji transitioned to a document imaging and healthcare business, and Canon remains much more broadly diversified across its businesses, which is why Nikon has found this period so difficult.

So what does the current state-of-play suggest about future camera development? Firstly, the spread of different sensor sizes across manufacturer systems remains as diverse as ever. We have micro-four-thirds (MFT), APS-C, full frame (FF), and medium format all competing for different segments. Whilst prosumer cameras might remain as expensive as ever, medium format has definitely become cheaper with the entry of Fuji into the market. Of course, bigger sensors do not necessarily equate to better cameras: medium format is different and its strengths play to specific genres. That said, the new mounts that have been developed are specifically designed to go no larger than full frame meaning the FF/APS-C dichotomy has only intensified. It remains to be seen what future MFT has with Panasonic going full frame and Olympus under new ownership, although Olympus is still selling plenty of cameras.

Secondly, size has become a battleground in and of itself. The recent release of the Sigma fp, Panasonic DC-S5, Sony a7C, and Fuji X-E4 points to manufacturers returning to the development of "mini-marvels." It's not that history hasn't always had a fascination with small cameras, but there appears to be a desire to incorporate small ILCs as a standard product, rather than something that is niche. In the past, we have seen pint-sized fixed focal length models, such as Sony's RX1 (and the 2015 follow-on the RX1R II) or Fuji's X100, along with high-end compacts such as the Sony RX100. Mirrorless appears to have spawned a desire to have small camera bodies, even if some lenses are now getting quite big.

Thirdly, compact cameras are all but dead as a category. OK, so there were still 3.5M compacts shipped last year, but these have been in dramatic freefall and are now broadly in parity with DSLR and mirrorless production. There is still a market for premium compacts and action cameras, but these are niche categories. As a whole product camera, Nikon has all but withdrawn from it. What this means is that camera manufacturing as a whole is once again a specialist technology sector and the products now being sold reflect that.

Fourthly, cameras have unequivocally adopted video as a game-changer in the space of a decade. Panasonic has been video-focused for some time, but the realization that mirrorless cameras played to video strengths has pushed Sony and Canon in that direction, a move more belatedly adopted by Nikon. However it's not just video, but Sony's pushing of technical boundaries with faster burst rates epitomized by the a1.

Fifthly, better optics are one of the payoffs for the switch to mirrorless. By removing the mirrorbox and locating the mount closer to the sensor, it is possible to capture more light at exposure. This allows for the adoption of simpler designs (and so cheaper/smaller lenses) or the creation of more esoteric options. We are seeing both emerging which makes it exciting to watch Nikon and Canon build out their ranges, something that Canon, in particular, appears to be taking advantage of.

Sixthly, are we about to see the emergence of computational photography in traditional cameras? In some senses, this has already arrived with panoramas, HDR, and time-lapse all available to a greater or lesser extent. However, the true multi-image raw computational photography that we see in smartphones is still a long way off, but might we see some traction with cameras like the Zeiss ZX1?

Finally, it perhaps goes without saying that there will be incremental technical improvements on all fronts that collectively could make for dramatic changes. These include ISO improvements (and dual ISO), sensor size, global shutter, dynamic range improvements, frame rates, and burst rates. 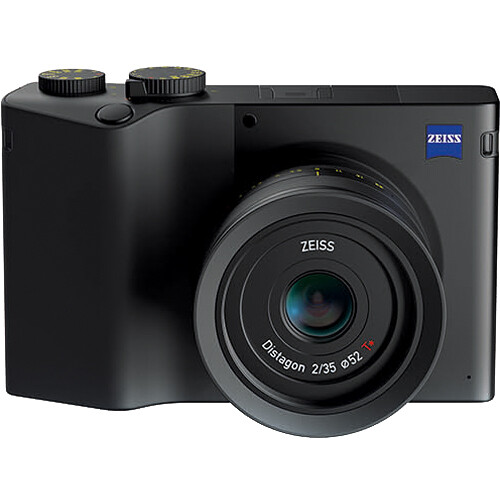 So where is the future brightest? 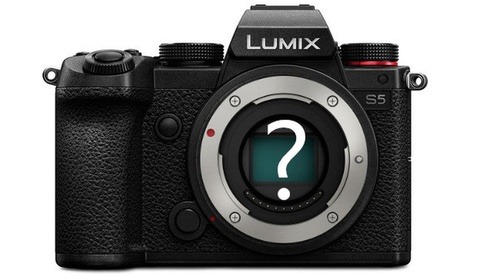 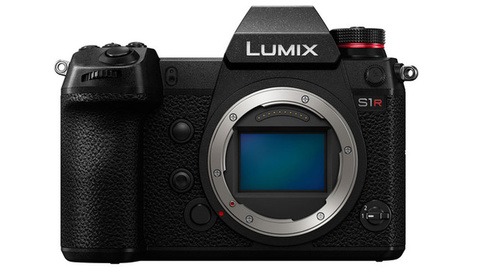 Gear / May 1, 2020
Why 2003 Was the Tipping Point: Nikon Relinquished Its Advantage and Canon Cemented Its Digital Future
Log in or register to post comments
9 Comments

Clearly computation. And probably integration with other computing devices like tablets and phones.

Cameras are only one of the later examples of such change - transport evolved from horses via canals and railways to cars, aircraft and rockets. Computing evolved from the Babbage's differential engine through massive computers batch processing using valves, then transistors and now quantum qubits. Bank transaction processing moved from bills of exchange and quill pens via lever/keyboard action calculating machines and cheques onto credit cards and now contactless transactions and internet banking. One of the biggest changes was that of letterpress movable type to lithoprint and computer typesetting. Technology changes - who uses phone boxes and what's the future of landlines? In your own review, I see no mention of the impact of drones. Like it or not, photography as it is now practiced using dedicated cameras is a niche area of the economy. Photographers will adapt - though the cost to those individuals who have a heavy investment in lenses will be painful to them.

I hope you at Fstoppers can read this important observation: THE AMAZON ADD IS MAKING IT IMPOSSIBLE TO READ YOUR ARTICLES ON A SMARTPHONE. I WONDER WHO WAS THE STUPID DESIGNER WHO CREATED SUCH IDIOTIC ADD COVERING THE PARAGRAPHS ALL AROUND WITH AN ORANGE FRAME.

Cameras are the only technology which users apparently don't want to be as small and light as possible.

The camera one uses may be tied to the type of photography one pursues. For the past decade, a majority of my shots have been taken on whale watch trips, which also include looking out for seabirds. While my camera (D810) does video, I have to look through the LCD screen on the back of the camera while holding it with a telephoto lens attached out in front of my face on a boat that is bouncing with the waves and choppy seas. This doesn't even take into account the people rushing back and forth trying to get better views. While my cellphone is much lighter, I still would need to hold that out in front of my bouncing face.

Had that experience a year ago and yes, it's pretty crazy. I wrote a blog post about it:
https://jimhphoto.com/index.php/2020/03/12/whale-photography-for-dummies/

While there is a limit to how close the boat can approach a whale, the companies I go with simply stop when they get near a group of whales. As a result, whales are apt to swim under the boat or right along side it. Your blog did capture the experience, though. I certainly have enough pictures where someone's head or hand appears in them (that weren't there when I pushed the shutter button).

That tiny delay in a mirrorless EVF also extracts a penalty.

And of course I missed the big one that came up next to the boat... on the opposite side from me. Hope to return and try my luck again.