When retouching we often place a strong focus on the primary subject of the photo, often demoting other aspects of the image as a fleeting second thought. Which makes sense, the primary subject of the photo is the most important aspect of a photo. This is why it is so important to pay attention to the background, if the background is distracting the viewer from focusing on the subject there is a tremendous loss of coherency throughout the image.

The background of an image is key to providing context for an image. If leveraged effectively it does a crucial job of creating a sense of mood and story to build upon the interest of your primary subject. When used poorly the background competes with the primary subject for the viewer's attention in a way that gives the image a messy or uninteresting feel. In this article, we will be focusing on three specific forms of background distractions that are trivially easy to eliminate using common retouching techniques.

Our eyes instinctively are drawn to the brightest point in the frame. Specular highlights are defined as overexposed reflections on shiny objects. Most of the time specular highlights are tiny and numerous throughout the frame. Because of this, the viewer's attention feels like it is constantly being pulled all over the place by these annoying little hotspots. The problem of specular highlights often becomes exasperated when shooting in the grass in the early morning light when dew is still ensuring that virtually every blade of grass is shiny. By spending the time to retouch all of the specular highlights in an image you can focus the viewer's attention where you want it. The fortunate thing is that retouching specular highlight is trivially easy, the unfortunate side, however, is that it can often take quite a bit of time as it involves the same techniques used to retouch skin without damaging skin texture. 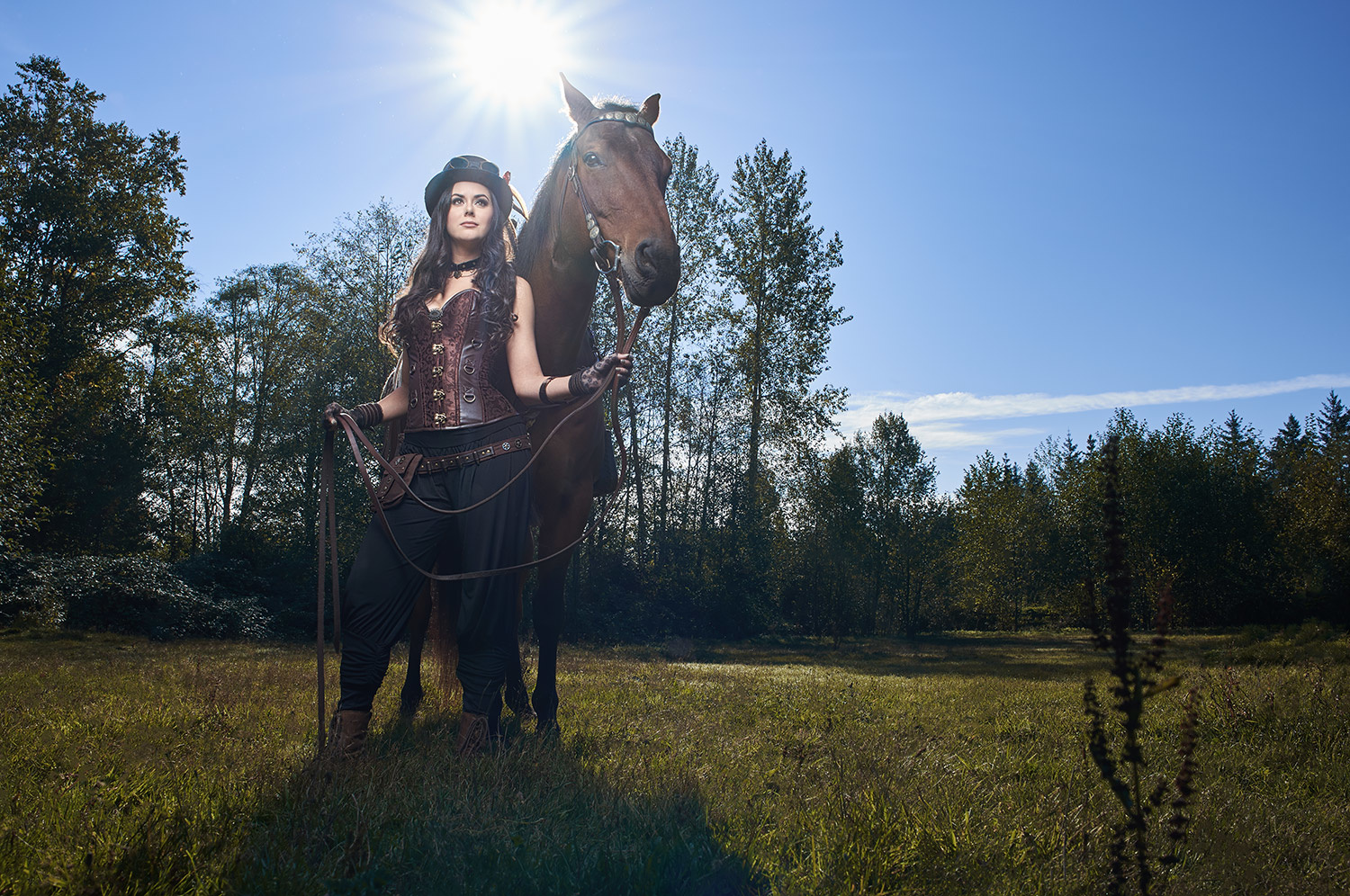 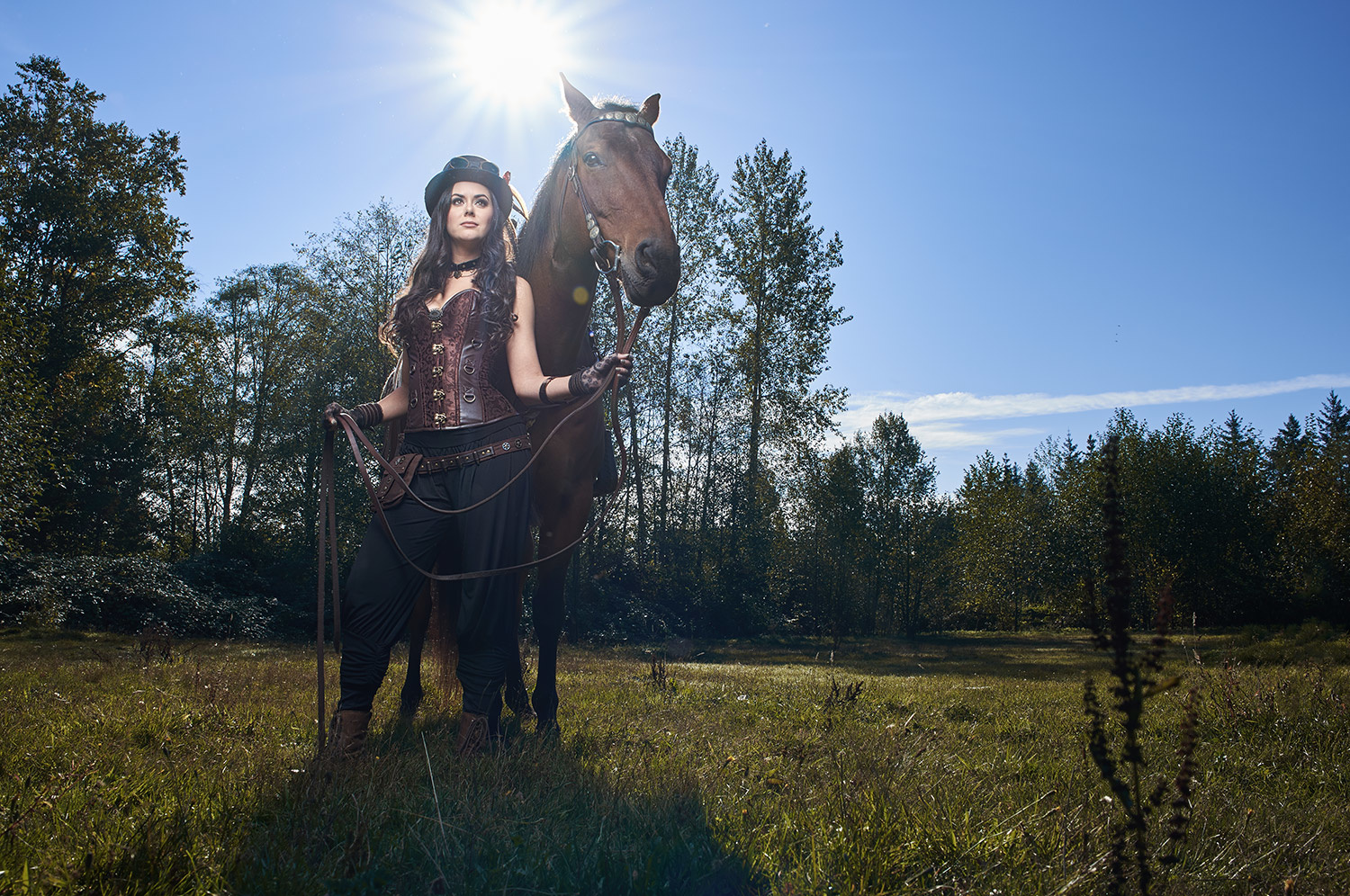 Often you may find yourself in a situation where the background becomes distracting because it has too much visual complexity. This is something that can often be fixed in camera and should be, if possible by simply taking the time to clean up the background. You can also approach this sort of problem with shallow depth of field, however, a heavily blurred background can often also sacrifice context. In situations where this sort of clean up is simply not practical, you can also approach the issue by leveraging retouching technique to ensure the background's visual clutter is not competing for the viewer's attention, even if nothing in the background involves any overexposed specular highlights such as in the previous example. In the photo below I ran into that issue in regards the bails of hay which provided an interesting scene to shoot in but the chaotic nature of each individual strand gave the image a chaotic feel for a shot that I wanted to feel contemplative. By investing the time in eliminating that chaos the image becomes more serene and focused.

The best way to approach the elimination of visual clutter is by simply cloning it away with the patch or clone tools. In situations where the visual clutter is interesting enough that you would like to keep it while also reducing its impact, a world of difference can be made by simply dodging and burning so that the visual clutter has less contrast relative to surrounding objects in the frame. Fortunately, you don't have to be as concerned about cloning perfectly as background elements do not face the same level of visual scrutiny that the primary subject will, just be careful not to create any obvious and unnatural repeating patterns due to overzealous cloning as the human brain tends to pick up on that sort of thing very quickly. 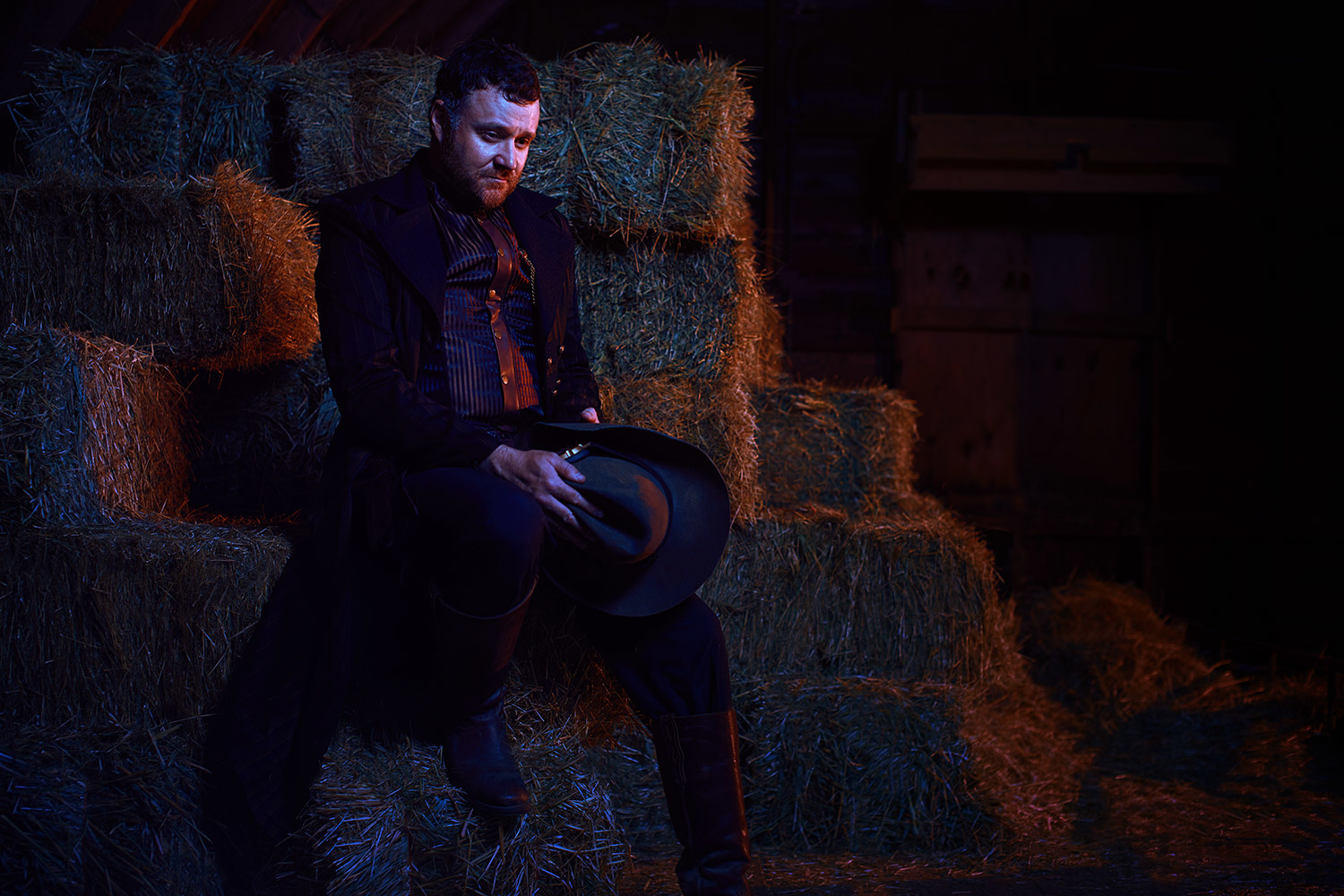 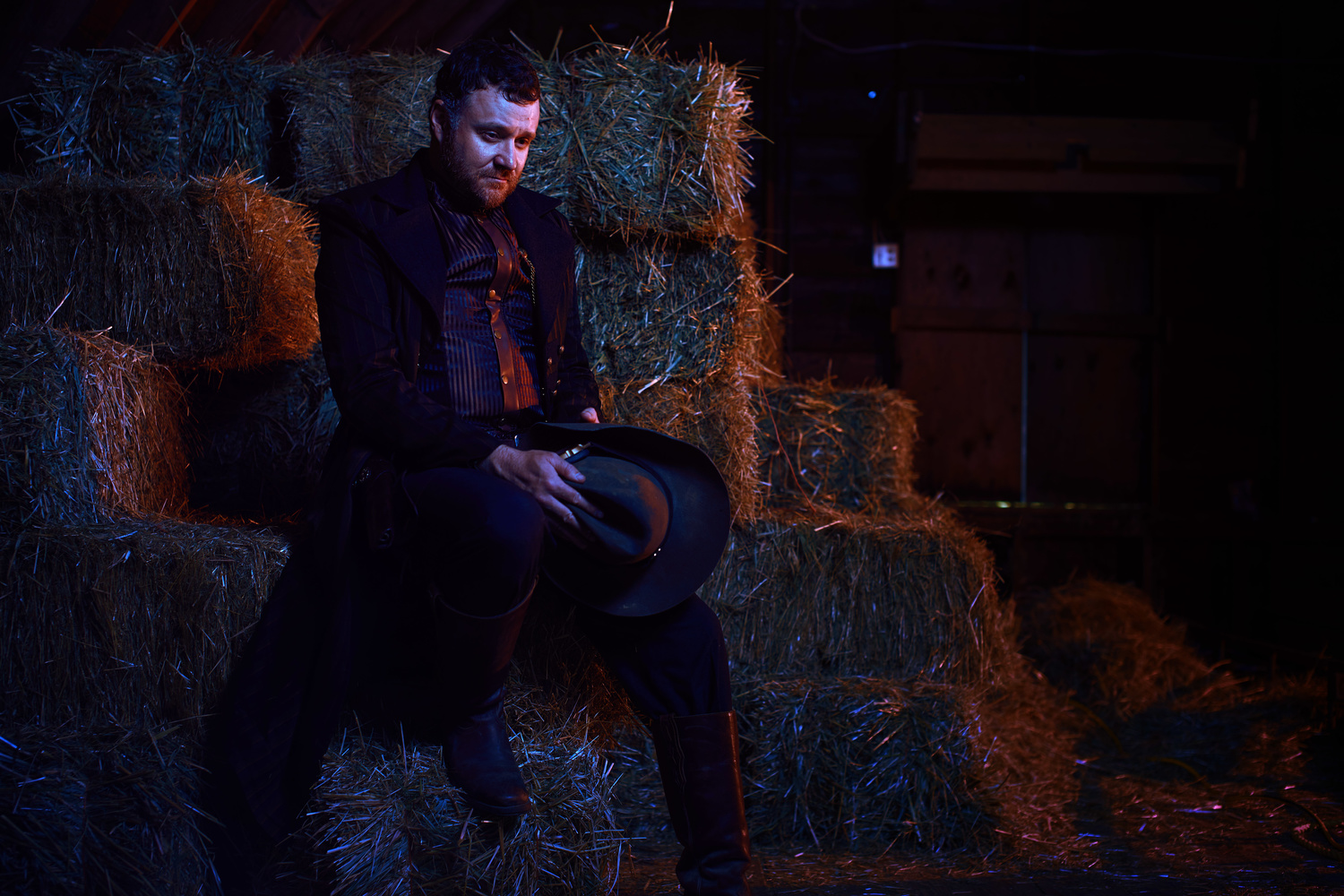 Sometimes in the moment of shooting an overzealous equine friend opts to shimmy his most glorious of hindquarters into your precious frame. This sort of thing happens frequently while shooting. Whether it be a magnificently muscular horse butt or even something as simple as another human walking into the background of your frame, Murphy's Law dictates that the expression and/or pose of that very moment will be the one that the model or client adores the most which means you, as a photographer, are presented with the challenge of a distracting element in your frame that needs to be gotten rid of. In situations where this sort of thing is likely to happen, make sure to shoot plenty of images so that you have other images to composite with in order to eliminate any annoyances that completely obliterate the elegance of your photo. 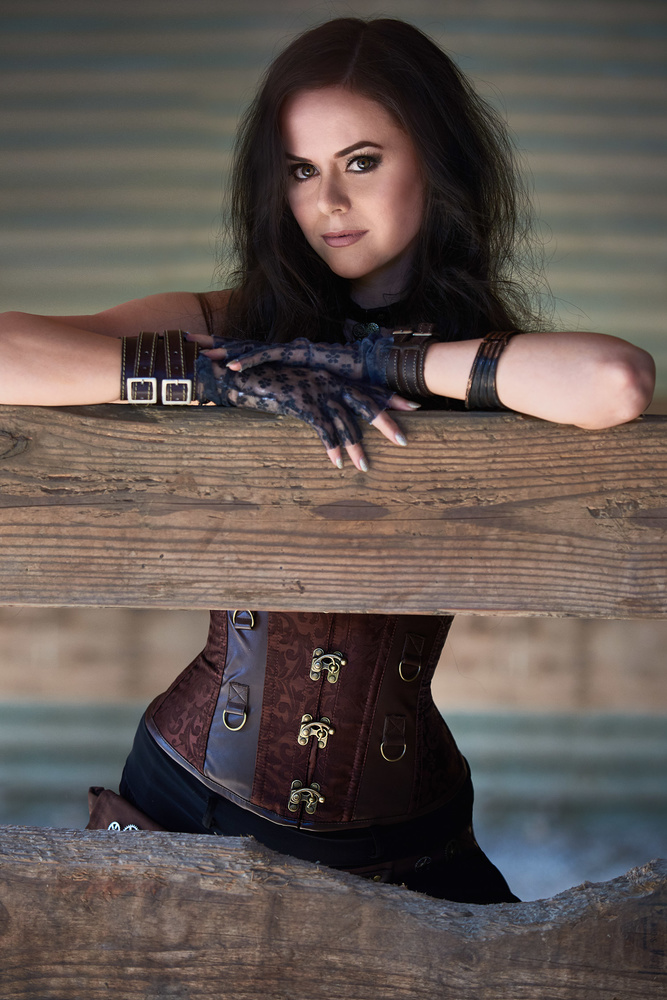 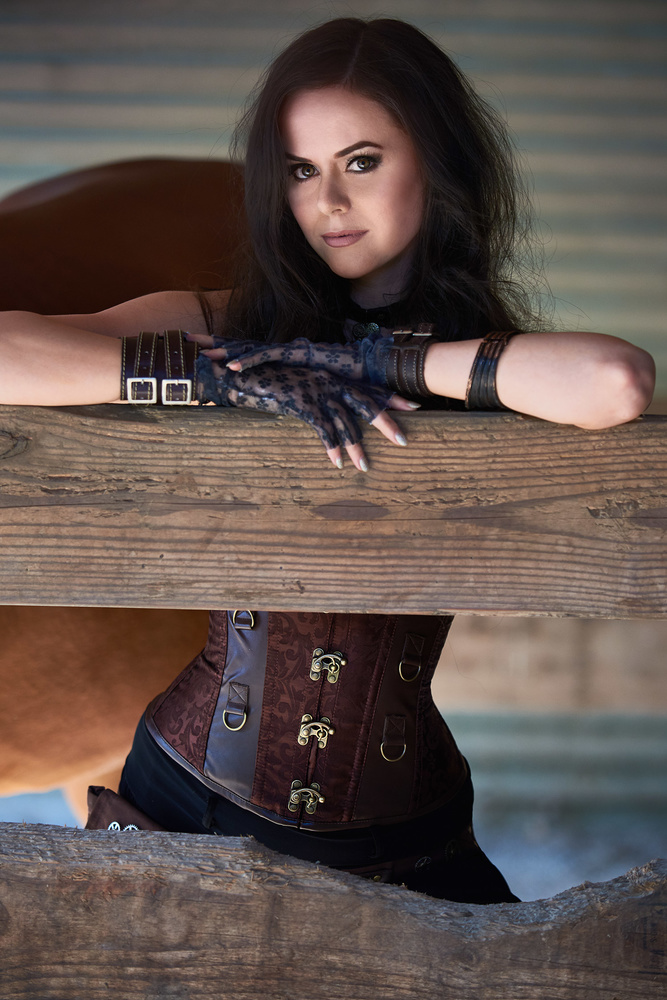 Don't Oversaturate Your Edges While Vignetting

One of the most common and easily executed methods of focusing the viewer's attention is by adding a subtle vignette to your images in order to guide the viewer's eye towards the subject. A common mistake when adding a subtle vignette is to forget that when the exposure of vibrant elements is reduced their saturation increases. An increase in saturation along the edges of the frame can create a weird feeling that the image has a hollow of vibrant color while the subject feels a bit muted. In order to combat this, a simple solution is to subtly reduce the saturation of areas affected by your vignette in order to even out the saturation of the entire composition so a consistent level (Alternatively, you can also apply an increase in saturation to areas not impacted by the vignette if you prefer the look of heavy saturation). 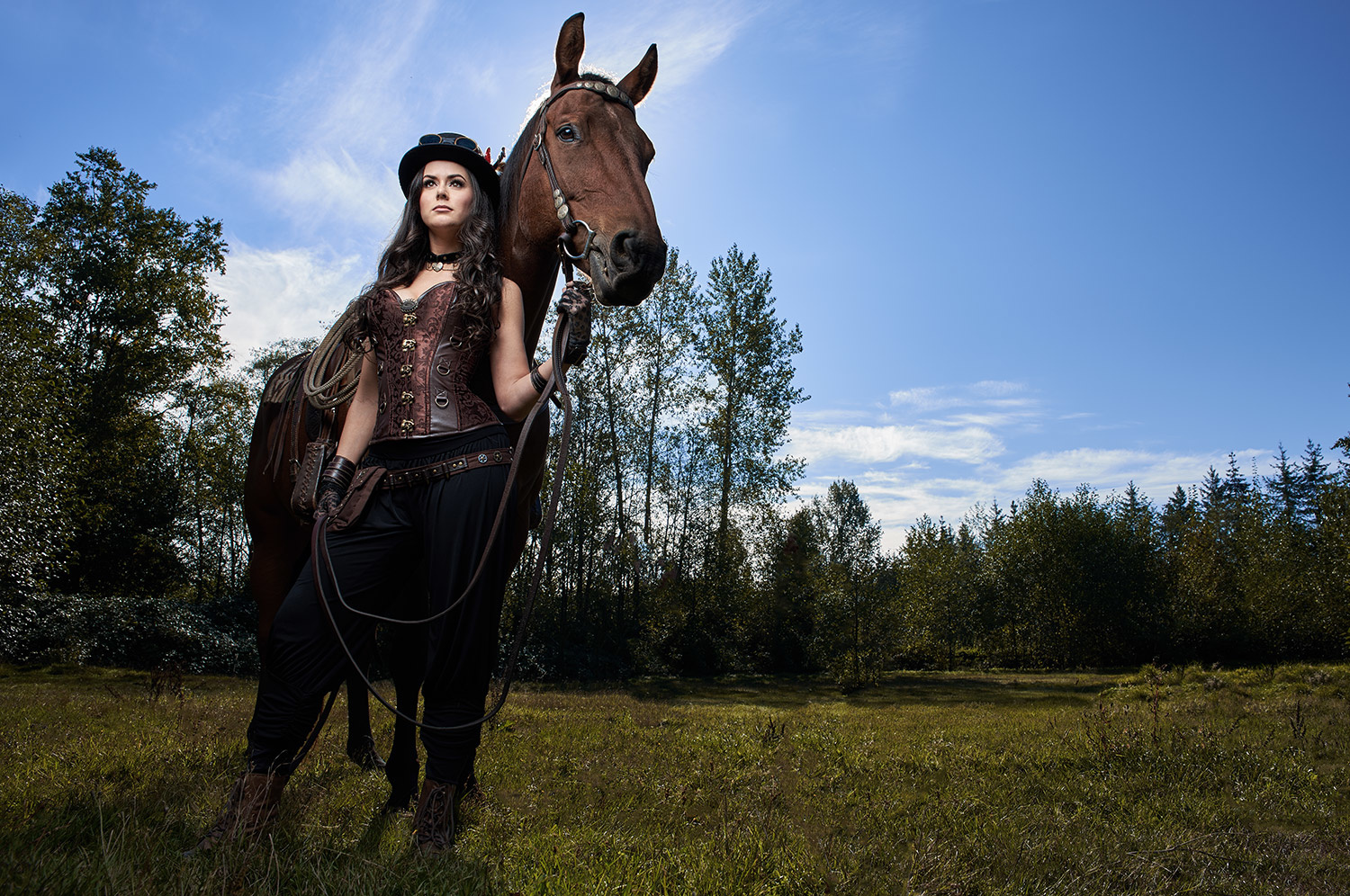 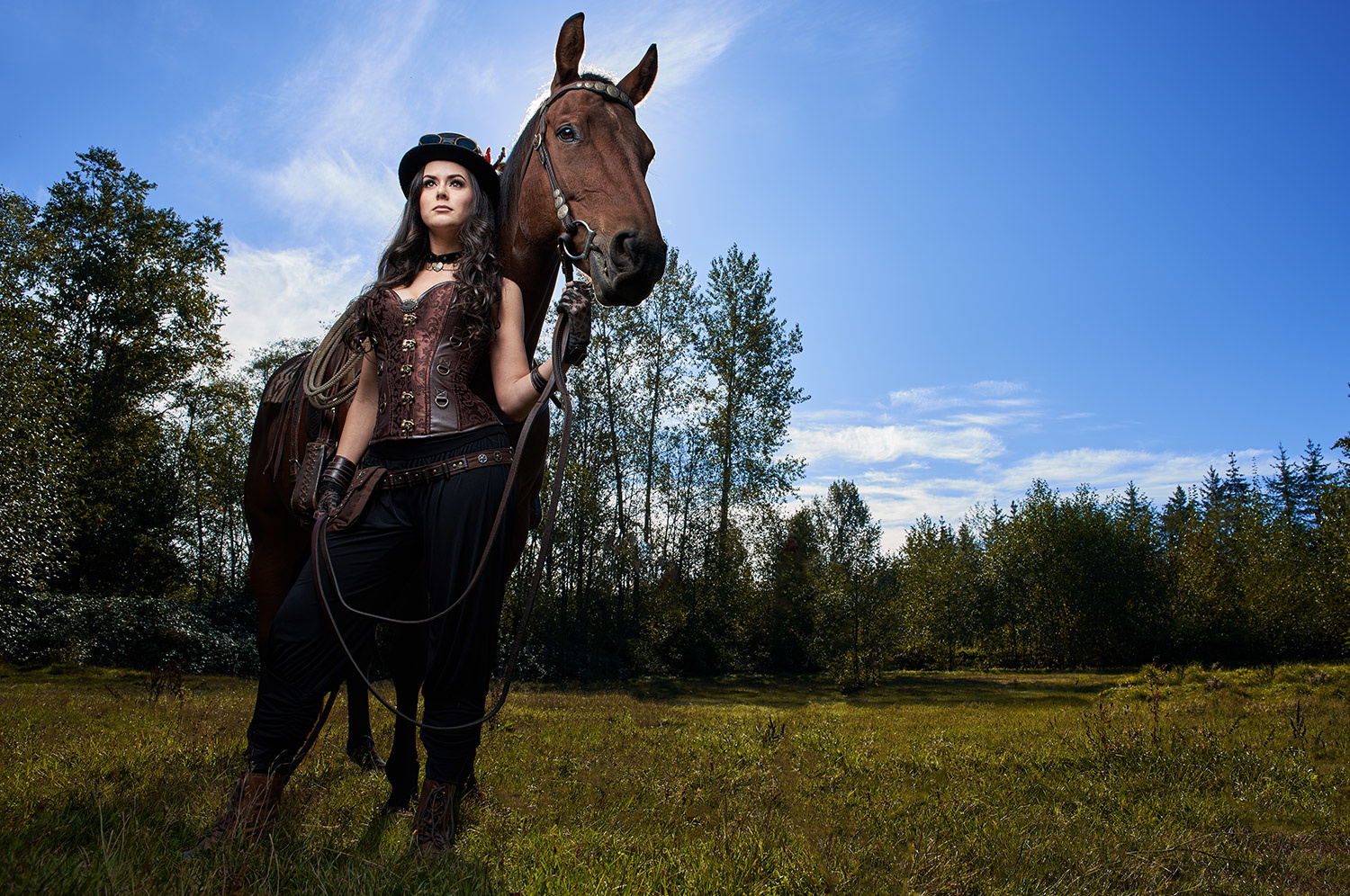 As photographers, our primary goal is to be visual storytellers. By focusing beyond the primary subject and ensuring the entire frame is aiding in the telling of a concise, focused story we are able to create images that have a more profound level of impact. Always step back to evaluate the entire photo before your final export to make sure that it doesn't have any distractions that are competing with your creative vision. One of my favorite techniques is to always take a critical look at a photo's thumbnail before ever considering it complete. At the thumbnail size, you shouldn't notice anything other than the most important aspects of the image, if anything is competing for attention in a tiny thumbnail it is certainly going to be a problem at full size. 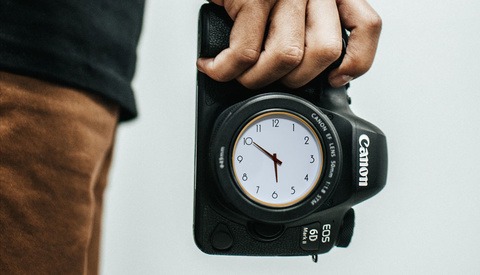 Education / August 11, 2020
Use These 9 Tips to Speed up Your Editing Workflow in Camera 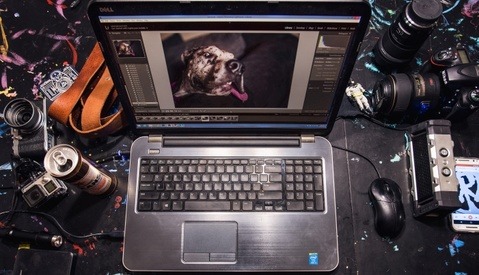 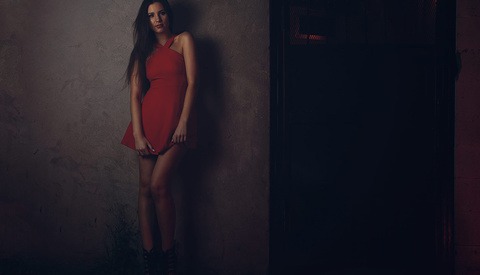 / July 6, 2017
Why Color Grading Should Be The Most Important Part of Your Post Processing Workflow 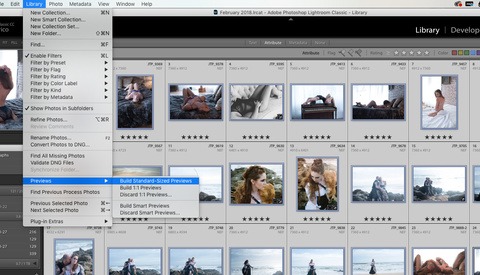 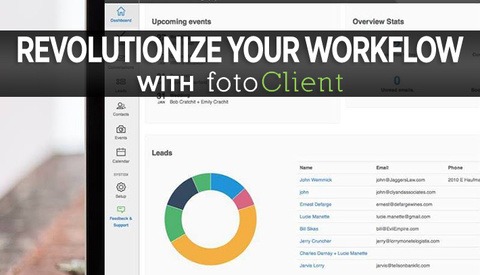 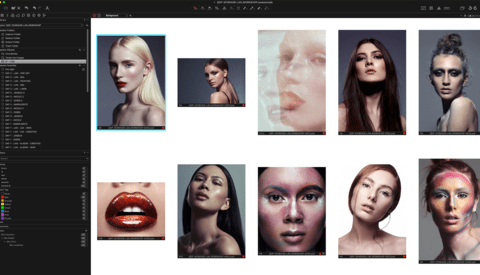 Capture One / May 16, 2018
How to Set up Your Capture One Session to Improve Your Tethered Shooting Workflow
Log in or register to post comments
3 Comments

This is a great thing to point out. Stylistically, I really try to reduce everything down to it's simplest form and reduce clutter that isn't part of the story, and a lot of that is doing exactly what you're talking about here. I recently found a quote that sums it up perfectly:

Yeah, that quote is one that Steve Jobs used as a monicker to everything he did while at Apple. It is a more elegant way of stating Occam's razor: "The simplest way of solving a problem is almost always the correct one"

I think sometimes simplicity works against a given artistic style as often there can be "interest" in seemingly unnecessary elements. I think the key is in making sure those elements compliment the subject rather than detracting from it. Its more about being concise than being as simple as possible.

I came into photography from painting. A painter starts with a blank canvas and adds what is important, what is significant, to his experience of the subject and the scene. If it was not significant in the painter's experience (literally, if the painter didn't "see" it), it doesn't get included into the painting. The painter's brain is constantly editing the scene. The first big "art" thing a prospective painter has to learn, in fact, is to overcome brain-editing and paint what the eye actually sees.

The camera mechanically reproduces all it can physically distinguish. It doesn't have the constant editing factor of the brain at work--even though the photographer's brain was practicing at the time the same function. The photographer, too, has to overcome brain-editing in order to predict what the camera will actually capture. But also like the painter, the photographer needs to identify what details in the image actually make up the experience of the subject and the scene, and then to exclude from the picture everything that does not make up that experience.

Exclude by framing or by angle or by lighting or, in the end, by image manipulation.