Until recently, you might expect the iPhone to be the phone of choice for product shots. However I’ve done some digging, and found that Apple’s latest and greatest is being put aside.

I first noticed that WhatsApp’s homepage features two Android smartphones. “Surely a serious chunk of their audience are iPhone users?” I questioned. I skimmed over their competitors and realized that while the iPhone 8 was being used, the iPhone X was nowhere to be seen.

I often work with these kinds of product shots, mainly using 3D renders, and try to stay on top of what’s recent. Right now I’ve got 3D files for a Macbook, iMac, Surface Pro, and iPhone X. In fact, I used that iPhone X OBJ in an Fstoppers video recently, as well as the lead image for this article. I might not have gone to the effort of getting a new iPhone mockup if I’d known nobody would want to use it.

To see if I’m not going crazy, I took a look at what’s popular right now on both Apple and Google’s app stores. I then went to the developers' website, in the hopes of seeing what smartphones they used to show off the product. I’ve stuck with the free apps because it’s not all just games, and therefore less device specific. Obviously this only relevant is your product exists on a screen.

Of these apps, Google Maps is the only one using the iPhone X in their App Store page. You might assume that Google would be the last one to promote Apple, but I suppose they’re trying to compete with Apple Maps here. The others either use the iPhone 8, a generic smartphone cut out, or just regular screenshots.

Why isn’t anybody showing off the iPhone X with their product? Am I the only one? Some of these companies are multi-billion dollar forces, but they won’t update a vital piece of marketing. The iPhone X is the shiny new kid on the block, and all of these apps are compatible with it.

My best guess is that these companies want to show off what most users will see. Most users don’t have a notch on their screen, and will never see this version of the design. This may also come down to the app’s not wanting to use the notch in the first place – Netflix and the majority of those games I’ve mentioned just crop the screen right before the notch. It’s not a great look.

Secondly, using the iPhone 8 is a safer bet. For all they know, Apple will scrap the notch for the iPhone 11 and they’ll need to re-do all of their marketing material. Android phones are adopting different kinds of notches, but again there’s no poster child to rely on.

As a result, I think app developers and product photographers alike will be clinging onto the iPhone 8 for the foreseeable future. The days of every mobile device looking the same may soon be over, but not just yet!

Gear / September 5, 2019
Google's Pixel 3a: The Best Phone Camera for Photographers
Log in or register to post comments
14 Comments

The notch doesn't cut it.

Come on FStoppers!!! Is this really the kind of tripe you want to be posting and asking real photographers to read???? Get out of the gutter and stop being a shill for Apple or Android. Get back to business!

The way people get salty over article content on F/Stoppers is pretty entertaining. Things to look out for; lots of !!! and ??? Or my favorite, ALLCAPS!!! lol

We chose the other way for www.yourstory.it 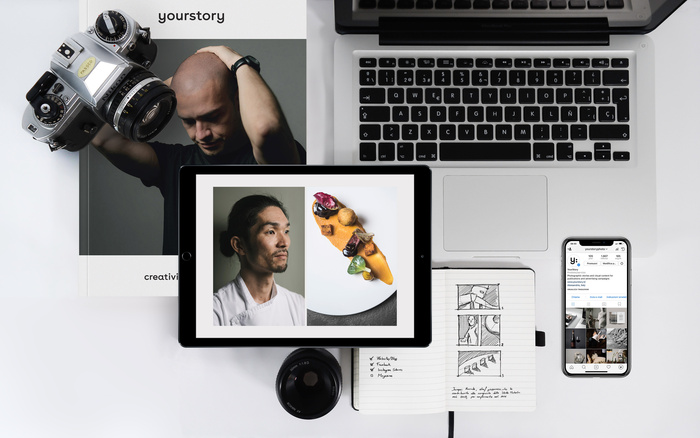 omfg...... fstoppers what a dissapointment

Watch out for the f/Stoppers #saltysociety on this article. lol

I mean, whoever DID consider the iPhone X as the best option for product photography in the first place? A schoolchild? A complete tosser? Certainly not all those studio-based Phase One owners; nor those D850 owners, nor, for that matter, those large format sheet film users etc, etc. Who writes articles like this? Why? At whom are they aimed? Or is this, as you Americans say an ironic piece of journalism?

Ansel, you go after Americans saying this is as you put it, "as you Americans say an ironic piece of journalism?" lol Try reading the article before boasting a dig to Americans at the end there judgy McJudgerson or as you GBers say "tosser" lol

"I mean, whoever DID consider the iPhone X as the best option for product photography in the first place? A schoolchild? A complete tosser? Certainly not all those studio-based Phase One owners; nor those D850 owners, nor, for that matter, those large format sheet film users etc, etc. Who writes articles like this? Why? At whom are they aimed? Or is this, as you Americans say an ironic piece of journalism?"

No he isn't. He has the courage of his convictions and stands by them.

I did. Twice - because I couldn't believe it the first time.

Twice? Really? Ummm, okay. I'm still under the impression that you don't understand it's about the iPhone X being used as an example of app visual representation with the notch and not using the iPhone X as a camera for product photography? How did you not get that from the even the first paragraph?! Or the visual aids. lol

Hey Stephen Kampff, I think it's pretty rad what you did here. You confused the hell out of a lot of people on what I think is a pretty unique observation. Keep these articles coming, ignore the simpletons. ;)