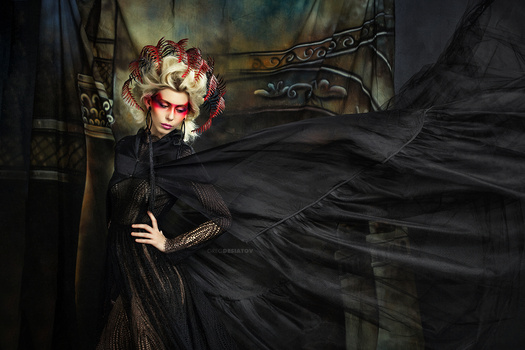 An image from a series that was recently published in Volition Magazine.

I had the great privilege with working with a bunch of very creative peeps for this editorial.

The designer was a recent grad student from one of the local fashion schools and his garment were such amazing items to shoot.

I tend to be one of these creatives that has no problem with cut and pasting various parts from different images to create another image but in this case, it was the complete opposite. The whole image was captured in camera with my usual skin retouching and post production done on the image.

I can't stress enough how much a great team contributes to an image.

Amazing. I wish I could find a designer like that in my area.