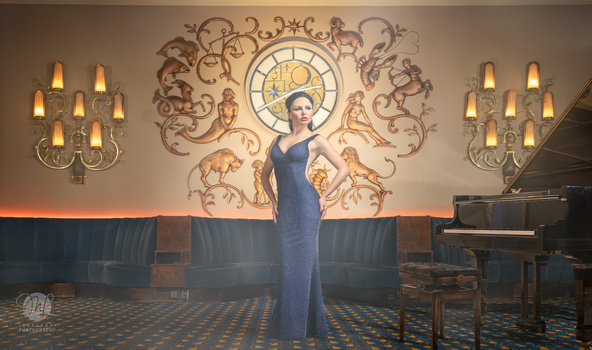 Shot this image a couple of weeks ago. Got inspired by this downtown restaurant in Helsinki, it has a really glamouros interior, and especially the back wall of the restaurant is really nice looking.

So I contacted the place and asked them whether I could come over and shoot with a model in the restaurant while they were preparing it for the next days holiday event. They agreed so next I contacted Katerina who is a model I had shot several times before with, I thought she had a style that would suit this shot perfectly.

At the location we actually had to hurry up a bit since there were all kinds of preparations happening in the restaurant at the same time we were shooting, so I didn’t get to plan the shoot on location quite as thorough as I had hoped, but we got somewhat of a decent shot anyway I think.