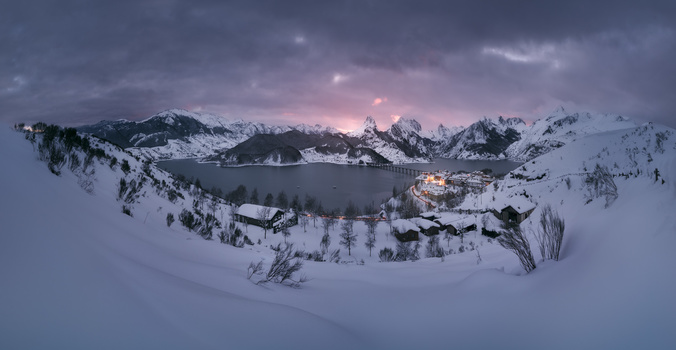 This year we hardly have snow at this point, so I decided to take a picture of last year.
Days before Borrasca Filomena, a lot of snow fell in the north of León and during the days of Epiphany we were in the area of Argovejo.

With so much snow many places were not accessible so one of the days I went to Riaño, instead of looking for the classic framing I wanted to look for another perspective where you could see the whole reservoir and appreciate all the snow that there was, I was lucky that at the end of the sunset appeared some small magenta lights that put the icing on the photo.