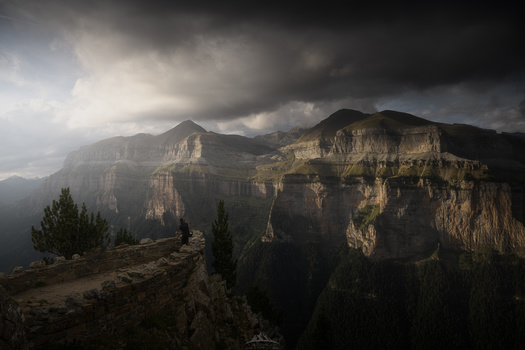 Ordesa, October 2018, almost four years ago; If this photo was not the first, it is among the first 10 of my recently released Nikon D850 at that time. At that time, just like a child on his birthday, with my new toy and in those conditions after driving an hour and a half by road and mountain track to reach the location. In total it was 6 years associated with Nikon, but as many of you know, I have returned to where it all began, to the brand with which I took my first steps in photography, Canon; second stage in which a fairly intense start is expected for this team, you will see.