The 30mm f/1.4 DC DN Contemporary Lens from Sigma is an affordable, fast prime lens. On paper, it looks like it should be a fabulous piece of glass. I put it through its paces to see if it lived up to its marketing blurb.

I never read other reviews before testing lenses, which was true of this lens. I didn't want any preconceived ideas. Furthermore, I don't own any Sigma lenses, so I made no presumptions. I didn't even look at the B&H website to see what the lens retails at; retail price is a good indicator of image quality. 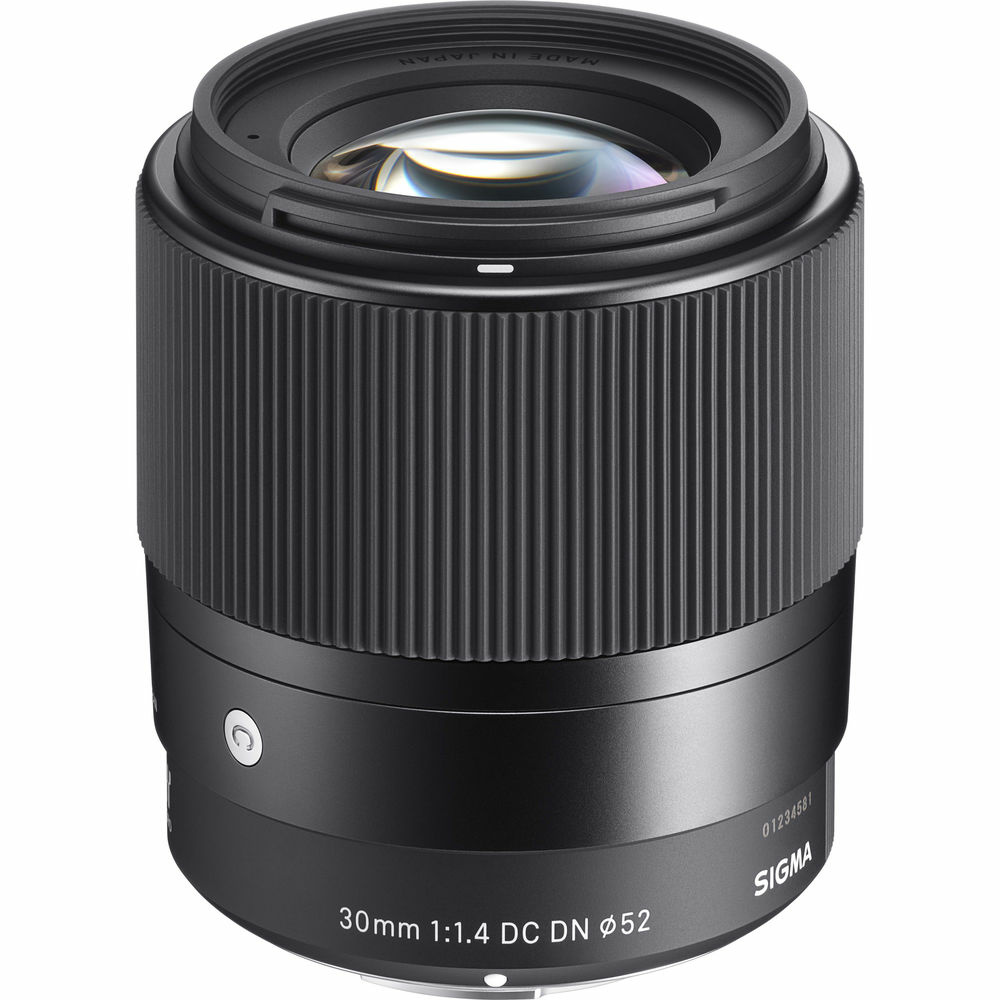 Two lenses arrived in the post from Sigma for me to test. There was this one and the wider 16mm f/1.4 DC DN that I had also agreed to put through the mill. I'll be reviewing that shortly. 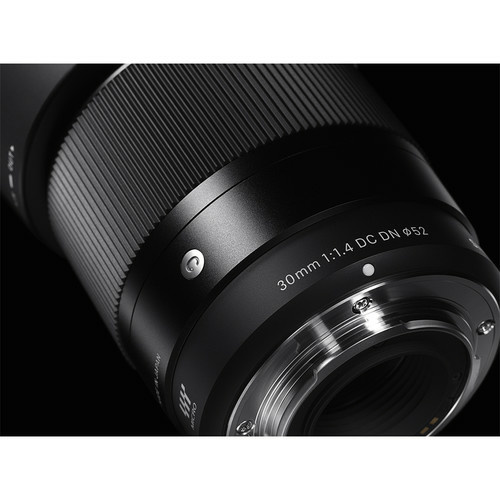 So, this should be a good portrait and street photography lens. There are neither OM System (Olympus) nor Panasonic lenses that match the specifications of this. However, with Micro Four Thirds, it will compete with the Olympus 30mm Macro lens, which is slower at f/3.5, the 25mm f/1.8, and the faster 25mm f/1.2 Pro lens. From the Lumix camp, there's the Summilux 25mm f/1.4 ASPH.

I use only OM System PRO lenses, so I am used to sharper than a scorpion sting results, so I was intrigued to know how this lens would perform.

The lenses arrived in recyclable packaging, and the box Sigma had packed them in for postage was reused. That's a big tick for me.

On unboxing it, I found a sleek-looking, solid, but lightweight lens. Pleasingly, it has a metal mount. The Leica L Mount and Fujifilm X Mount versions are sealed to improve weather tightness, but not with the Micro Four Thirds version I use or the Sony E mount and EOS-M mount versions. The body is made of what Sigma describes as a Thermally Stable Composite, which it claims exhibits minimal deformation over time. The focusing ring is made from textured rubber. 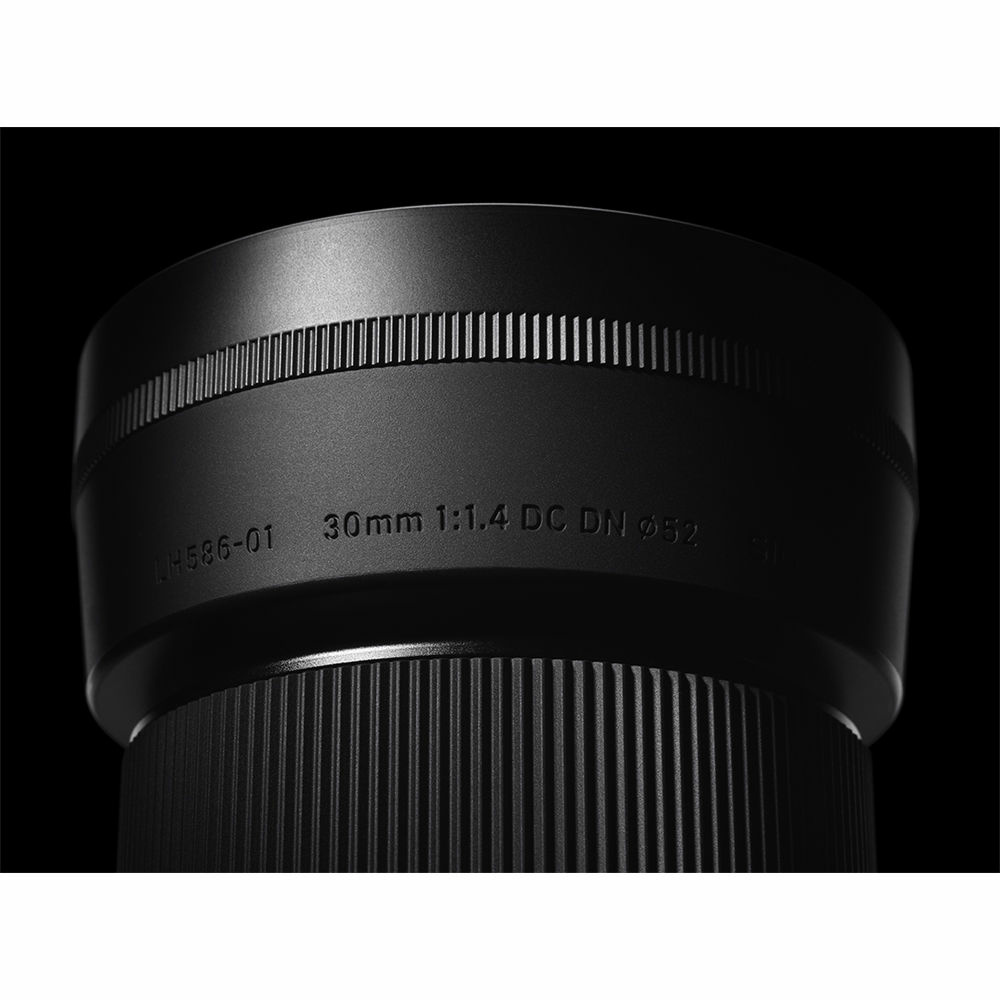 The lens is supplied with a robust lens hood and lens caps. It takes a 52mm filter that can be used with the hood.

The lens has nine elements in seven groups, two of which are aspherical. Nine rounded aperture diaphragm blades should help give pleasant-looking out-of-focus areas.

I fitted it to my OM System OM-1 and took it for a walk to put it through its paces, both during the day and in low light before dawn.

I am a fan of prime lenses; they make you work for the photo. You are forced to position yourself for the best possible image and not rely on tweaking a zoom. 30mm isn't a focal length I work with, so it took me a while to get used to it.

The lens mounted securely to my camera with no slackness. The focus ring is large, and the textured rubber feels comfortable. It has just the right amount of resistance to stop it from being accidentally nudged. But when I started turning it, it operated smoothly and evenly. I do much manual focusing and was pleased to see that it activated the focus peaking feature on my camera that outlines the edges of the in-focus area.

My first shots were checking for distortion. I found that verticals were nicely upright and horizontals parallel with the top and bottom of the frame, even at the edges — a good start. 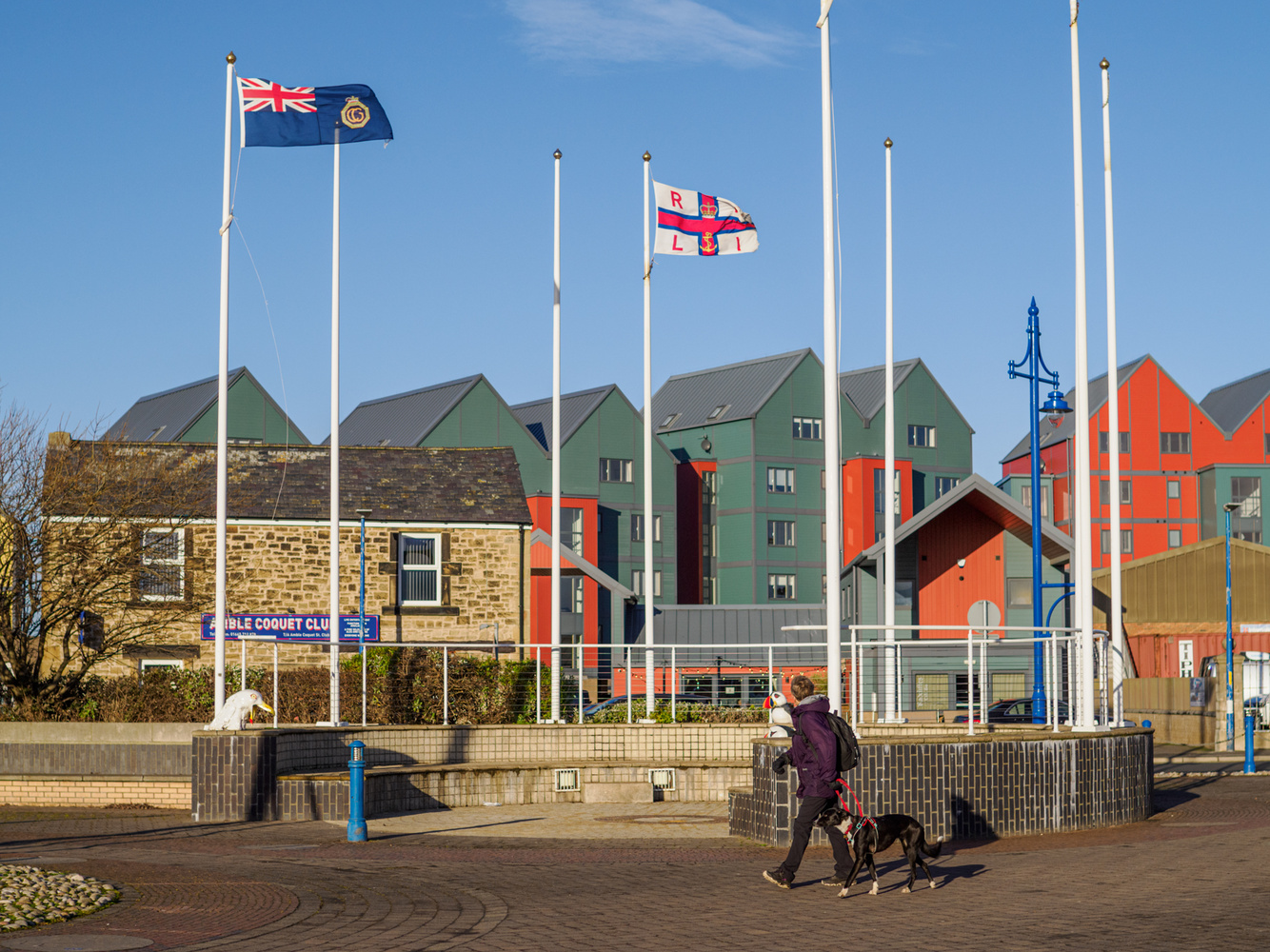 With the lens profiles in the development software turned off, there was no obvious vignetting.

I then shot some high-contrast edges, using the town's memorial clock tower. Often, with third-party lenses, especially those at the affordable end of the market, there is some sign of purple or green fringing around edges. Even zooming in to 100% and switching off the lens profile in the software, the in-focus edges were clean. However, I did find minimal fringing around the edges of out-of-focus areas. 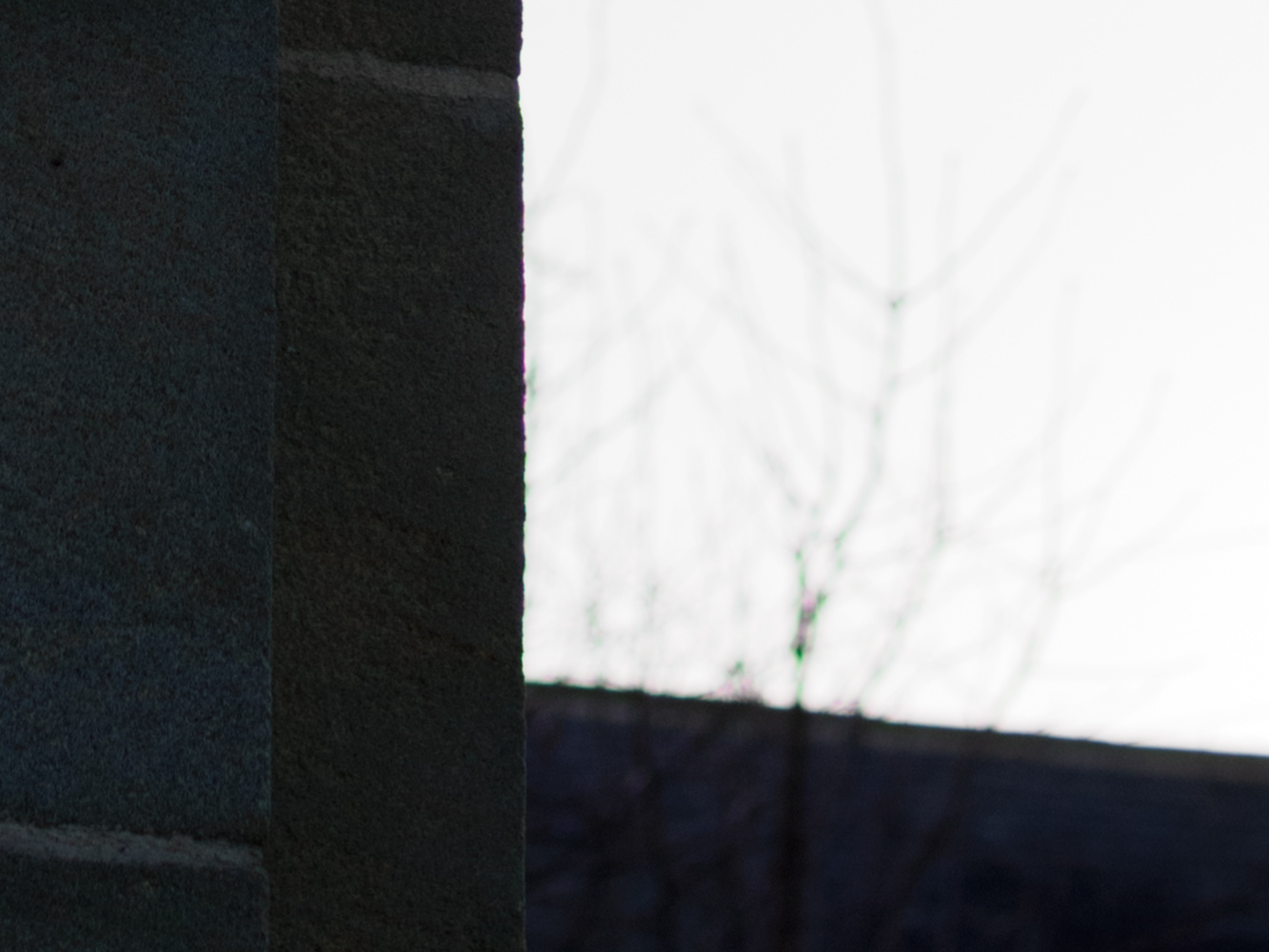 Even shooting into the sun, the lens flaring was well controlled, and the aperture blades gave a pleasant starburst effect. 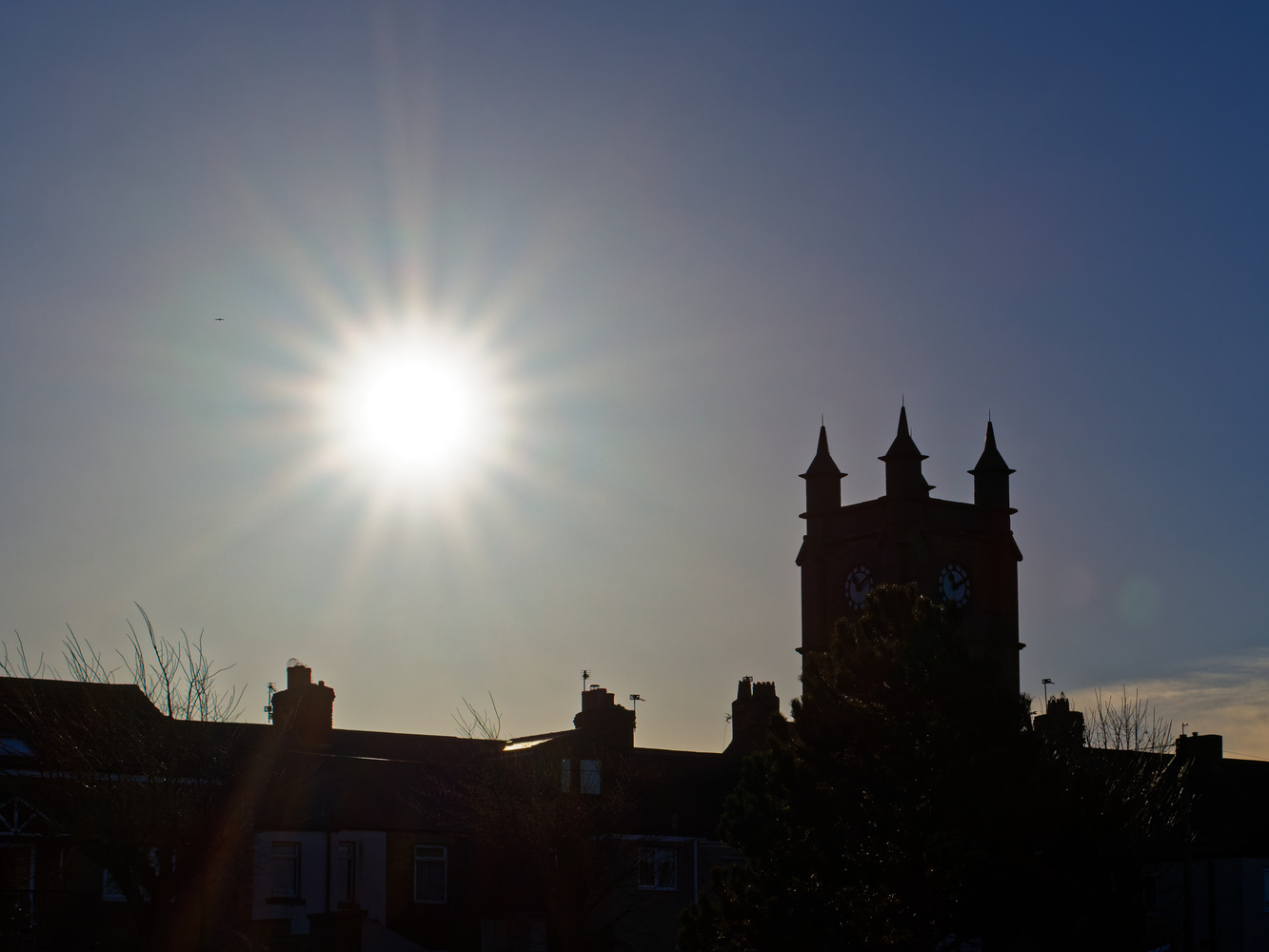 A maximum aperture of f/1.4 means that one can achieve, purposefully or accidentally, a narrow field of focus. It also means that very low-light images can be achieved handheld, especially when partnered with the camera's superior in-body image stabilization. I successfully handheld this lens for two seconds, as seen in the next shot. 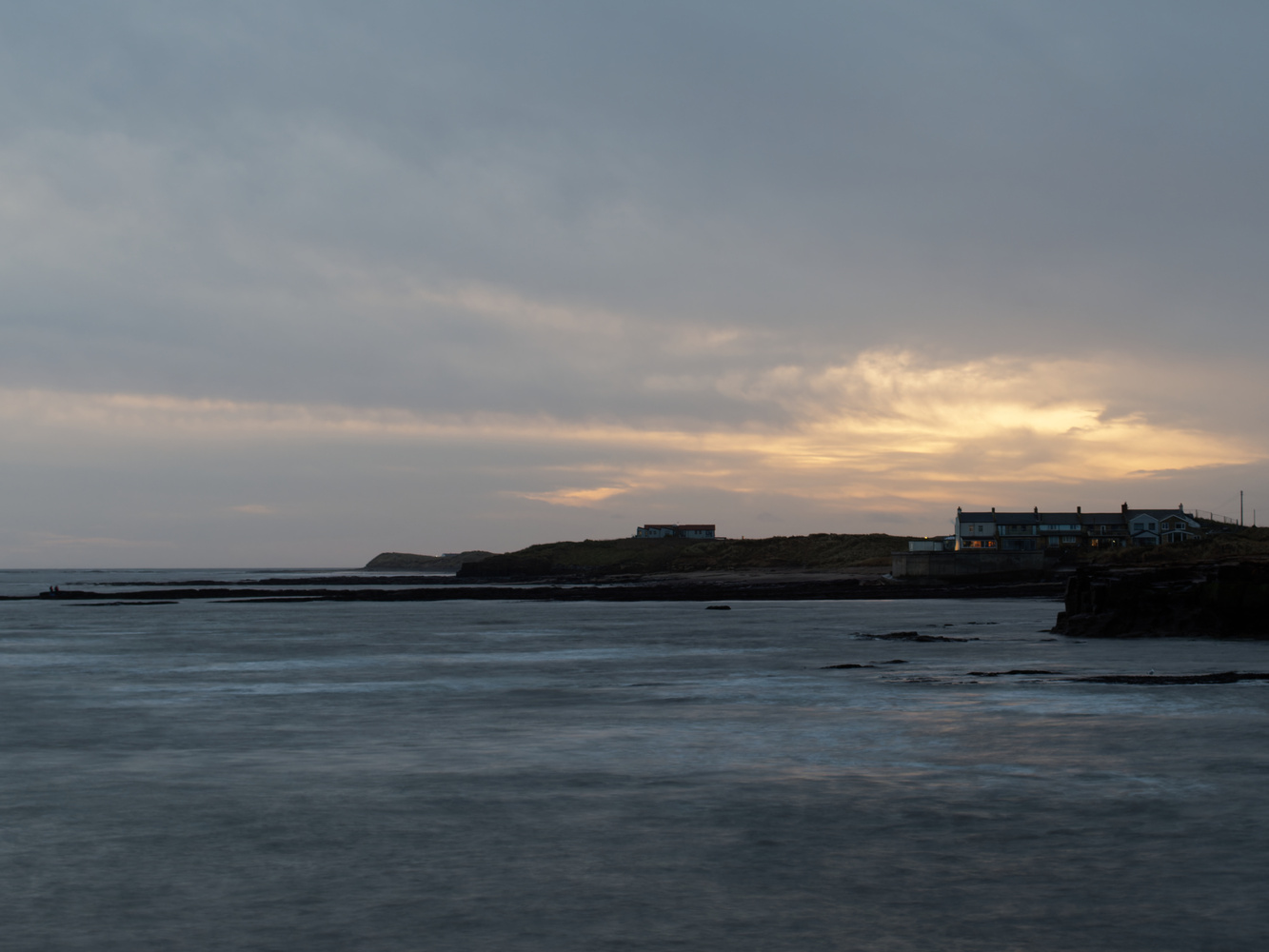 Autofocus is fast. Occasionally, I found the lens hunting for focus in situations where my Olympus PRO lenses wouldn't. It has a very close minimum focusing distance of 30 cm.

The out-of-focus area is creamy and smooth. As I mentioned, it exhibited some chromatic aberrations in the bokeh, but this was not distracting and was fixable in processing.

Aperture Tests for the Lens

For a lens in this price bracket, it is incredibly sharp. Although there is minimal softening at the extremes, the fine details are there across the range of apertures from f/1.4 to f/16. Even zooming in to 100%, at the smallest aperture, f/16, there was barely any expected softening caused by diffraction; the images would be usable.

The following series of shots are of the same scene. The first is an uncropped version. The following are cropped to 1,000 pixels on the long edge.

What I Liked and What Could Be Improved.

I can happily recommend this lens. It's sharp, the optics are excellent, it's well made, and the price point is more than reasonable. When mounted on an OM-1, its wide aperture, coupled with the camera's image stabilization, makes it a great combination. If you are looking for an affordable, well-made, fast prime, this should be on your list for serious consideration.

Will I be buying it? No. Not because it isn't a superb lens, it is. The main reason is that it is not weather-sealed. Much of my photography happens on sandy beaches with fine sea spray and blowing sand. Or, I might have my camera standing in a stream close to the water's surface. I don't want dust and moisture to ingress into the body of my otherwise IP53-sealed $2,000 camera. If I were primarily shooting indoors, it would be a different matter.

There's another reason, too: it's a fun lens, but I don't know what I would use it for. I've got that focal length covered. Furthermore, I've owned prime lenses close in focal length to it and rarely used them. It would be a different story if I were primarily a portrait photographer, and even then, I would be more likely to use the Olympus 25mm f/1.2 lens in the studio. However, that costs nearly five times as much, so photographers on a budget will be greatly attracted to the Sigma.

As I said, this would be a good street photography lens, but only if it isn't raining; I live in England! It's small and light, weighing between 260 g and 280 g, depending on the version you buy.

It would be perfect for indoor still life. However, sadly, with the OM System cameras, this lens doesn't allow focus stacking, so one cannot take full advantage of that shallow depth of field as one can with the OM System Olympus Pro Lenses.

That wide aperture is excellent for low-light shooting, and I can see it appealing to some event and nightclub red carpet photographers. Also, although not primarily a video lens, 30mm is an excellent focal length for shooting video, and I can see people buying it for vlogging.

In short, this is a quality lens, great value for money, and it's a good buy for someone who needs this focal length. You can purchase it here.

Gear / June 16, 2021
Bang For Your Buck: A Table Comparing the Best and Worst Value Cameras for Your Pocket 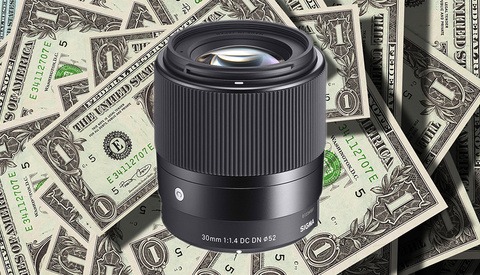 I bought this lens last year and is absolutely worth having. Especially if you're on Canon crop, there is so little ability to use lenses at 1.4 that it's pretty much a must buy.

The only caveat is the potentially severe fringing with high contrast subject matter. Otherwise and most cases it doesn't really show itself or it's very minor.

I'm using mine on a m62, and it actually works better on that then the M50 that I have.