We Review The GoPro HERO 11 Black: Good But Not Groundbreaking

Delivering an updated product once a year every year guarantees a spike of hype and sales, but brings with it some challenges — challenges that continue to get bigger as a product matures and competitors arrive. The GoPro HERO11 Black launched last month, but what do the latest upgrades mean for a company whose value has fallen by 90% from its peak just a few years ago?

GoPro announced the HERO11 Black and Black Mini in September and sent out a bunch of units to journalists to review, myself included. Finding innovative new features to cram into such a tiny form factor every single year must deprive tech teams of huge amounts of sleep as numerous factors collide to increase the pressure to deliver something that grabs the camera-buying public’s attention.

Firstly, there’s inevitably a limit as to how far a product can be reinvented, especially within the space of a 12-month product cycle. Frame rates and bit rates steadily climb in line with expectations. However, what customers are looking for is something that sparks the imagination and opens up new possibilities — something that you could argue hasn’t happened for several years. 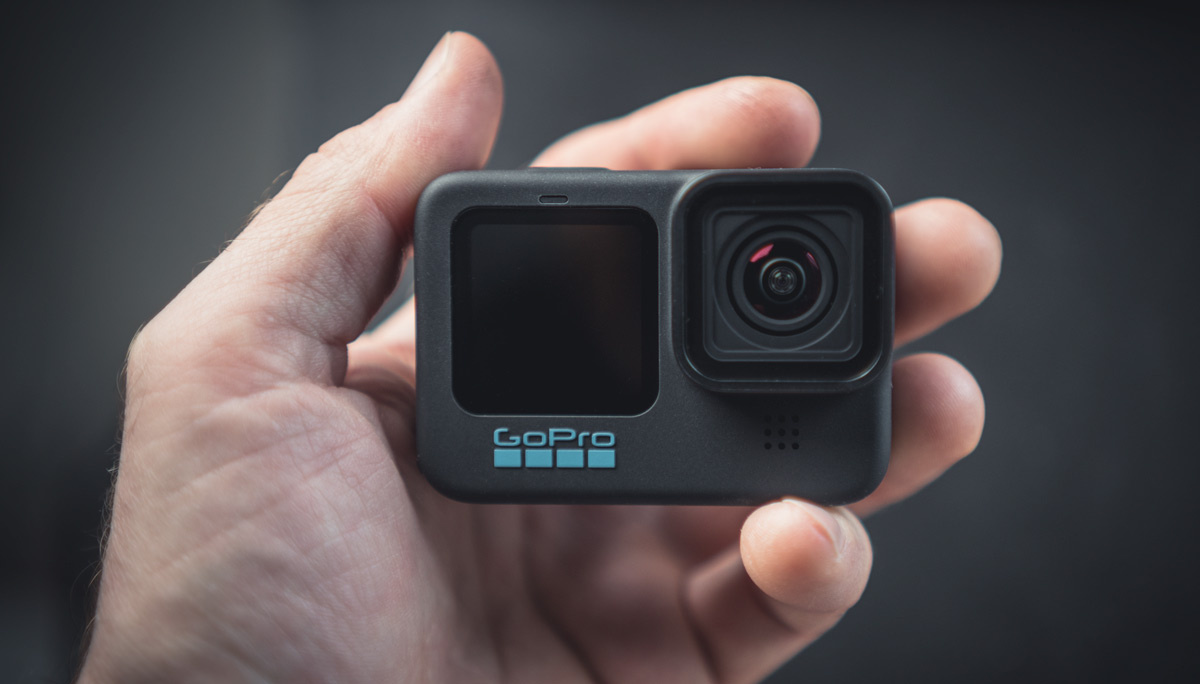 Before exploring this further and figuring out what the future holds for this action camera manufacturer, here’s a quick summary of the headline features that GoPro hopes will convince you to part with your hard-earned cash. If you’re already up to speed with the specs, do some scrolling.

The standout upgrade is to the 1/1.9” sensor that now offers an 8:7 aspect ratio. Measuring 6.4 x 5.6 mm, it’s larger than the 6.17 x 4.55 mm sensor used in the HERO10, and while you’d be forgiven for assuming that action cameras tend to try to be as wide as possible, this new, near-square format creates some interesting options. The influence of 360 action cameras is being felt; you can crop more readily to a variety of formats (think TikTok) and it also facilitates the upgrade to the Horizon Lock feature which keeps your footage rooted in gravity, even if you rotate the camera a full 360 degrees (up from 45 degrees). That 16:9 letterbox rotates around the 8:7 sensor with barely a crop, and it won’t be long before other manufacturers follow suit.

The sensor has also allowed GoPro to create HyperView — an upgrade on SuperView (but presumably a precursor to the forthcoming MegaView, SickView, and HolyCrapView), which squeezes the 8:7 frame into 16:9 while maintaining the 5.3K resolution and offers 4K/120p. Some will love it, some will prefer to stick with its predecessor. The hype in GoPro’s press release claims that it will make your first-person footage “look faster and more heroic than you ever imagined possible,” and they might be right.

The already impressive HyperSmooth stabilization is now version 5.0, which is so good that apparently, it has won an Emmy Award. And there are three new time-lapse features suitable for star trails, light painting, and vehicle tail lights. Other software tweaks include an “Autoboost” mode whereby stabilization settings are decided by the HERO11 itself, and there’s an easy user interface mode for those who don’t want to get lost in menus.

Filmmakers will have already spotted one or two of the stats above: 5.3K/60p, 4K/120p, and 2.7K/240p. You can pull 24.7-megapixel photos from video, which I suspect will always feel like a better option than using the HERO11 to shoot 27-megapixel stills. The final statistic of note is 10-bit color, which should deliver a lot more flexibility when grading.

Finally, both consumers and pros will appreciate the Enduro battery, which has already proven to deliver far better performance.

All of this is impressive, but it’s not mind-blowing. Does it allow users to film from weird angles and in situations where you wouldn’t otherwise take a camera? Check. Does it offer an incremental upgrade on a tried and tested product that’s been delivering results for almost two decades? Check.

Much like smartphones, the days of revolutionary new features that change the market are behind us. Each iteration is a refinement based on ever-improving sensors and the competition, which grows by the year and from an increasing number of quarters. I’d argue that stabilization was the last significant addition, offering users gimbal-like performance in an insanely compact format — something that was relevant to consumers and professionals alike. Eliminating the bounce of a mountain bike was one thing, but it also gave the option to easily create smooth camera movements, and while the sharpening and colors from these small sensors have never felt cinematic, this was a giant leap forward.

For a decade, I worked on charity abseils, taking fundraising volunteers down the side of skyscrapers in central London. I remember as we started to see punters arrive on the tops of skyscrapers with GoPros, asking us to strap and duct tape these plasticky cameras to their helmets. Over time, GoPro’s dominance shifted as DJI arrived and countless GoPro alternatives — usually less than half the price and offering half-decent video quality but little else — took hold. GoPro once straddled the entire spectrum of consumers: consumer, prosumer, and pro. Nowadays, with the ubiquitous competition and, notably, the progression of the smartphone, GoPro’s reign is not what it was.

At the pro and prosumer end, new technology such as the 8:7 sensor in the GoPro 11 will make the headlines, but bit rates and frame rates are equally important as the various manufacturers compete to squeeze the best image quality from these tiny sensors. However, for consumers like myself, these numbers are far less important; those abseiling down the side of a building are less concerned about sharpness when cropping into a 5.3K frame. Stabilization, a front-facing screen, and the range of accessories are much more persuasive, and unless there’s a killer feature — like the HyperSmooth stabilization introduced in 2018 — there’s not a huge amount to differentiate the GoPro from its rivals, beyond the knowledge that this is a company with a proven track record that, for the average consumer, is a recognized brand that, hey, probably makes the best action cameras on the market so why bother reading more reviews.

In addition, phones pose an increasing threat. For consumers, reasons to pull out an action cam instead of a phone are becoming fewer and fewer as phones become waterproof and offer comparable stabilization. Mounts have improved and if you already have a device (one that’s insured, at least) that does the job, why shell out extra for a GoPro? Not so long ago, if you wanted to grab spontaneous footage of your kids at the water park, you needed a GoPro. No longer.

In addition, phones now offer features that action cameras simply can’t match thanks to multiple lenses, hardcore processing, depth mapping, and computational photography. Low-light performance on the latest phones is far superior to the HERO11, and cinematic modes are providing footage that we assumed would be impossible. It’s not perfect, but it’s getting close. If GoPro could blur the background while vlogging, options such as the newly released Sony Z1-VF would be far less appealing. Unfortunately for GoPro, even if they could equip next year's HERO12 with the A15 Bionic chip found in the iPhone 14, they’d also need to fit another lens or two to be able to calculate depth (unless, of course, AI progresses to the point that it can guess the depth without a depth map. Give it another five years).

In its attempt to appeal to different ends of the market, GoPro offer its Creator Kit, refreshed for the HERO11. You get a Volta grip that gives you more battery life and easier controls, along with a tiny lamp and a microphone. I wish I could bring myself to vlog more on action cameras, but I can’t do it. The footage is brutally crisp, and, like many others, the GoPro only comes out of the bag when the weather is doing something obscene and I need to attach it somewhere. Otherwise, my iPhone 11 does a pretty good job, is always within reach, and is far less fiddly to set up. 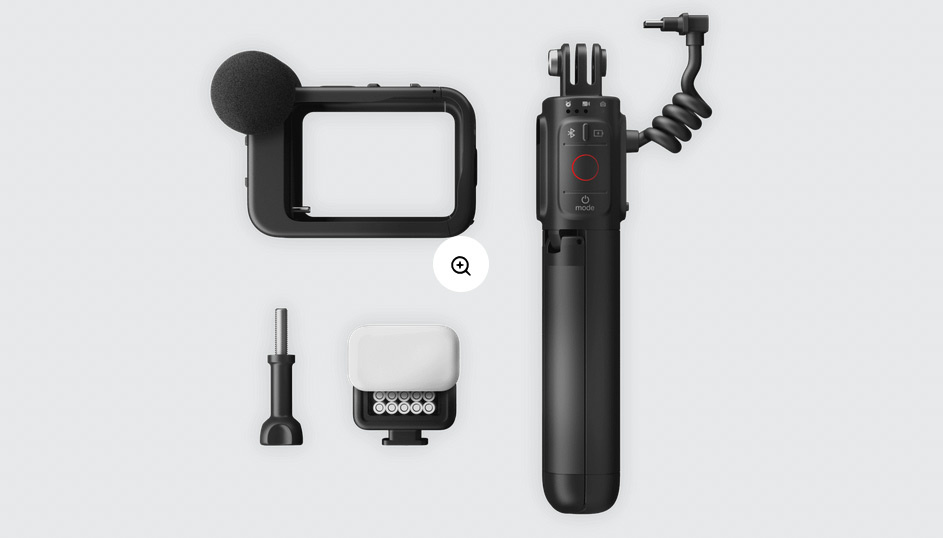 Alongside rival action cameras and the various smartphone manufacturers comes the final threat: the action camera variants. Those rappelling punters I helped attach GoPros and GoPro knock-offs to their helmets throughout the 2010s would all have been better off with 360 camera. Countless magical moments have been lost over the years due to a badly angled action camera. Of course, once you’ve punched into your footage to get the frame that you want, the resolution drops dramatically — but does it matter? To anyone producing high-end 360 content, absolutely. To the punter who wants an amazing view of their descent down a London skyscraper? Absolutely not.

GoPro, the HERO11, and the Future

It’s worth remembering here that it’s only been a few years since rumors of GoPro’s demise were rife. Not long after a $10 billion valuation following its launch on the U.S. stock market, many feared that the company was circling the drain. GoPro’s share price peaked at $93.85 in October 2014, and has since fallen as low as $4.80. Somehow, the market failed to price in the competition in a notoriously competitive market, compounded by some poor decisions from GoPro itself. DJI was muscling in on the market, phones were becoming waterproof, and other cute little gadget cameras were having an impact on GoPro’s share of sales. Then, the Karma drone that was launched in 2016 proved an unmitigated disaster, leading to a complete recall.

Action cameras are far from redundant and sales will continue, but the appeal of these specific devices to every end of the market is long gone as the feature set is no longer unique. While I wouldn’t put it past GoPro to surprise us all and come up with something mind-blowing next year, the company has suffered, and its current share price of $5.13 suggests that it will need to continue to diversify its offerings to ensure its success. The direct sales to consumers, subscription model, accompanying cloud storage, and Quik Auto-Highlight reels that it has set up — heavily incentivized by some smart pricing — could prove to be essential to the company in the long-term, tying customers more deeply to the brand and its ecosystem.

It feels like another 360 camera should be around the corner. Back in 2019, I played with the GoPro MAX 360 (dropping it three stories on our first day of testing and scratching the lens. Oops). I was impressed. Strangely, 360 cameras have come a long way since then, and yet, GoPro hasn’t brought anything new to the market. I asked GoPro if there were any plans and received the following response: “We continue to be happy with the reception and performance of MAX, and the spherical market is definitely a valuable one to us.”

If you need a new action camera, the GoPro HERO11 Black is a solid choice. For filmmakers it offers some compelling upgrades, but for consumers, it doesn't bring anything groundbreaking, and many would be better off with a new case for their phone that includes a few mount options or a 360 camera that offers much more versatility given the small form factor. 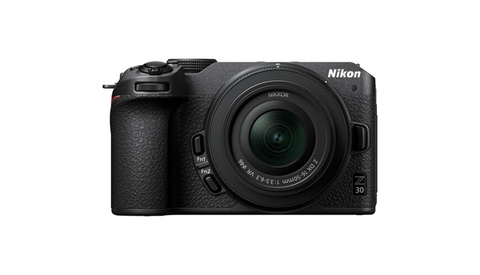 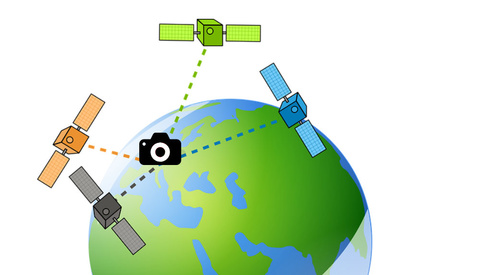 Gear / August 13, 2021
Instead of Praising Nikon, We Should Be Asking Why the Industry Has Been So Slow To Replace GPS With GNSS