When Less Is More: We Review the Benro Tortoise 24C Tripod

Choosing the right tripod often means finding the balance between portability and durability. How does a tripod with no center column add more flexibility to your setup?

Tripods provide a lot of help to the work of photographers and videographers. To some, they are even essential. However, having the wrong kind of tripod can also be counterproductive. For a landscape or outdoor photographer, having a tripod that adds significant weight or bulk to the gear you carry with you definitely has effects on how well you perform when shooting in addition to how tired you get after getting all the images you need.

There are general purpose tripods that have common functions and features such as varying leg angles or number of sections, twist or clip locks, different kinds of heads, and center columns. However, there are also tripods that were made for specific uses that will make it either easier to use or easier to carry. This particular tripod, the Benro Tortoise TTOR24CGX30, seems to fit both.

This is a four-section leg tripod that is only 21.3 inches long when fully folded and can be as high as 51.18 inches when it is fully extended. Having four sections allows this tripod to pack a bit more height amidst the very short folded length. 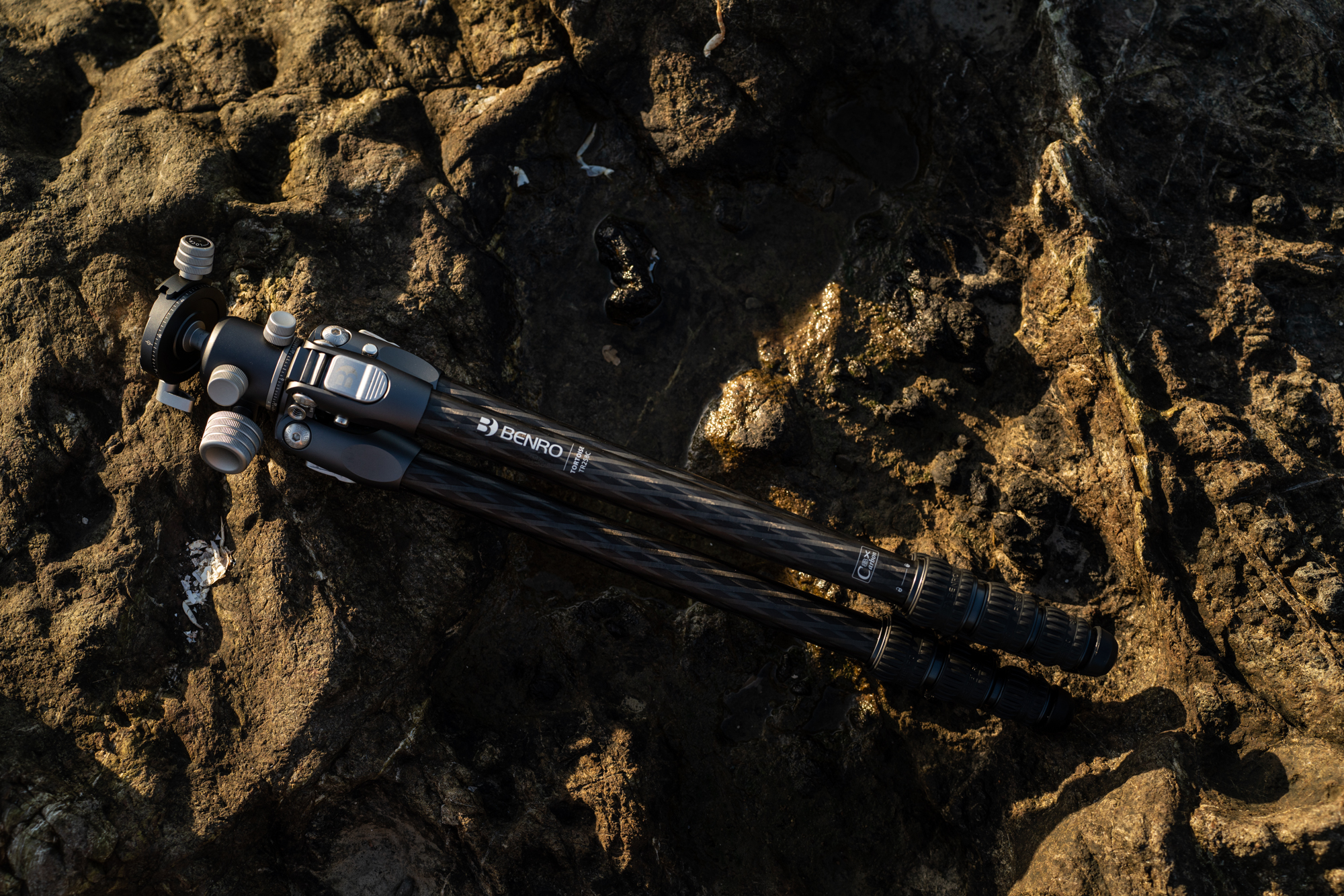 This carbon fiber travel tripod only weighs 1.51 kilograms but can carry a load of up to 14 kilograms in camera gear, which is significantly heavy compared to how much it weighs and can virtually carry the usual landscape camera gear setup.

The legs have a twist-lock mechanism that generally makes it less bulky when folded and gives it a thinner width altogether. Depending on the user, this can also be an option that is faster to unfold and set up compared to clip-lock options. Near the central joint of the tripod are unlock buttons that allow you to spread the legs of the tripod wider with different angles. The three legs can be set to different angles, which adds more flexibility when shooting on uneven ground. On the side of each leg are also release buttons that help the tripod hold the set angle, ensuring that the leg won’t release even with considerable weight atop the device. 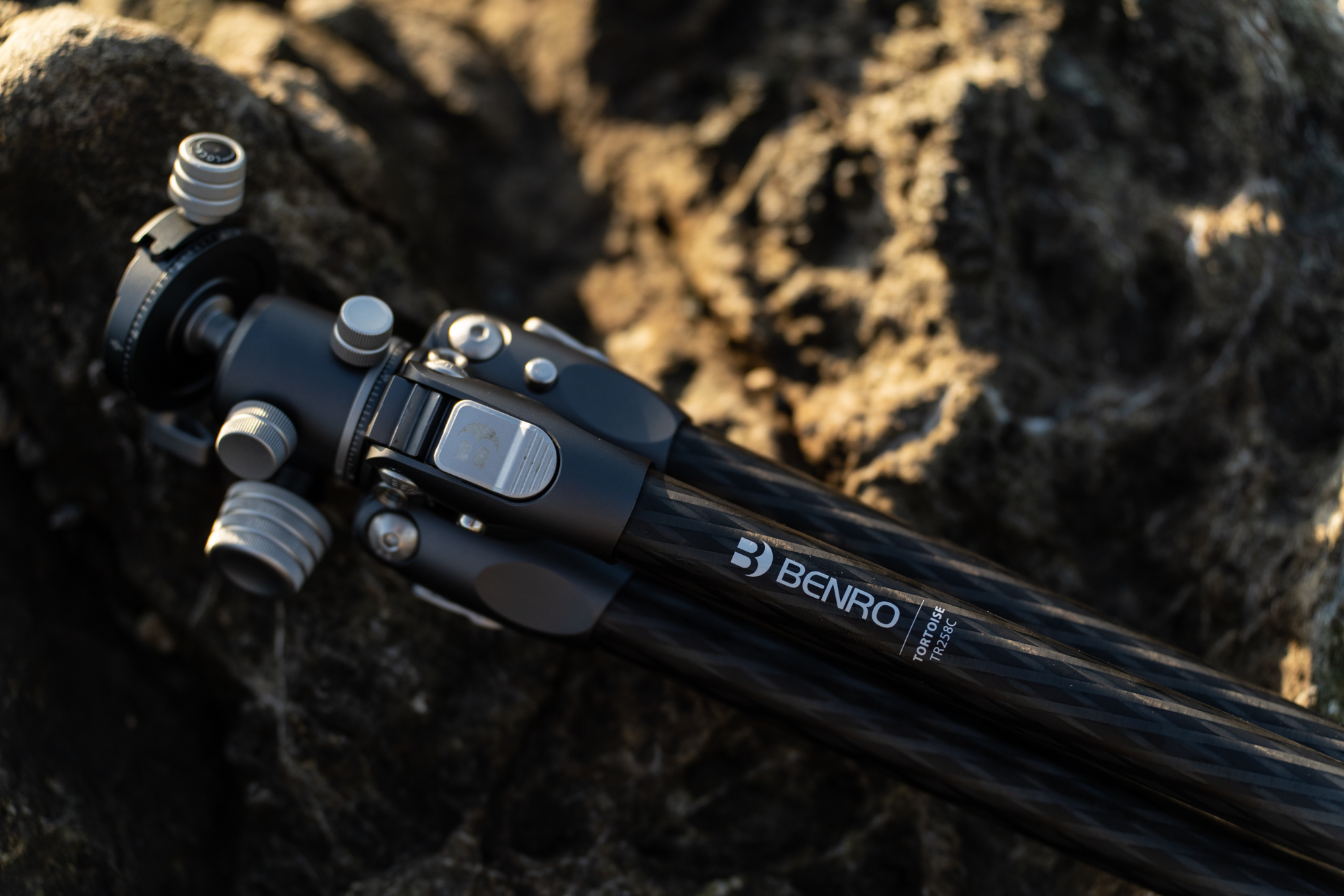 Each of the gaps between each leg on the central joint has a 1/4 inch screw thread, which can be used to mount additional accessories such as friction arms or hooks. Of course, the main feature of this tripod line is the simple fact that it doesn’t have a center column. Instead, the ball head connects to a stationary 3/4 inch stud that itself is connected to the center of the tripod. Below this is a simple hook for hanging counterweights or accessory loops. 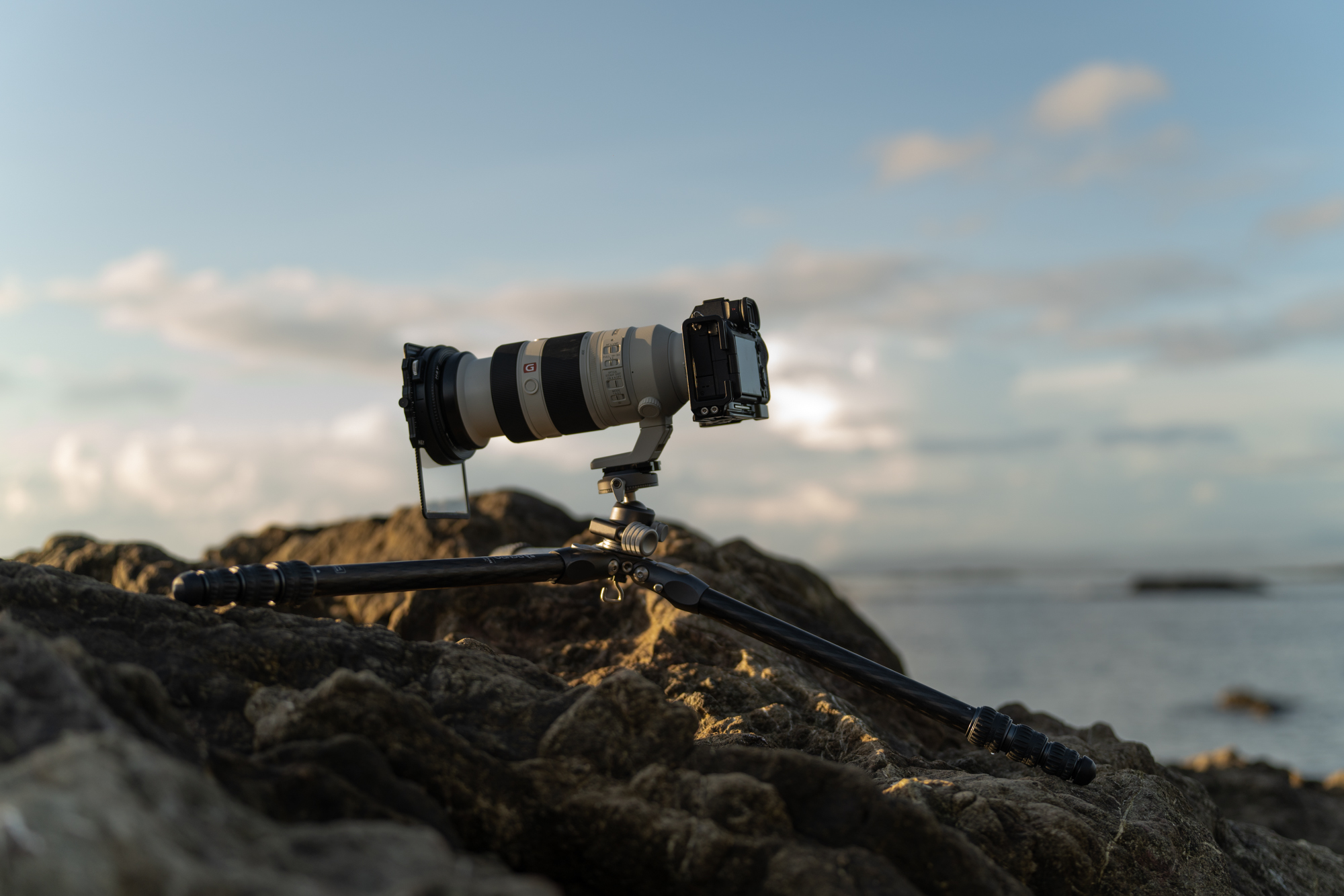 The absence of the center column allows for a much lower ground clearance when the legs are at their widest angle of spread. This makes the central joint just 2.7 inches from the ground or 7.48 inches (ground to camera) when you factor in the height of the GX30 ball head. 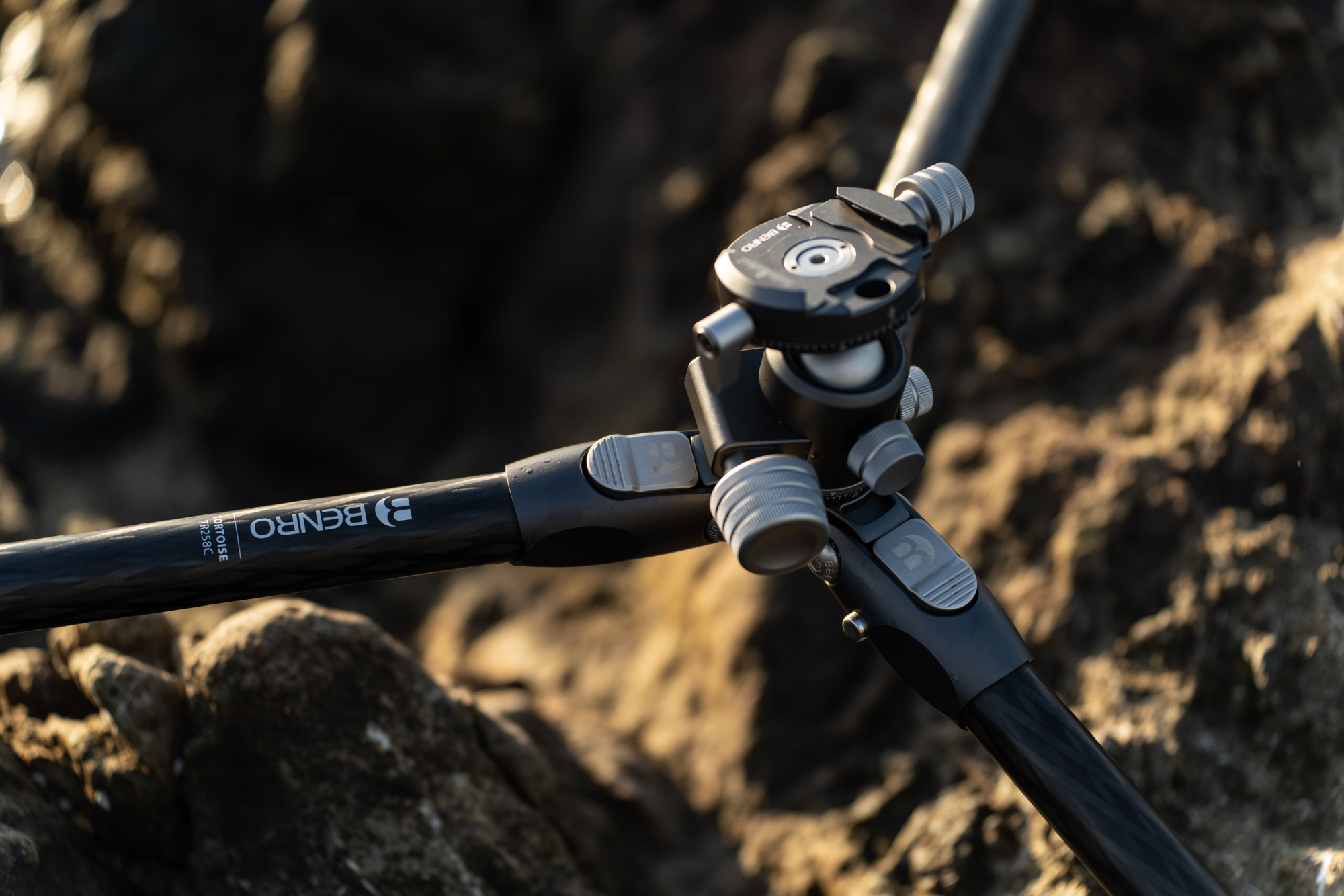 This particular variant includes the GX30 ball head, which has a main friction knob that controls and releases the ball joint, a finer friction knob for more precise adjustments, and a smaller knob that releases the bottom part that allows the head to pan 360 degrees. Connected to the ball is an Arca-Swiss type quick release clamp that can take in any Arca-Swiss compatible baseplate or L-bracket. Opposite the QR clamp knob is a lever that unlocks the upper platform and allows the quick release clamp to pan independently of the head or the ball.

The Benro Tortoise line has quite a number of available variants that differ in height, payload, and ballhead options. The TTOR35CGX35 is 22 inches when folded and 61.4 inches when fully expanded, with a 15-kilogram payload and a bigger GX35 head. The TTOR34CGX35 has the same head and folded height but only has three sections, making its maximum height only 56.3 inches. The TTOR14CGX25 has much thinner legs, which makes it also less bulky when folded. It has the same size as the one reviewed above when folded (21 inches) and same maximum height of 51.18 inches, but has a lighter payload of 10 kilograms (4 kg less). The Tortoise line also has a small tabletop version, the TTOR03CGX25 which is only 5.9 inches when folded, 12.4 inches at most, but can carry 8 kilograms of gear — quite impressive for its size.

While it is obvious that this tripod can have applications on almost any genre that needs a tripod, it has features that can be more beneficial in some and of less value in others. The key features of this tripod come mainly from its portability, flexibility, and capacity for additional attachments. Having said that, the Benro Tortoise is definitely beneficial for outdoor photographers, landscape photographers, and travel photographers with standard full frame gear. An exception would perhaps be wildlife photographers who might require more height and more payload for their heavier supertelephoto lenses. 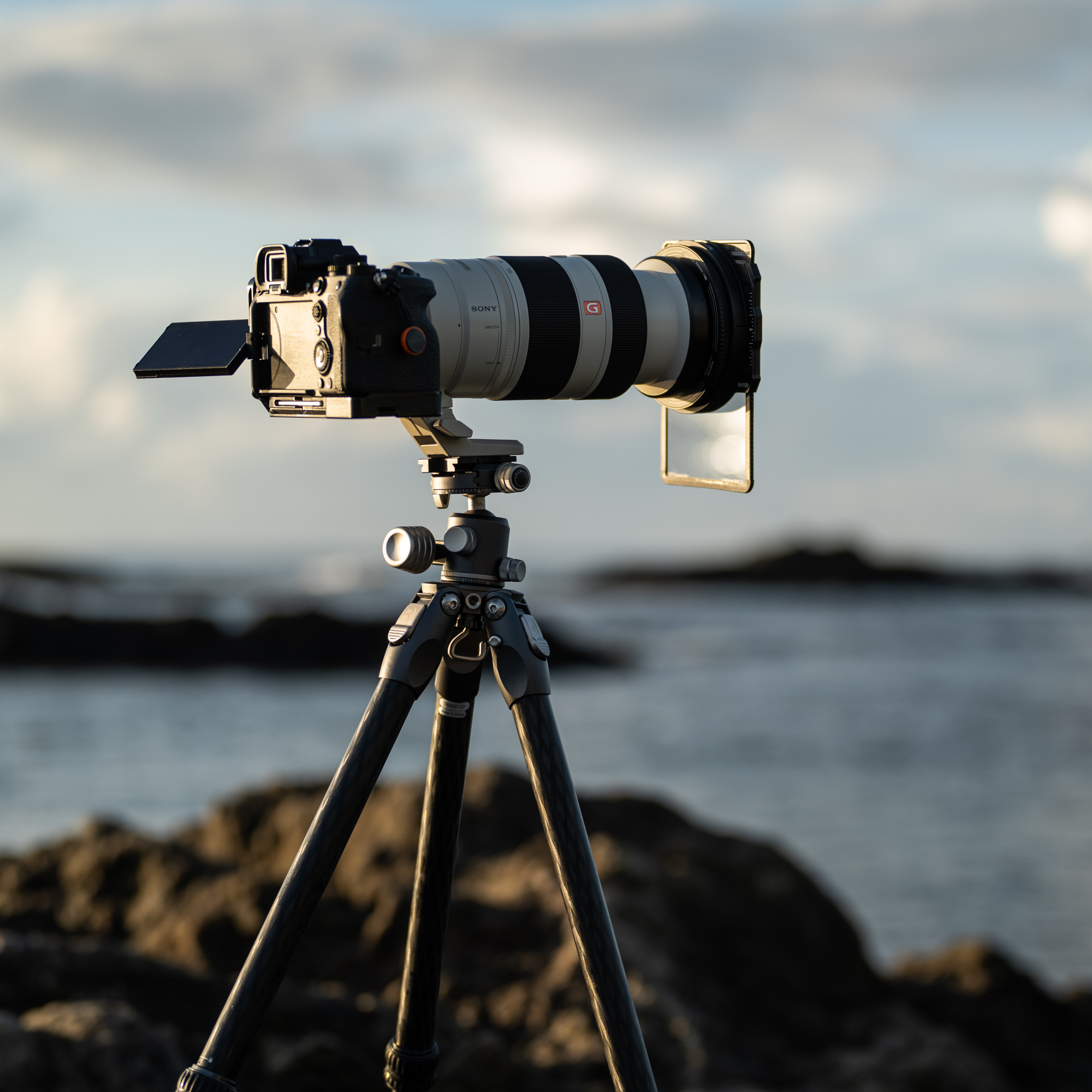 The absence of a center column can be beneficial for shooting very low angles without having to tinker so much with the tripod. Other options for such a configuration are tripods with horizontal center columns. However, in my experience, they can be a bit of a chore to set up for low-angle shots. 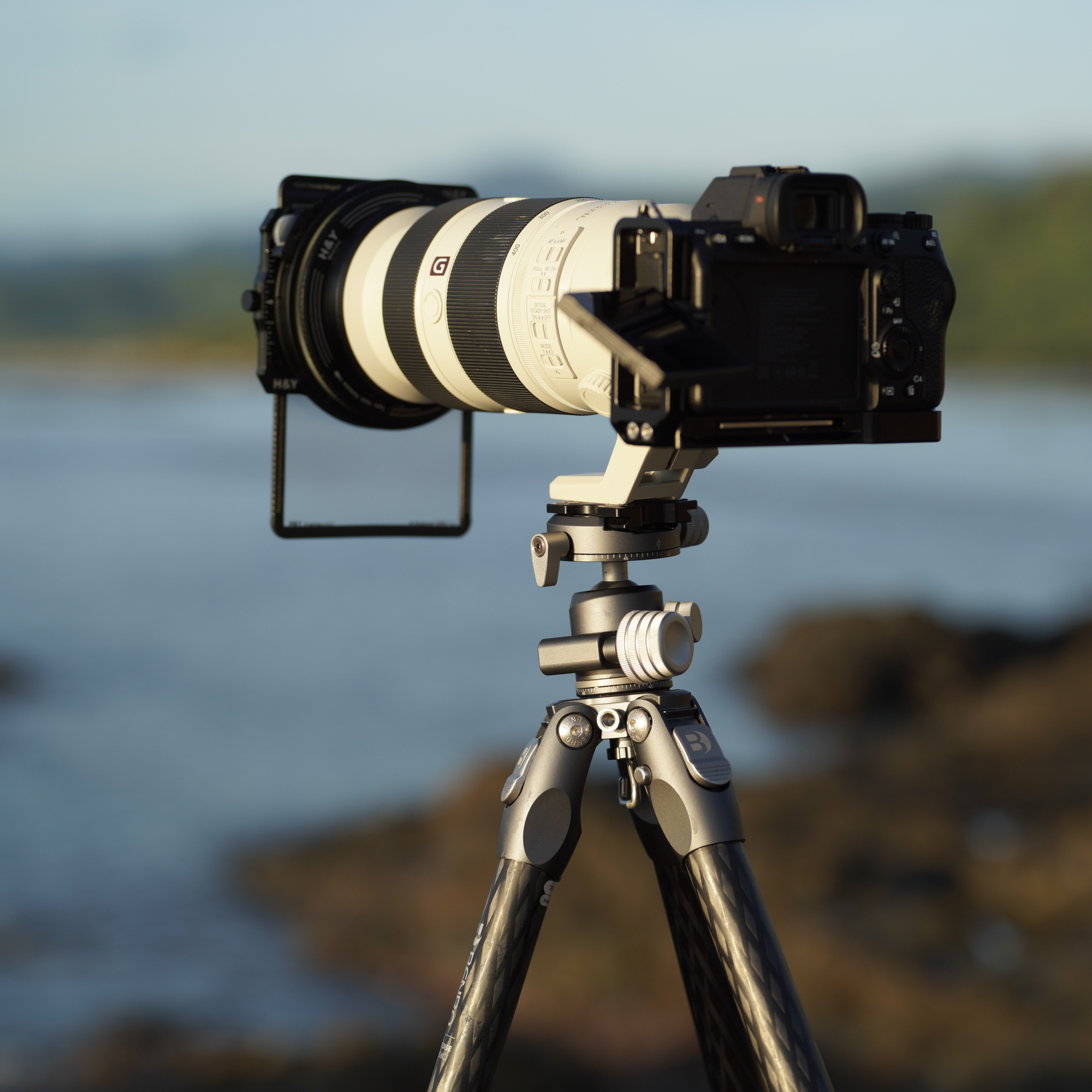 This tripod might not be the best option for any kind of photography that would require significant flexibility in terms of height such as architecture or interiors, as well as shooting top shots or flat lays. The Benro Tortoise line offers benefits in minimizing your gear, especially when long travels on foot are required.

The Benro Tortoise TTOR24CGX30 is a compact and surprisingly capable tripod that makes it easy to carry along with you wherever you go. You can purchase it here. 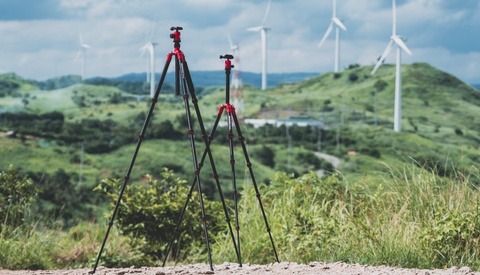 Gear / August 29, 2019
The Standard of Entry-Level Travel Tripods: A Review of the Manfrotto Element Traveller Series 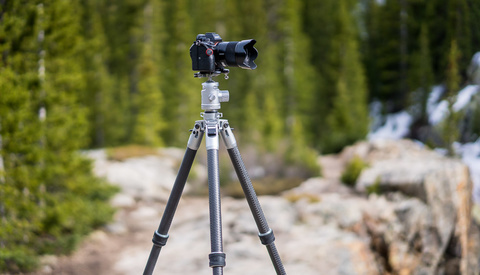 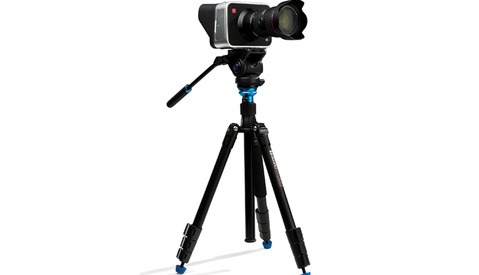 Gear / September 22, 2014
I Asked for a "Mythical" Video Travel Tripod, and Benro Made It a Reality with the Aero 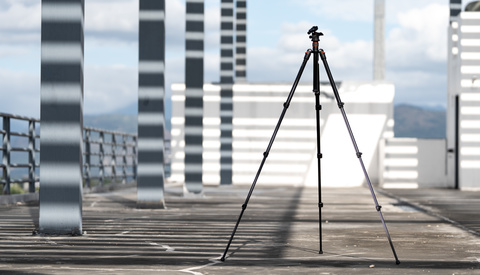 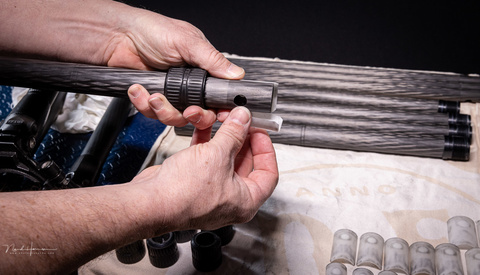 Education / May 1, 2022
How To Clean a Tripod in Five Easy Steps
Log in or register to post comments
3 Comments

Great review. I reviewed the Benro Tortoise TTOR14C-GX25 9 months back and I was so impressed that I bought it instead of returning it to Benro.